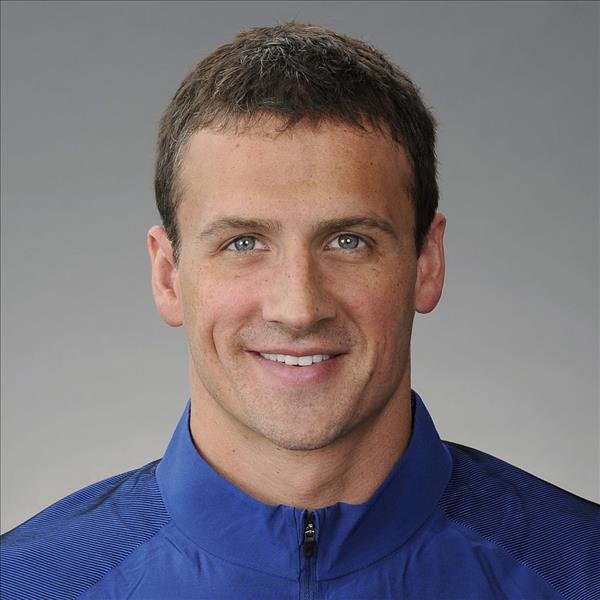 Star Olympian Ryan Lochte has stuck by his story that he and three other American swimmers were mugged at gunpoint in Rio de Janeiro last weekend. As far as Brazilian police are concerned, Lochte is lying.

The police early on had doubts about the 32-year-old swimmer’s veracity.

First, the Rio cops learned on social media that four Americans had reputedly been mugged — a story Lochte told in hair-raising detail to the U.S. media — said Civil Police chief Fernando Veloso at a press conference Thursday. Detectives hit the streets to find out if this stain on Rio’s reputation as a host of the Games was true.

They tracked down witnesses, including three of Lochte’s fellow swimmers at the scene, reviewed surveillance tapes and made a ruling on whether the accounts looked or sounded like a robbery.

Police concluded that the only crimes committed were by Lochte and his cronies. Either one or all of them vandalized a gas station, which initiated a confrontation with security guards, Veloso said. No criminal charges were initially brought because the athletes coughed up a small amount of money to pay for the damages, he said.

“The surveillance tapes show that there was no violence against the athletes at the gas station,” Veloso said. “Their claim that they are a victim of an assault or robbery or any kind of violence is not true.”

The Brazilian police have now interviewed the other three swimmers with Lochte — James Feigen, Jack Conger and Gunnar Bentz — and confirmed no robbery happened that night, Veloso said. Lochte returned to the United States before police could secure his passport to ensure his availability as they did the others.

Veloso says the other swimmers say it was Ryan Lochte who created the lie. “The only person that continues to say there was a robbery is (Lochte),”Velso said after the press conference.

The investigation showed security guards stopped the athletes from leaving the station until police could be called about the vandalism; and one did pull a gun on Lochte after he became angrily confrontational, Veloso said.

But Veloso insisted there was no evidence the guard’s actions were unreasonable, and he only used the gun to control Lochte, whom the police chief described as drunk.

“They — the security guards and everybody — they are really saying that Ryan Lochte was the one kind of responsible,” Veloso said. He emphasized, however, that the ongoing investigation still had not conclusively assigned blame.

Still some of the four swimmers’ fellow athletes aren’t so sure that at least extortion didn’t take place. Two sources told CNN that the athletes admitted urinating behind the building and then that “police” showed up and one held up a badge.

Soon the athletes were handing over money, although the sources did not say how much.

It was not a negotiation, the sources said. The “police” made a money gesture with their hands and regardless of how it started, the swimmers had a gun pointed at them and they were not allowed to leave until they had given the money, the sources said.

On Sunday, Lochte gave a chilling account to NBC, which is broadcasting the Olympics in the United States, saying the swimmers’ taxi was pulled over and men flashed a police badge at the Americans before forcing them to the ground. After Lochte refused to get down, he said a man cocked a gun and pressed it against his head.

But he changed his account slightly Wednesday, NBC reported, saying the men were robbed after using a toilet at a gas station. Lochte said two men tried to force them to the ground, one pointing a gun inches from him when he refused.

An attorney for Lochte, Jeff Ostrow, brushed off suggestions of conflicting stories, saying the four swimmers’ accounts “are 95% consistent.”

He says his client, who won his sixth Olympic gold medal in the pool in Rio, has been cooperative with authorities and has not been asked again for assistance. Brazilians are working with U.S. authorities to get Lochte interviewed, Veloso said.

Ostrow said the gun was pointed near his client’s head, not against it, adding the difference was just “a matter of inches.”

Public speculation about the incident was fueled by the release of a video obtained by the Daily Mail, which it said was filmed shortly after the reported robbery.

The video appears to show the four swimmers returning to the Olympic Village, and in possession of high-value items that might be expected to have been taken in an armed robbery.

The conflicting stories prompted a Brazilian judge to issue warrants for the seizure of the Americans’ passports so they couldn’t leave the country before they were questioned. Conger and Bentz were taken off an airliner on Wednesday night and Feigen’s attorney in Brazil made arrangements for him to come in for questioning after the press conference Thursday.

But Lochte had left the country either Monday or Tuesday — before the warrants were issued.

“He’s the victim. He didn’t commit a crime. Same with the other guys,” Ostrow said.

“The story needs to be about 20-something-year-old kids pulled off an airplane, they’re being detained to testify to police?” Ostrow said. “C’mon.”

At this point the police, Velso said, the police just want to nail down the truth. While it is possible that criminal charges might be sought against one or more of the athletes, it is unlikely at this point, he said.

The owner of the gas station is not pressing charges for damage to property after the athletes paid 100 Brazilian reals and a $20 bill for the damages, Velso said. The other potential charges include false communication of a crime but this too seemed unlikely since the athletes did not bring their charges to authorities, he said.

“This kind of crime will not lead to their arrest,” Veloso said.