First Warning Forecast: Our temps are going down, but our storm chances are going up 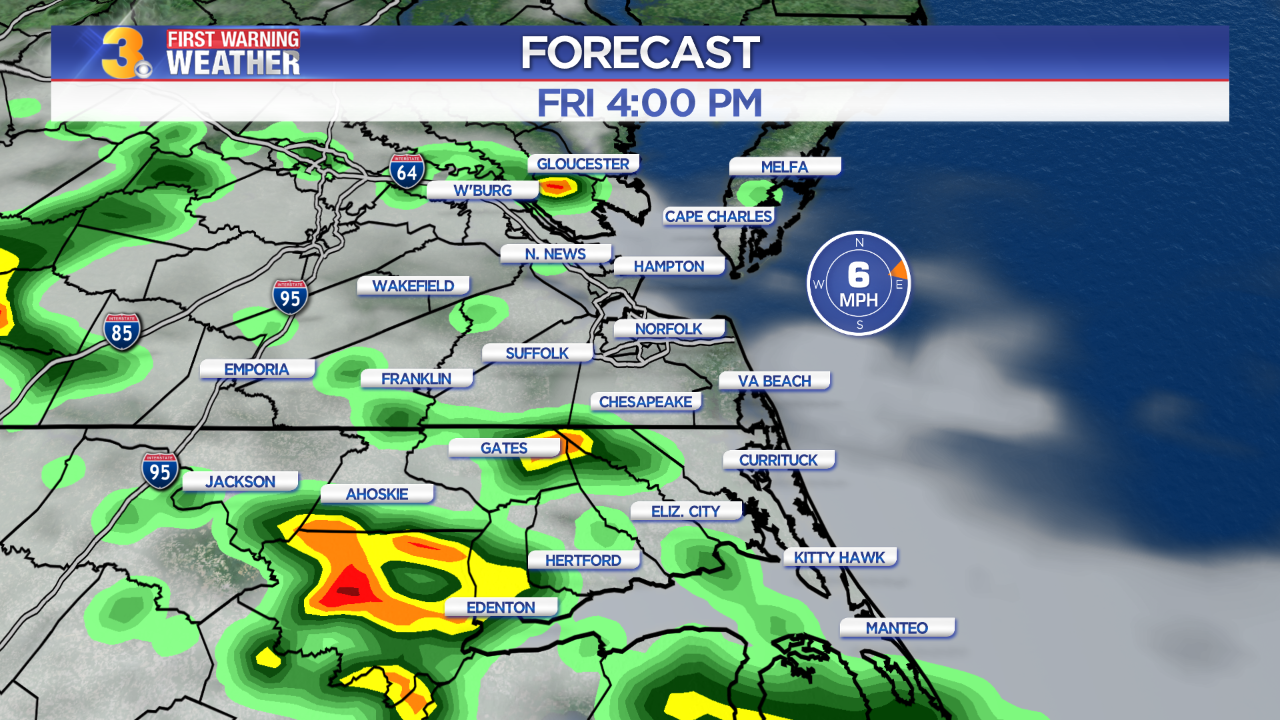 Track rain and storms in your community with the News 3 Interactive Radar HERE.

Our temps are going down, but our storm chances are going up….We’re going to get a nice break from the extreme heat over the next several days, due in part to showers and storms.

As we move through our Thursday, expect a few scattered showers and storms courtesy of a stationary front draped over the Mid-Atlantic. Any storms that develop could produce heavy rain and localized flooding. Otherwise, expect a mix of sun and clouds. Highs will be in the upper 80s and lower 90s. Heat index values will rise into the upper 90s to near 100. This evening, a few scattered showers and storms are possible. Again, some of the rain could be heavy. We’ll see partly cloudy skies otherwise with low temperatures in the mid 70s.

Keep your umbrella nearby over the next several days. The stationary front will linger over the Mid-Atlantic into Friday and the start of the weekend, giving way to scattered rain and thunderstorms. Keep an eye out for localized flooding. Highs will be in the upper 80s on Friday and in the mid 80s on Saturday.  A cold front will move in from the west by Sunday, giving way to more storms. Highs will warm into the upper 80s ahead of the front. Then, next week, get ready for even cooler temperatures. We’ll see highs in the lower 80s by Tuesday and Wednesday.

Tropical Storm Fiona maintains its strength as it moves over the open central Atlantic. Fiona is located about 1095 miles west of the Cabo Verde Islands and is moving WNW at 8 mph. This motion is expected to continue over the next couple of days. Maximum sustained winds are near 45 mph with higher gusts. Some additional strengthening is possible over the next couple of days, followed by slow weakening by the weekend.