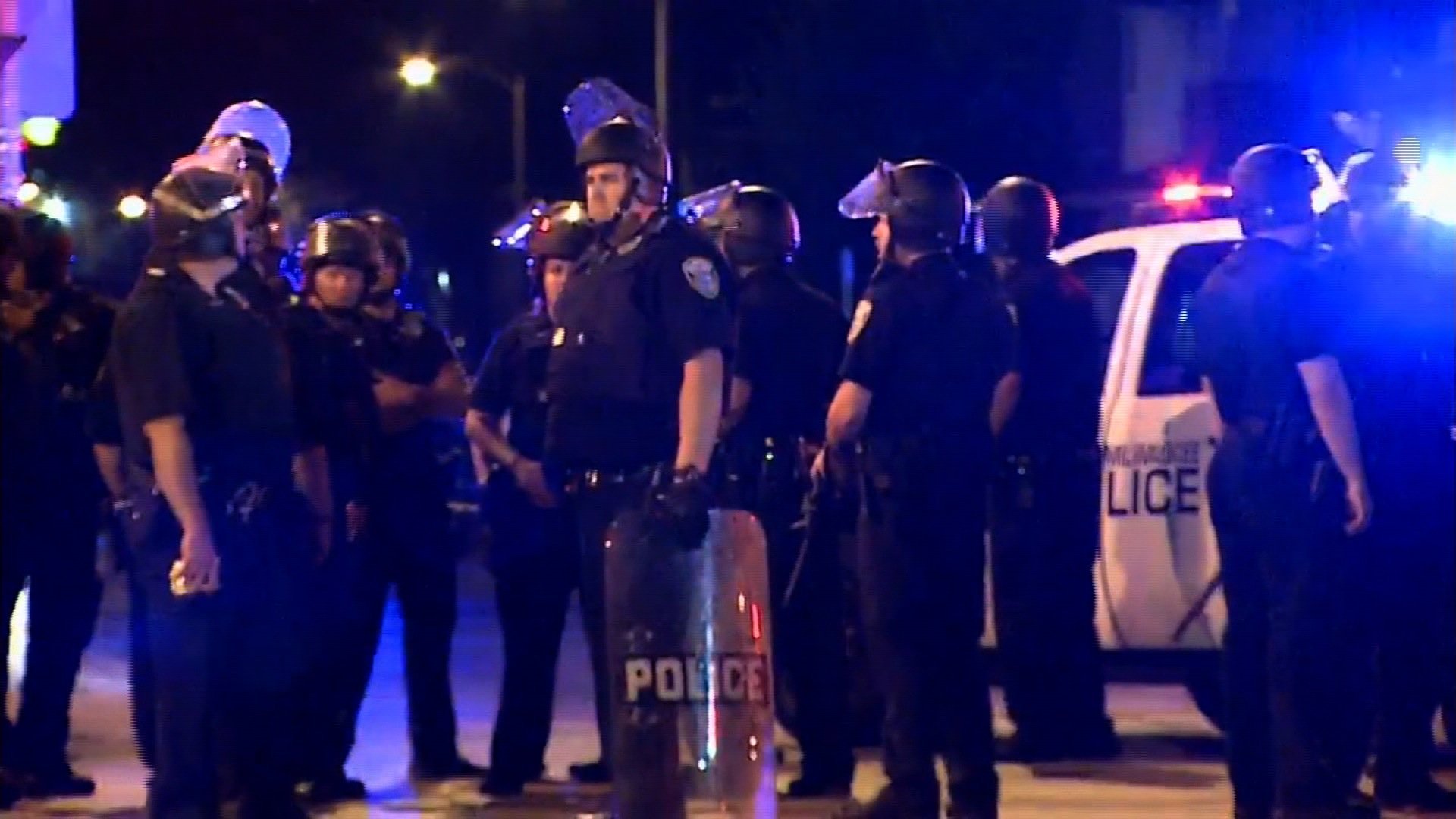 Sylville Smith and the Milwaukee police officer who fatally shot him had crossed paths before a lethal encounter that led to days of unrest, according to Smith’s relatives and friends.

A city long marred by racial strife erupted in violence over the weekend after the police officer shot the 23-year-old in the arm and chest when Smith failed to put down his handgun, city officials said.

A pair of officers had stopped Smith and another man in a car Saturday afternoon when the men bolted on foot. Smith was black, as is the unidentified 24-year-old officer who shot him.

Smith’s sister, Sherelle, said her brother and the officer attended the same school at one time. “The officer knew him personally from high school and he still shot him,” Sherelle Smith told CNN on Wednesday. “He didn’t like my brother. The officer had a career, but my brother was more popular. He used to harass Sylville.”

Milwaukee public school district spokesperson Katie Cunningham told CNN that Smith and the officer named in local media as having shot him did not attend school together, according to their records. CNN has not independently confirmed the name of the officer, and police have not named him.

CNN contacted Sherelle Smith again on Thursday about the school district’s assertion that there is no record of the two having attended the same school. Smith said the school is wrong, “They knew each other from school and the neighborhood.”

A source close to the family — without elaborating — accused the young officer of having a “personal vendetta” against Smith.

Sgt. Timothy GauerkeI, a Milwaukee police spokesman, said he was familiar with reports that the men attended the same high school and knew each other but could not confirm them.

The officer’s name and photo have been widely circulated on social media, with angry comments from people who have threatened to have him killed.

Some online posters described encounters with what they said was an overzealous officer.

A Sherman Park community activist, Goddess Mathews, 30, said it was known in the neighborhood that the officer and Smith were onetime classmates.

“No one doubts the officer knew Sylville. How could he not?” she said.

Mathews remembered Smith as a popular hip-hop dancer and the officer as an “aggressive” cop who was not well liked in the community.

“Yes, a black man did the shooting but he was wearing a blue uniform with a badge,” she said.

“He represented the mentality that people around here are less than human. We’re enemies of the state.”

Mathews said many Milwaukee police officers treat residents of the predominantly black Sherman Park neighborhood with dignity and respect but the man who shot Smith wasn’t one of them.

“He was like a tyrant,” she said. “He took a very aggressive approach on the street.”

The cop has six years of service with the Milwaukee police — three as an officer, officials said.

The officer has been placed on administrative duty during an investigation. Police have been stationed outside his home and local media reported that he has been staying elsewhere.

Mathews said the officer was a familiar figure in the hip-hop nightclub scene.

“He could be overly aggressive out here but, in a room with 200 of us and without his badge and uniform, he wasn’t so tough,” she said.

Deandre Ueal, 25, said he knew Smith from the Boys & Girls Club and the officer from the local basketball courts when they were younger.

Ueal said the officer had a reputation “for messing with people for no reason” and always seemed “eager to bust people up.”

As for Smith, Ueal said, “He grew up rough. We all grew up in poverty. It was hard.”

Cedric Jackson, who retired in 2011 after more than two decades as a Milwaukee police officer, told CNN that he didn’t know the cop involved in the Smith shooting. But Jackson said younger officers are taught to show people in the community “who’s boss and keep them in fear of you.”

There also are frequent attempts to humiliate people in impoverished sections of the city, Jackson said.

“During questioning or stops, officers would often ask black men, ‘Are you working?'” he recalled. “When they said, ‘No,’ the officer would say, ‘What a shame. How can you consider yourself a man and not work? If I had children, I’d shovel s— if I had to.'”

Police said the officer shot Smith after he failed to comply with orders to put his gun down, which was loaded with 23 rounds — more than the officer was carrying.

Smith’s sister, Kimberly Neal, mourned a brother she described as a high school graduate who played basketball, not a “man with a lengthy arrest record” described by police.

Protests over the shooting turned violent over the weekend as at least six businesses were torched, cars were burned and four officers injured in the clashes.

The damage was not as extensive Sunday night, but shots rang out in three locations, and an 18-year-old man who was struck in the neck was hospitalized, police said. At least seven officers were wounded, including some who were hit by rocks and bricks.

The area has been calmer in recent days but the shooting brought festering racial tension to the surface. Community leaders said the violence was a byproduct of inequities, injustice, unemployment and lack of educational opportunities.

On virtually every indicator of racial inequality, Milwaukee consistently ranks among the worst five cities in the country.