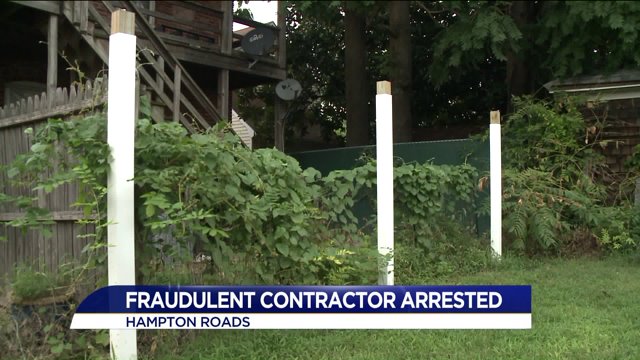 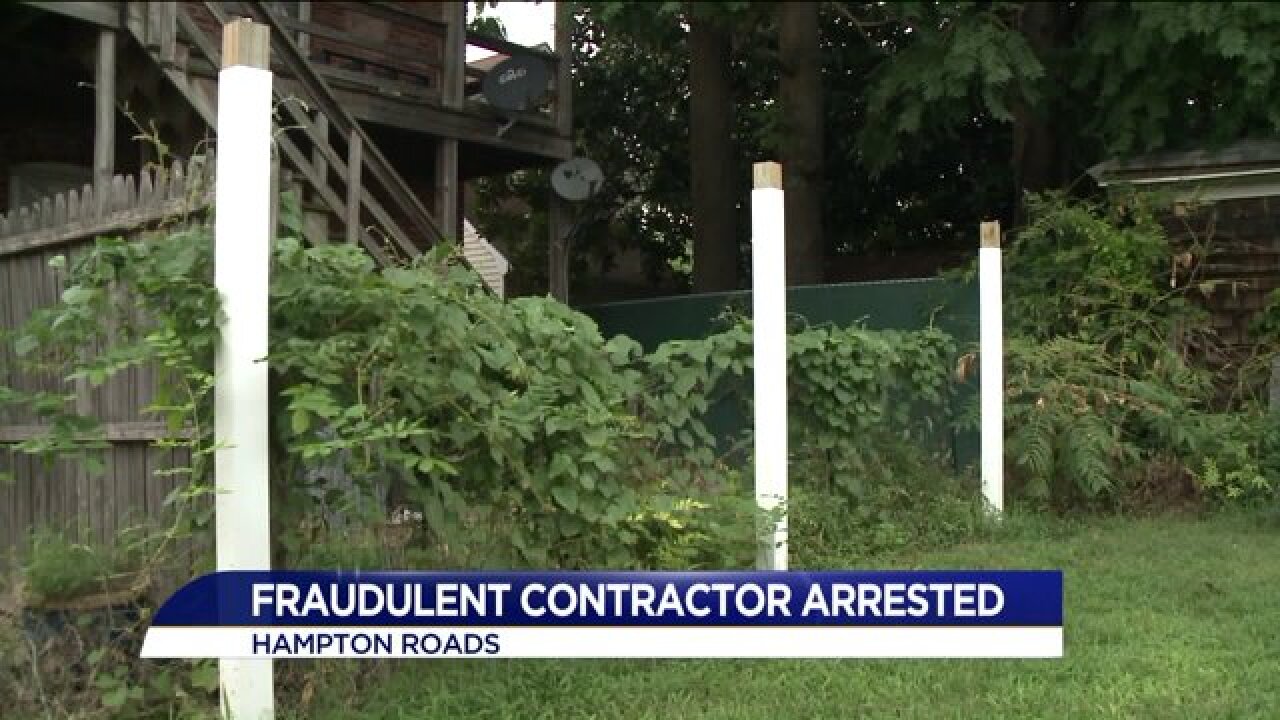 Sheriff's deputies arrested a Virginia Beach contractor for fraud after his victims said he hasn't done the work promised.  The unlicensed contractor, Richard Warren Gentry has conned at least 25 families across Hampton Roads according to court documents. Gentry is in custody at Chesapeake City Jail.

Kristina Chapman said Gentry conned her in May 2015 when he agreed to do landscaping and connect her back porch to the house and screen it all in. Chapman paid Gentry a $3,000 deposit up front for the $6,000 job. The work was never completed. She said she's glad he's in jail after all he's done.

"He needs to be there. You can't take from people and not do a job. If you say you're going to do a job, you do the job especially if they've already paid you," said Chapman.

"He said he could do it for $3,000 to pay $2551.50 up front," said Cherry. Gentry started the work by putting up the posts for the fence, but never returned. Cherry said he reached out to Gentry to no avail.

"I more or less demanded a time frame of reply. After that I realized he was never going to call me back," said Cherry.

News 3 first reported on Gentry in May when the Miller family said in an exclusive interview Gentry stole $5,000 from them and never built a new deck.

Chapman got all the money Gentry owed her one year later.  She said persistence was key. She easily won the case against Gentry in court, but getting the money back was a long process. Chapman said it was up to her to collect the money.

"We ended up landing on putting a lien on him. That turned out to be the best way to do it because we worked with a great Sheriff," said Chapman.

Gentry's former customers said there are red flags they should have seen.

Chapman said, "He wasn't as detailed in his plan of work. Other people were wanting to sit down and draw up everything, whereas he wanted to show me his past work, look at what I've done, I'll do something similar."

Cherry said, "Don`t always trust what you see. Maybe look into it, maybe hire somebody to look into it for you."

The Millers initially said they were more frustrated Gentry had conned so many families. Now, they're glad he's behind bars.

"Obviously if he's behind bars, he can't steal from others."