LANDOVER, Md. - Washington's third-string quarterback, Nate Sudfeld, connected with fellow rookie Kendal Thompson for an 18 yard, one-handed touchdown catch with 29 seconds to play in the fourth quarter. That TD strike propelled the Redskins to a 22-18 preseason victory over the New York Jets.

Franchise QB Kirk Cousins warmed up  but was a healthy scratch. Cousins joined Josh Norman, Ryan Kerrigan, Will Compton, Jordan Reed and others as starters who sat out preseason game number two.

Head coach Jay Gruden says he expects to play his starters "a lot" in the team's third preseason game next Friday. "We're going to treat Buffalo very seriously and prepare and get [them] some good work next week," Gruden told reporters after the game. 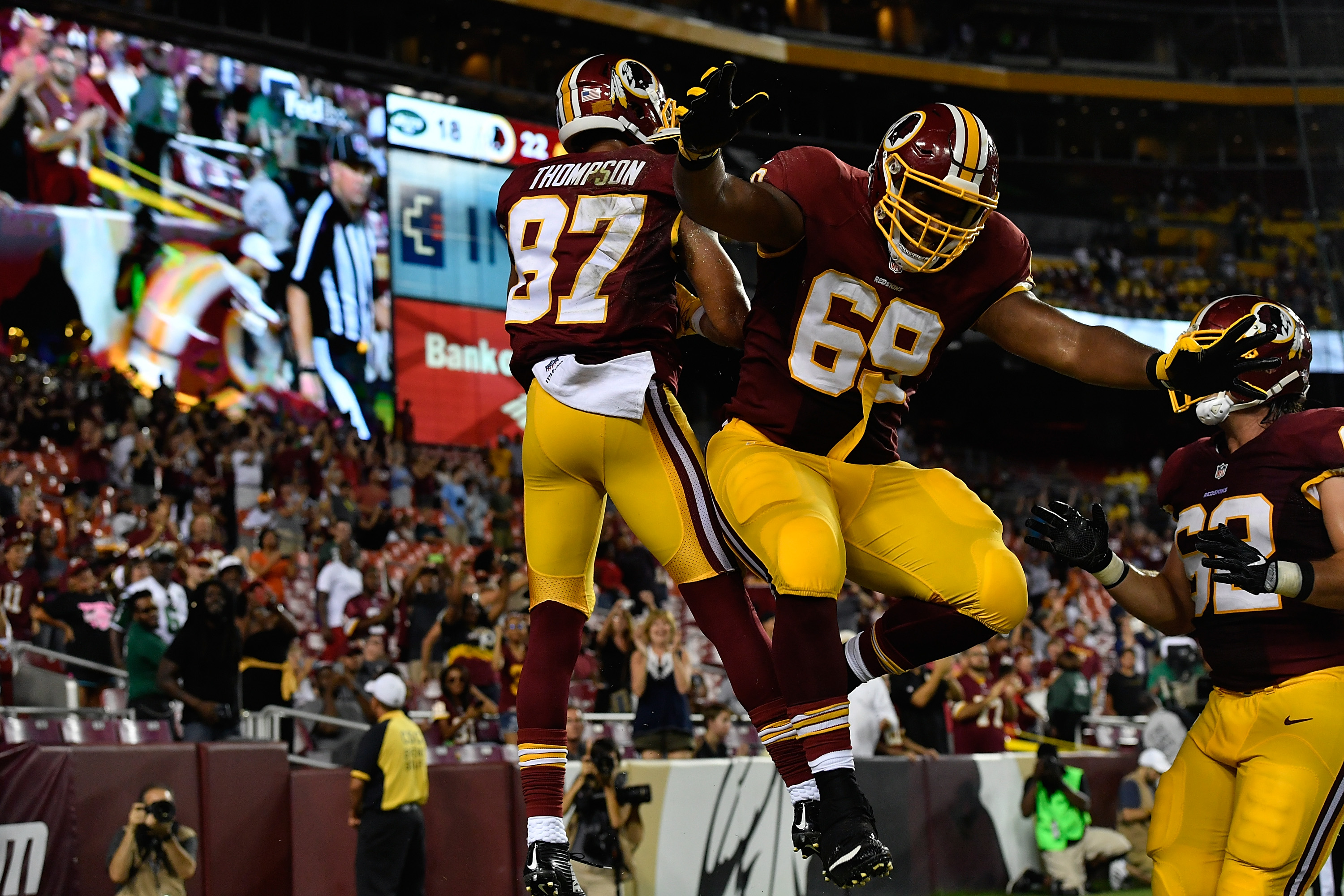 Number one tailback Matt Jones did play, but left the game after landing hard on his left shoulder in the first quarter. X-rays determined the second-year back has an AC sprain. It's unknown how much, if any time, he'll miss.

The Redskins return to preseason action next Friday against the Buffalo Bills. Kickoff is set for 7:30pm at FedEx Field.