With goat-leather leggings and a brown bear fur hat, the 5,300-year-old mummy must have strutted the Alps with an eclectic style.

Otzi the Iceman left behind his leather-heavy wardrobe and a slew of his accessories when he died in the Italian Alps several millenniums ago.

Discovered in 1991 poking out of a glacier, Otzi is one of the oldest mummified people ever found. Egyptian mummies are several hundred years younger.

Since his discovery, nearly every part of him has been analyzed — from what he may have sounded like, the contents in his stomach to how he died. For the past 25 years, his mummified body has been a window into early human history, providing a peak into what life in the Alpine region was like during the Copper Age.

His wardrobe and collection of weapons received scrutiny from researchers who cataloged their findings in the journal Scientific Reports this week.

The mummy, also known as the Tyrolean Iceman, had leather loincloth, leather leggings, a grass coat, grass shoes and a fur hat. He also owned lots of accessories — including a stone dagger, bows, a leather quiver and several pieces of fungi. 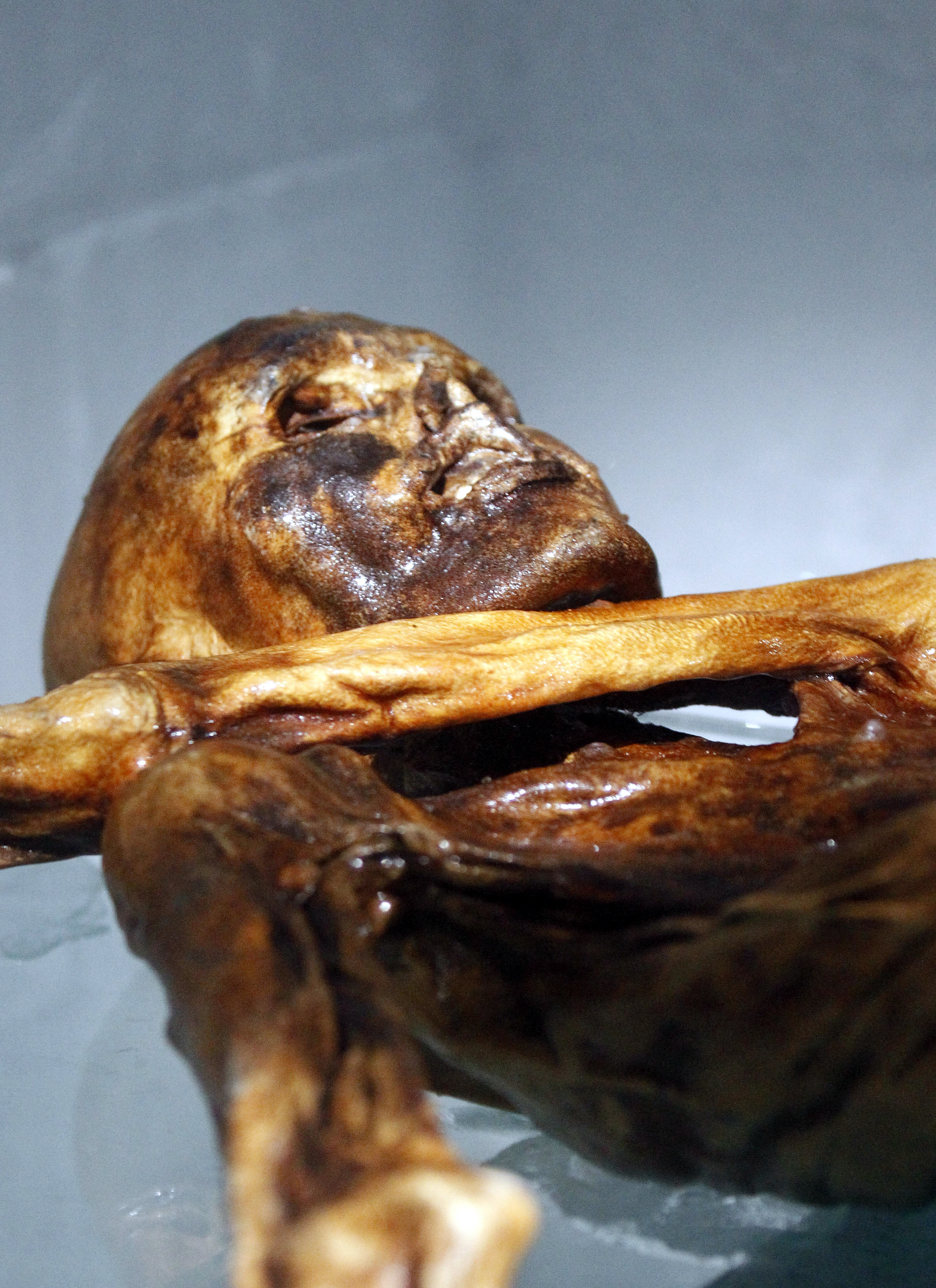 Why does it matter what he wore?

Researchers analyzed what Otzi wore in an effort to understand ancient manufacturing and what kind of species existed back in his day. Preserved leathers “provide rare and valuable information” into how they used animals back in the Copper Age, the authors wrote.

Researchers took samples of his clothing for genetic sequencing to figure out their source. They used a certain type of genetic information, called mitochondrial DNA, to compare the ancient animals he used to their modern-day counterparts.

The majority of Otzi’s clothes came from domesticated species including cattle, sheep and goat. But his hat came from the fur of a brown bear and the quiver from roe deer.

Researchers suggests that people of the Copper Age hunted wild animals in addition to farming and raising livestock.

They “considered choices of clothing material from both the wild and domestic populations available to them,” wrote the researchers from the EURAC’s Institute for Mummies and the Iceman, University College Dublin and University of Dublin, Trinity College.

Otzi’s leather coat was stitched together from at least four different hides and made from goat and cattle, researchers found.

In addition to his wardrobe choices, Otzi also had 61 tattoos. But they’re believed to be pain relief treatment for his joints rather than for show.

DNA and other analysis revealed he was in poor health. At 45, he was rather old for back then. Otzi was genetically predisposed to cardiovascular diseases and suffered from hardened arteries, lactose intolerance and dental problems. He might have also suffered from ulcers, and scientists found evidence of whipworm, an intestinal parasite.

But that wasn’t what did him in.

A flint arrowhead was found in his left shoulder, which had probably pierced a critical blood vessel. Examining his wounds, researchers found the oldest red blood cells ever discovered.

It’s unclear what he was doing more than 9,800 feet high in the Italian Alps and why he was killed.

Today, Otzi rests in a special cell at the South Tyrol Museum of Archaeology in Bolzano, Italy, where he is the undisputed star. His descendants can still be found in in some isolated European regions, such as Italy’s Sardinia and France’s Corsica.