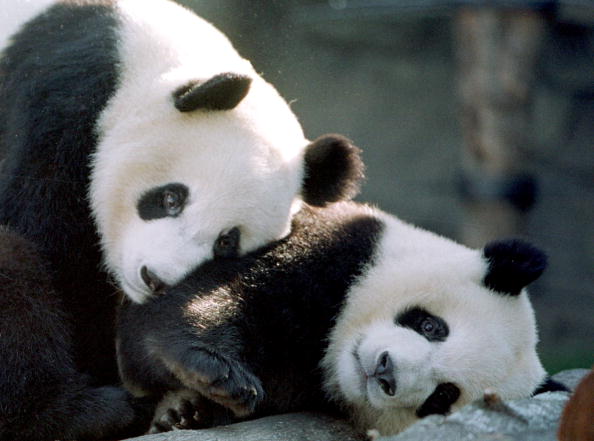 Giant panda Lun Lun, who has been at the Atlanta zoo since 1999, is going to be a mom for the sixth and seventh time.

An ultrasound conducted by the zoo’s veterinary team on August 18 shows the presence of two fetuses, according to Rachel Davis, Zoo Atlanta director of communications. “We certainly hope she will give birth to twins,” Davis said, but added, “[f]etal reabsorption is not uncommon in giant pandas, so there is always the possibility that the pregnancy could fail.”

A 24-hour birth watch began August 22 with a live panda cam streaming on the zoo’s website. Lun Lun could give birth anytime in the next three weeks, the zoo said.

With five other kids, Lun Lun is no stranger to the birth watch. Siblings Mei Lan, Xi Lan, Po, and twins Mei Lun and Mei Huan were born between 2006 and 2013. The twin giant pandas are still at the zoo. The three other siblings live at the Chengdu Research Base of Giant Panda Breeding in China, Davis said.

Just like their older brothers and sisters, the new twins will not be American citizens and will eventually go back to China. The date, for both sets of twins, has not been decided, the zoo said.

As for baby names, we will have to wait until the cubs are a bit older. “Historically, Zoo Atlanta has followed the Chinese tradition of naming giant panda cubs when they are 100 days old; this is what we’ve done with Lun Lun’s previous cubs,” Davis said.

All the giant pandas are on loan from China.