Man gets wedged between buildings in attempt to impress date

Instead, he falls and gets wedged between two buildings.

After four hours of being stuck, the Parkour-loving paramour was pried out by Pittsburgh emergency responders.

Called to the scene at 2 a.m. ET Tuesday, rescue workers dug a hole through the wall of a local Qdoba restaurant, breaking through brick to try to reach the man. 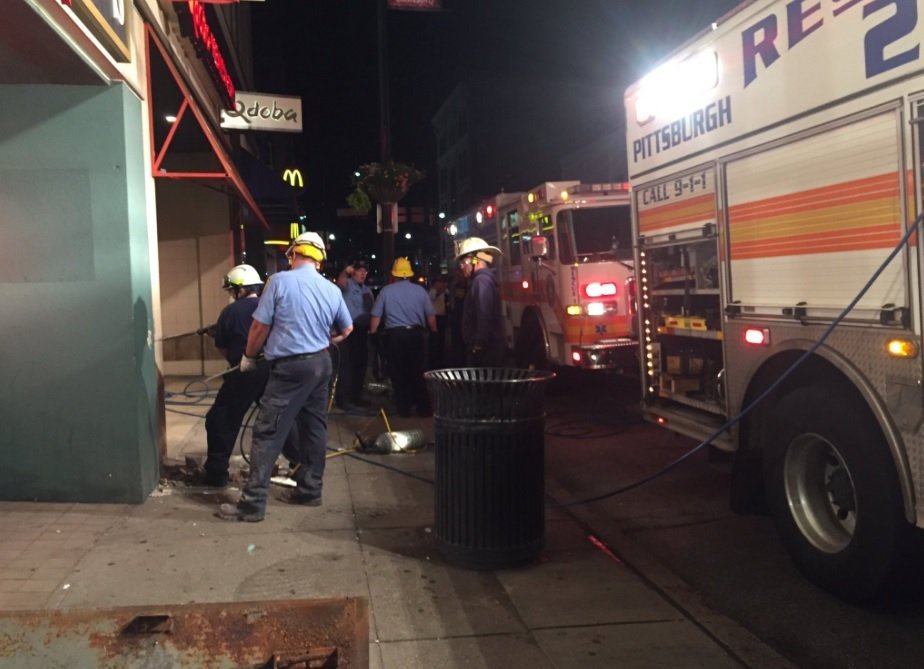 Police talked to the man as they worked to free him.

Earlier, the man met a woman at a nearby place and took her to the building rooftop, CNN affiliate KDKA-TV in Pittsburgh reported. He tried to impress her by jumping from one rooftop to another, when he got stuck.

“We were trying to go from inside of the business establishment and that has proved to be a bit difficult because we don’t know exactly where he is when we’re coming in from the inside,” she told the station. “So we’ve moved operations to the outside of the buildings and we’re going to try to actually go in the gap between the buildings.”

Live video feed showed a rescue worker carefully rappelling down the gap of the two buildings on a rope.

Shortly after 6 a.m., the man was wheeled out on a stretcher and taken away in an ambulance