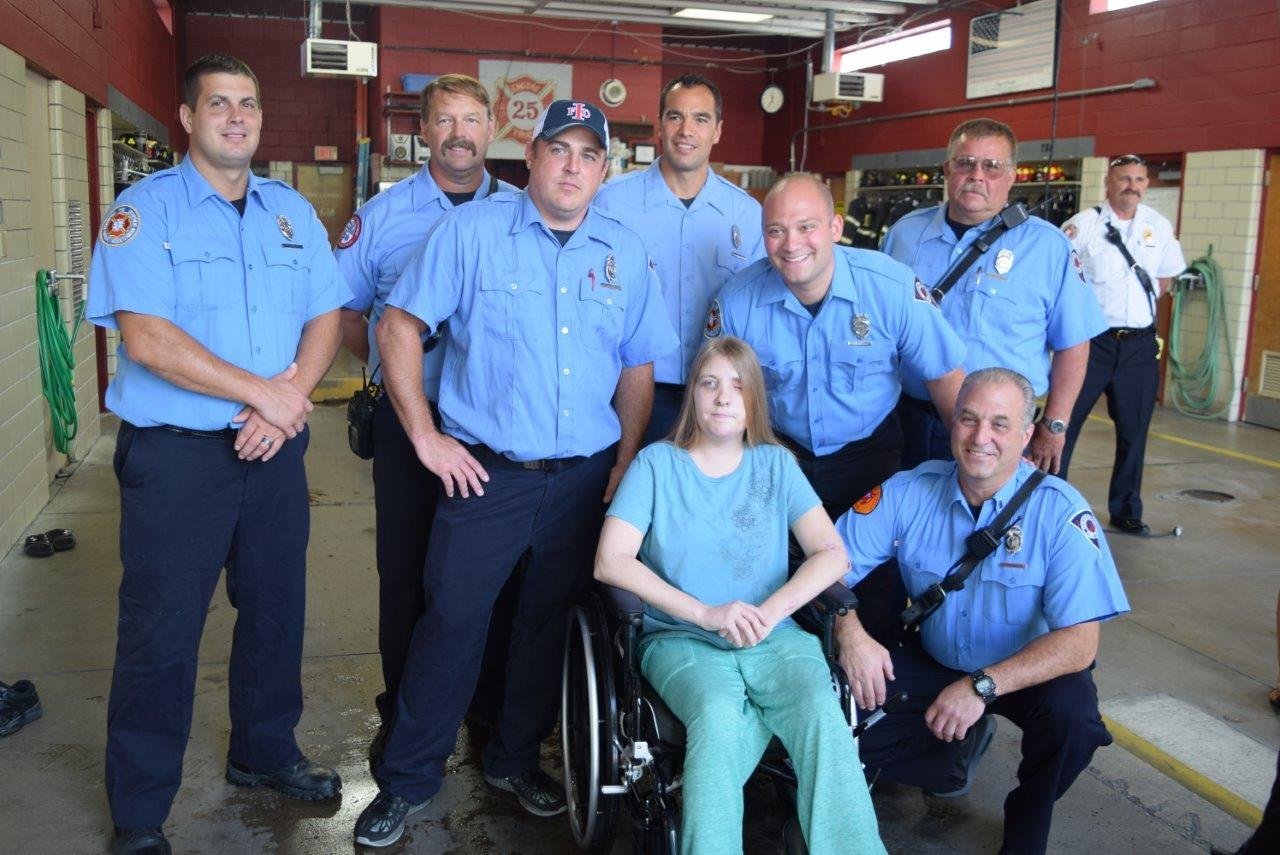 An Indianapolis woman who nearly died when she crashed her car into a train had the opportunity Tuesday to thank the firefighters she credits with saving her life.

“They’re miracles really. They really are,” 35-year-old Jennifer Roseman said of the firefighters of IFD Station 25. “They don’t get enough praise for what they do… They put their lives on the line for other people and it’s just a blessing in so many ways.”

The crash happened seven weeks ago when Roseman was taking her 4-year-old daughter, Sophie Rose, to her aunt’s house before a Luke Bryan concert.

“I think I reached back to talk to my daughter and that’s the last thing I remember,” Roseman said.

Witnesses at the scene said Roseman did stop for the Amtrak passenger train, but then her car began to creep forward. Roseman thinks she may have let the brake off when she turned to her daughter.

“I just think it’s a miracle that God let me live,” she said.

When Roseman’s Honda struck the train it got pulled more than 50 feet from the roadway. Firefighters arrived to find Roseman severely injured and the car practically underneath the train.

“First thing we could see was the left side of her face was pretty bloody and damaged and her left arm was almost severed,” first responding firefighter Ryan Burt said.

Miraculously Sophie Rose, her daughter, was not seriously injured. However, due to Roseman’s injuries and the car’s position to the train, her extraction wasn’t easy and a specially trained IFD unit was brought in to assist with the extraction, Burt said.

Firefighters had to remove the doors of the car and roof, but after less than 15 minutes crews had Roseman out of the car and on the way to hospital. Roseman’s aunt believes the family’s faith lifted them through this difficult time.

“Those angles they had their hands full that day,” Marlene Palmer, aunt, said. “These firemen were her little angels we believe. They were a blessing. Such a blessing.”

On Tuesday, Roseman was glad she was healthy enough and had the opportunity to thank the firefighters who saved her life, calling them heroes.

“I don’t know how to respond to them calling us that,” Burt said. “It’s always enjoyable to meet someone you had a chance to make a difference with. It’s few and far between believe it or not, that you actually get to meet that person and that they are doing as well as she seems to be doing. And that’s definitely kind of why we do it. It feels good.”

Roseman isn’t out to the woods yet. She still has several surgeries scheduled to repair her face and is awaiting a new prosthetic eye.

Roseman is also hoping to meet a bystander who tied his sweatshirt around her arm before firefighters got there. She’s hoping that individual will come forward so she can thank them as well.