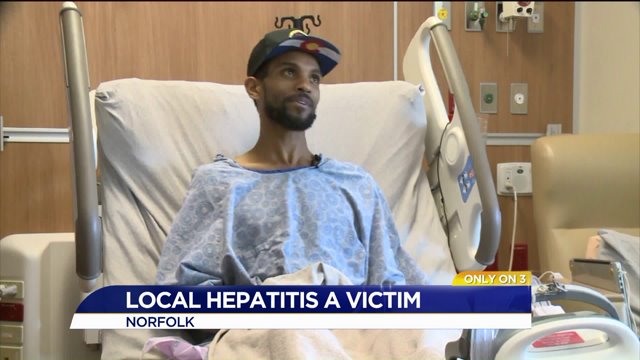 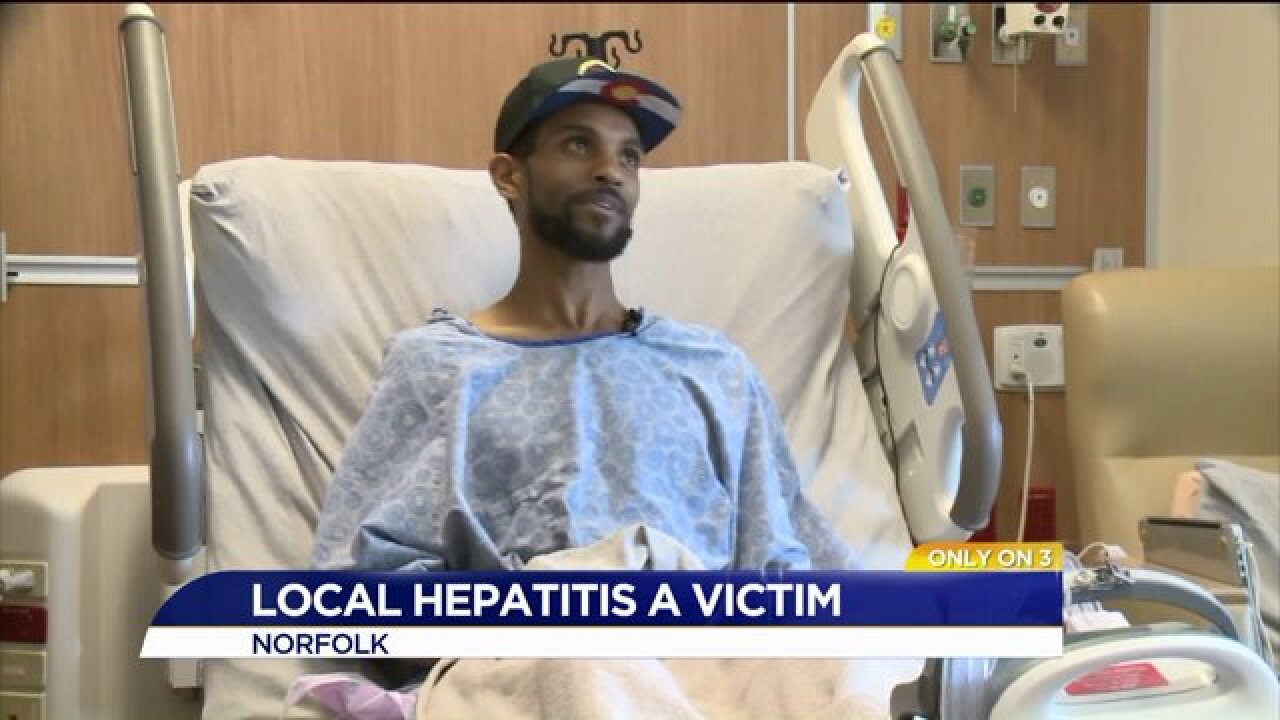 A man with Hepatitis A is in the hospital and says he frequents Tropical Smoothie.

EJ Bollmann says he ate at the establishment so often that it is hard to pin point when and where he got Hepatitis A.

EJ has been in the hospital since Wednesday night, when his wife made him get checked out.

"EJ is the type of guy who is go go go and as soon as I saw him always tired, couldn't get up, he could barely do anything he could barely stay up to watch our son, I knew it was... something serious."

The man said he could barely move and couldn't keep any food or drink down.

When he checked into Sentara Leigh, he was diagnosed with Hepatitis A.

After looking at his bank statement, EJ said he consumed Tropical Smoothie heavily in July and August.

He's a member in the popular local band Cheap Thrills and is missing gigs because of his illness. These gigs are a source of income for his family.

EJ said, "In my mind I'm like I wanna write I want make music I wanna play sports and go to work but I can't. I physically can't."

He wants to get his story out there so others will get checked if they are feeling sick. EJ also hopes Tropical Smoothie takes responsibility and covers medical bills for him and anyone else who has gotten sick.

Virginia Tropical Smoothie Cafe customers at risk for hepatitis A