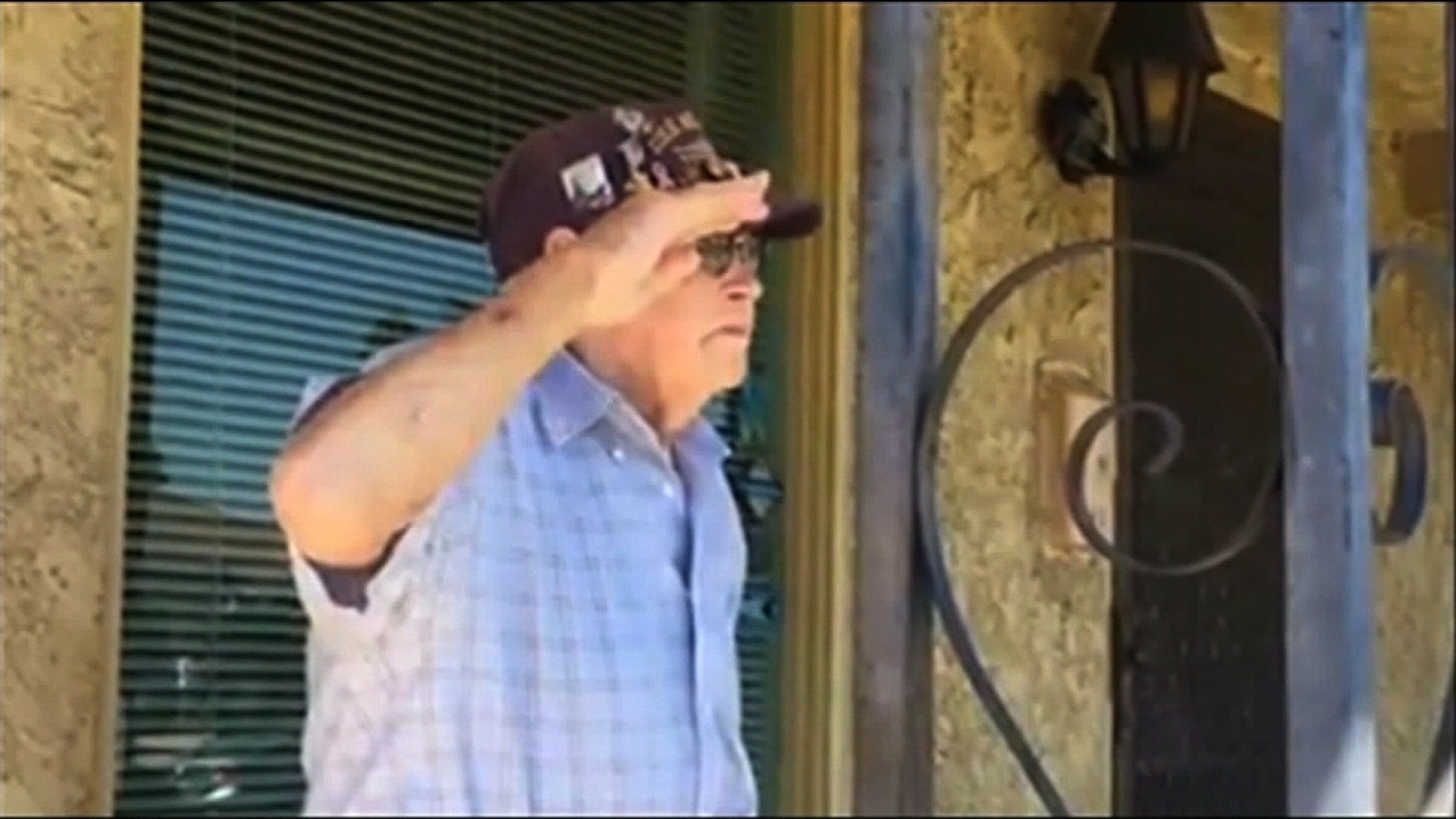 Standing tall on his front porch and saluting, Ernest Thompson beamed with pride.

Yards away in the middle of his residential street in Gardena, CA members of the Fleet Anti-Submarine Warfare Training Center were singing the Navy’s official song “Anchors Aweigh”.

“It was really a surprise, yeah. They marched up the street here and stopped out in front and sang a bunch of Navy songs,” Thompson recalls. “It was quite impressive. I enjoyed it very much.”

Thompson, was on board the USS Tennessee during the attack on Pearl Harbor and served on the USS Missouri when the Japanese surrendered during WWII.

The 98-year-old would make regular visits to the USS Iowa, but can’t anymore.

“When they found out that my grandfather was unable to visit the ship lately due to health reasons, they decided to take it to him,” his grandson Jonathan Williams wrote in a Facebook post.

Working with the USS Iowa, the Navy Chief Selects arranged the surprise visit for the WWII veteran.

“My grandfather told me that it was one of the best days of his life!” said Williams, who serves as the CEO of the Battleship Iowa Museum in Los Angeles, just 15-minutes away from his grandfather’s home.

Along with the musical tribute, Thompson was given a plaque made out of teak wood from the USS Iowa, CNN affiliate KTLA reported.

“Being a WWII Veteran, and there is hardly any of us left anymore, so all of us that’s still living, we’re all still heroes.”