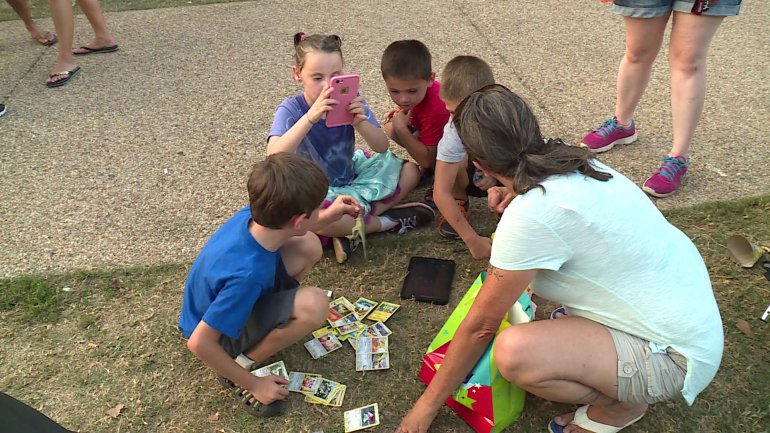 RICHMOND, Va. — A local mom wanted to prove to her sons that the world is a good place and after a Facebook post, the Richmond community proved just that Friday night.

Their favorite thing to do is play Pokemon Go.

“They really, really, get into the Pokemon game and it helps them socialize, talk to people, and just come out of themselves,” she said.

So for Mason’s 8th birthday, Moes got on Facebook and asked anyone playing Pokemon Go at Brown’s Island Friday night, to stop by and say happy birthday to her son.

“That would make his world,” said Moes.

The word spread quickly and the results was something Moes never expected.

A group of complete strangers and Pokemon Go players started organizing a birthday party for Mason, complete with banners, cupcakes and gifts.

Dozens of people from the Richmond community came out Friday to celebrate Mason’s special day and play some Pokeémon Go.

Sugar Shack Donuts even brought some donuts to the event to celebrate Mason’s 8th birthday.

Moes’ said everyone at the party really rallied around Mason and his friends and made it a night to remember.

The mother said taking care of two boys with autism can be extremely tough, but a heartwarming response like Friday night, makes her feel like she’s not alone.