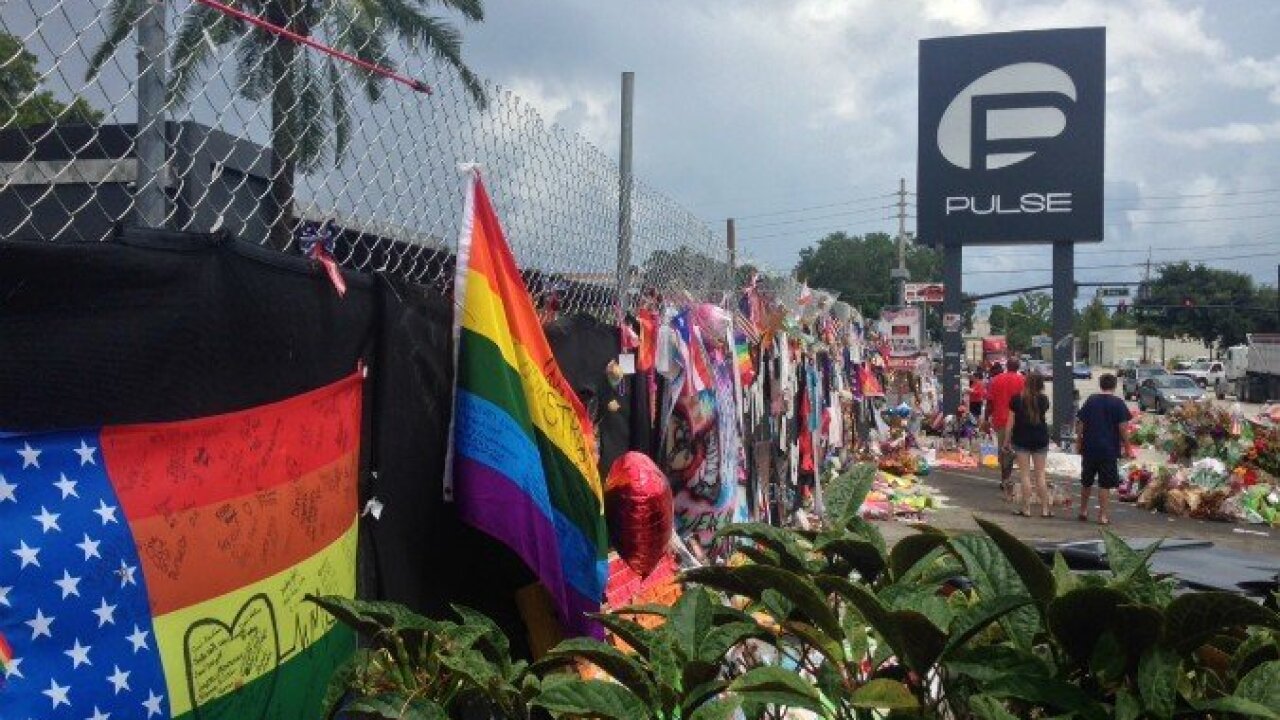 Mementos, flags, flowers and messages adorn a fence in front of Pulse nightclub south of downtown Orlando on Tuesday, July 19, 2016, more than a month after the deadly attack there.

One caller reports that a friend just texted him to say he’d been shot and was in the bathroom at Pulse in Orlando. Another man calls to say he safely fled after gunshots erupted at the popular nightclub.

The dispatcher asks how many shots he heard. “More than 10, I can tell you,” he replies.

The Orange County Sheriff’s Office has released the 911 calls made in the early hours of June 12, as a lone gunman killed 49 people and wounded dozens more before police killed him in a shootout.

The Orlando Police Department, which received the bulk of the calls after the shooting began, has yet to release its 911 calls.

The caller who reported hearing 10 gunshots reported later in the call that he heard more gunfire upon leaving the club.

“As soon as we left, gunshots were just going like crazy,” he says.

Many callers report receiving messages from a friend or family member inside the club.

One man calls twice, saying his girlfriend is in the club.

Keeping the man on the line, the dispatcher presses for information, asking the man to text his girlfriend to find out which bathroom she is in.

When the girlfriend stops answering his texts, the dispatcher tries to calm him down, saying, “I’ll stay on the phone with you.”

Another caller says a friend “sent us a text and said that he has been shot and he’s in the bathroom and no one sees him.”

Several of the callers relay to the dispatchers they are being told about bodies.

A woman tells the dispatcher her brother is in one of the club’s bathrooms with a lot of dead people. A man calls after his ex-girlfriend tells him she’s also hiding in the bathroom among bodies.

Having just left Pulse, another man tells the dispatcher a friend texted him to call the police. His friend has been shot three times, the caller says.