VIRGINIA BEACH, Va. - One of the biggest weekends of the summer is upon us, and so is Tropical Storm Hermine.

The storm is projected to hit Virginia Beach on Saturday when many holiday weekend events are scheduled.

The Bruce Springsteen concert is set to happen Saturday evening. Ticketholders on the event's Facebook page are questioning whether the event will happen despite severe weather forecasts.

News 3 spoke with a production manager who does tours for celebrities including Jason Mraz.

"Usually everybody makes the best effort to do the show because people are driving in," said Ettore  Dedivitiis.

However, when conditions turn dangerous for the audience the concert will get called off. Dedivitiis said he was in a similar situation with Jason Mraz's last tour stop at the amphitheater in Virginia Beach. When heavy rain caused water to build up where cables were running by the stage they made a decision.

"The winds were starting to pick up pretty bad, lightning chance, which is very bad of course. That's when we all got together and decided we need to cancel and change the date," said Dedivitiis.

The weather has affected many events by the Oceanfront, including the Rock n Roll Half Marathon series.

“There was a decision made to cancel tomorrow’s one-mile beach run in the sand. We had about 2,000 runners signed up for that event, which was done with the forecast of extreme weather not being suitable to hold an event outside on the beach," said Dan Cruz.

Sunday's half marathon is set to take place and thousands of runners are arriving from around the country to participate.

Event organizers are staying flexible as they plan to make adjustments to keep attendees safe.

"Certainly impending rain and storms is not what we want and like to see," explained Mike Hilton with Beach Street Events. "But we have been in this boat before so we try to roll with the punches."

Hilton and Beach Street Events have been preparing to host the American Music Festival at the Virginia Beach Oceanfront for months. This week crews began the laborious task of building the stages for the concerts, but now there's a possibility that the scheduled bands will not even step foot on them.

"We try to get as much information as we can and then try to make some informed decisions," said Hilton.

One of the decisions already made was to move Saturday night's main event indoors.

"We gather information and search out our options," said Hilton. "With the Convention Center being available to us Saturday night, we went ahead and decided to make that decision."

All other AMF shows Friday are cancelled.

AMF’s Saturday concert headlined by UB40, The Wallflowers and Cracker will be held in the Virginia Beach Convention Center, 1000 19th Street at the resort.  Doors open at 7 p.m., and the show begins at 7:30 p.m.  All other Saturday shows are cancelled.

The Rock 'n' Roll Marathon Series is scheduled to hold races this weekend. Elizabeth Bain is scheduled to fly out from California to Norfolk Friday afternoon for the races, but while she's ready to run, the event may not be.

"Yes I'll be disappointed to not run, but the most important thing is always safety," said Bain. "I know that that canceling a course is very rare."

The most recent update on the event's website says they are monitoring the weather to see if they need to make changes to the event.

"If the worst thing that happens to me is that I don't get to run this weekend I'll be okay with that," said Bain.

Bruce Springsteen is also scheduled to be in the Resort City when Hermine hits. His show at the Veterans United Home Loans Amphitheater is scheduled for Saturday night.

People from across the country have been bombarding the venue's Facebook page asking about whether or not the show will go on. For now, the venue has said that they too are monitoring the weather and will let concert goers know online if the show is cancelled. 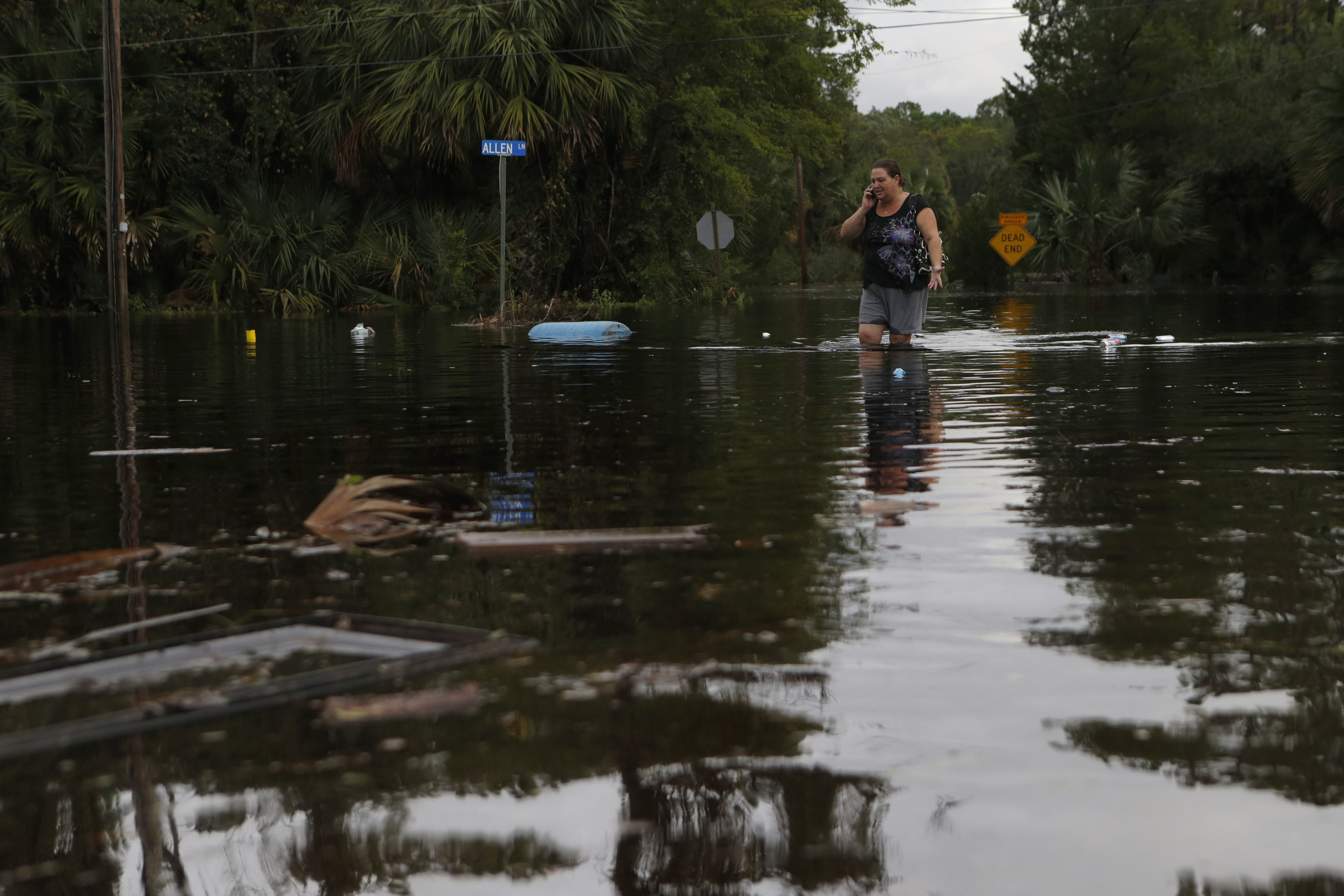