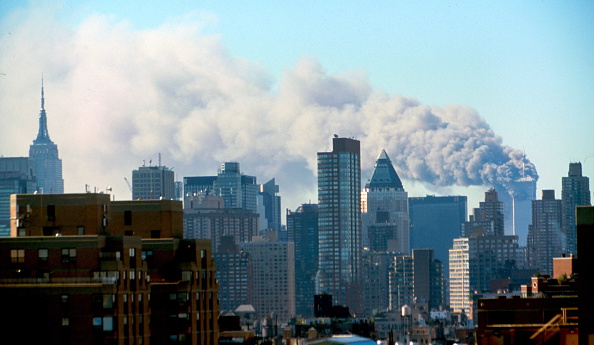 The House will vote this week on a bill that would allow families of victims of the September 11 terrorist attacks to sue Saudi Arabia in US courts over its alleged involvement, a House GOP leadership aide confirmed Wednesday.

The legislation would allow families to sue Saudi Arabia by prohibiting countries alleged to have ties to terrorism from invoking sovereign immunity in court.

The bill passed the Senate in May on a rare voice vote, but the White House has repeatedly threatened to veto it.

A representative for the victims’ families said they’ve been told by House GOP leadership not only that the House will vote but that the leadership will support the bill’s passage.

It’s unclear what prompted House GOP leaders to schedule a vote on the bill. The move to vote in the House was first reported by Politico.

Though Saudi Arabia has denied any role in the attacks, US families tried to pursue the matter in court, where the nation has invoked its immunity.

Critics of the bill, including the White House and State Department, have said the legislation would have dangerous consequences abroad and for US citizens, including the potential for retaliatory lawsuits.

The Saudi foreign minister, Adel al-Jubeir, warned lawmakers in March that if the bill became law, the country would sell $750 billion in US assets, including treasury securities. The bill’s authors have said the threat is a bluff.

Earlier this year, House Speaker Paul Ryan, who visited several Mideast countries in April, raised concerns about the impact the bill could have on US relations with its allies.

“I think we need to review it to make sure that we’re not making mistakes with our allies and that we’re not catching people up in this that shouldn’t be caught up in this,” Ryan said at a news conference.

But the legislation’s supporters, including Senate authors Sen. Chuck Schumer, D-New York, and Sen. John Cornyn, R-Texas, say it’s an issue of justice and sending a message to foreign governments that they can’t support terrorism without consequences. The companion bill in the House was introduced by New York Republican Rep. Peter King.

Saudi Arabia has never been formally implicated in the attacks, but 15 of the 19 hijackers that carried them out were of Saudi descent.

Recently unclassified documents detail contact and support between some of the hijackers and individuals who may have been connected to the Saudi government. The “28 pages” that were long secret also note suspicions about ties between the Saudi royal family and al Qaeda, though the documents also say the speculations have not been verified.