US Open 2016: Serena Williams upset by Karolina Pliskova, will lose No. 1 ranking 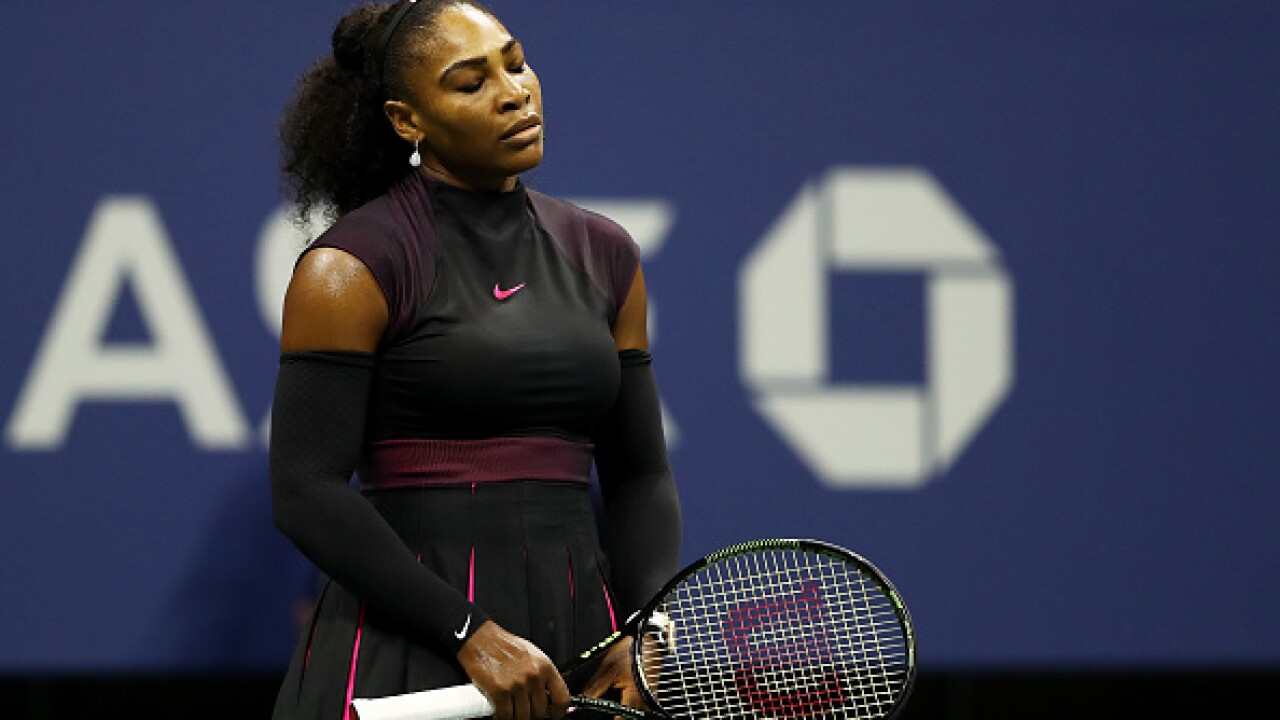 NEW YORK, NY – SEPTEMBER 08: Serena Williams of the United States reacts against Karolina Pliskova of the Czech Republic during her Women’s Singles Semifinal Match on Day Eleven of the 2016 US Open at the USTA Billie Jean King National Tennis Center on September 8, 2016 in the Flushing neighborhood of the Queens borough of New York City. (Photo by Elsa/Getty Images)

NEW YORK, NY – SEPTEMBER 08: Serena Williams of the United States reacts against Karolina Pliskova of the Czech Republic during her Women’s Singles Semifinal Match on Day Eleven of the 2016 US Open at the USTA Billie Jean King National Tennis Center on September 8, 2016 in the Flushing neighborhood of the Queens borough of New York City. (Photo by Elsa/Getty Images)

For the second straight year, Serena Williams was upset in the US Open semifinals.

Whereas the American was defeated by crafty veteran Roberta Vinci 12 months ago to end hopes of a rare calendar-year slam, a struggling Williams lost to big-hitting Karolina Pliskova 6-2 7-6 (7-5) on Thursday in New York.

She’ll thus have to wait to become the first player in the Open Era to win 23 majors — Williams is currently tied with Steffi Graf on 22. And in a double blow, when the new rankings are released Monday, the 34-year-old will lose top spot to Angelique Kerber, ending Williams’ record-tying — with Graf — 186-week stay at No. 1.

Having ousted Williams’ older sister Venus in the fourth round to land in a maiden grand slam quarterfinal — surviving a match point — world No. 11 Pliskova became the first player in six years to beat the siblings at the same edition of a tournament. Her winning streak rose to 11 matches.

She will meet either Kerber or Caroline Wozniacki in the finale.

Pliskova, 24, played a flawless first set, helped by her booming first serve. Indeed in that department she outdid Williams, who is considered the best server ever in the women’s game.

Pliskova relinquished a break advantage midway in the second but prevailed in a tense tiebreak, sealing the affair on Williams’ double fault long. Like Williams, she has a sister who plays tennis.

Perhaps Wednesday’s exertions — she contested a grueling encounter against Simona Halep — took a toll on Williams.

Serving impeccably through the quarters, Williams hit five aces and six double faults. Williams had averaged 12 aces per match in the tournament prior to the last four and struck 18 against Halep.

Williams, too, made 31 unforced errors versus Pliskova, erring on routine looking forehands and second serve returns.

Pliskova became the first Czech woman to make the US Open final since 1993.

She told on-court interviewer Pam Shriver she didn’t “believe” what she had accomplished but then added: “Actually I do believe it.

“I always I have a chance to beat anyone if I am playing my game but this is something amazing. I’m really excited to be in the final, especially to beat a player like this.

“Serena is a champion. It’s never easy to play her. Even if she was down a set and a break she was still fighting, so it was very hard. But I was really happy I stayed there and got the win.”

Pliskova raced out to a 3-0 lead in the tiebreak though Williams won the ensuing three points. The next point felt like a momentum changer.

With a short forehand and plenty of court space, Williams anticipated where Pliskova would place her forehand and sent her reply to the baseline. Pliskova scurried back to retrieve the ball but lost the point.

But then Williams hit a costly double fault for 4-4. Williams engineered a winning backhand down the line for 5-4, only to lose the final three points.

Pliskova broke for 2-1 in the first and ended the opener by winning 10 of the final 11 points.

When she secured a further break for 3-2 in the second, Williams was in trouble. Maybe seeing the finish line, Pliskova blinked and was broken back to love.

They proceeded to hold serve until the tiebreak and Pliskova completed the upset.