Real ‘Fault in our Stars’ couple takes a tragic turn 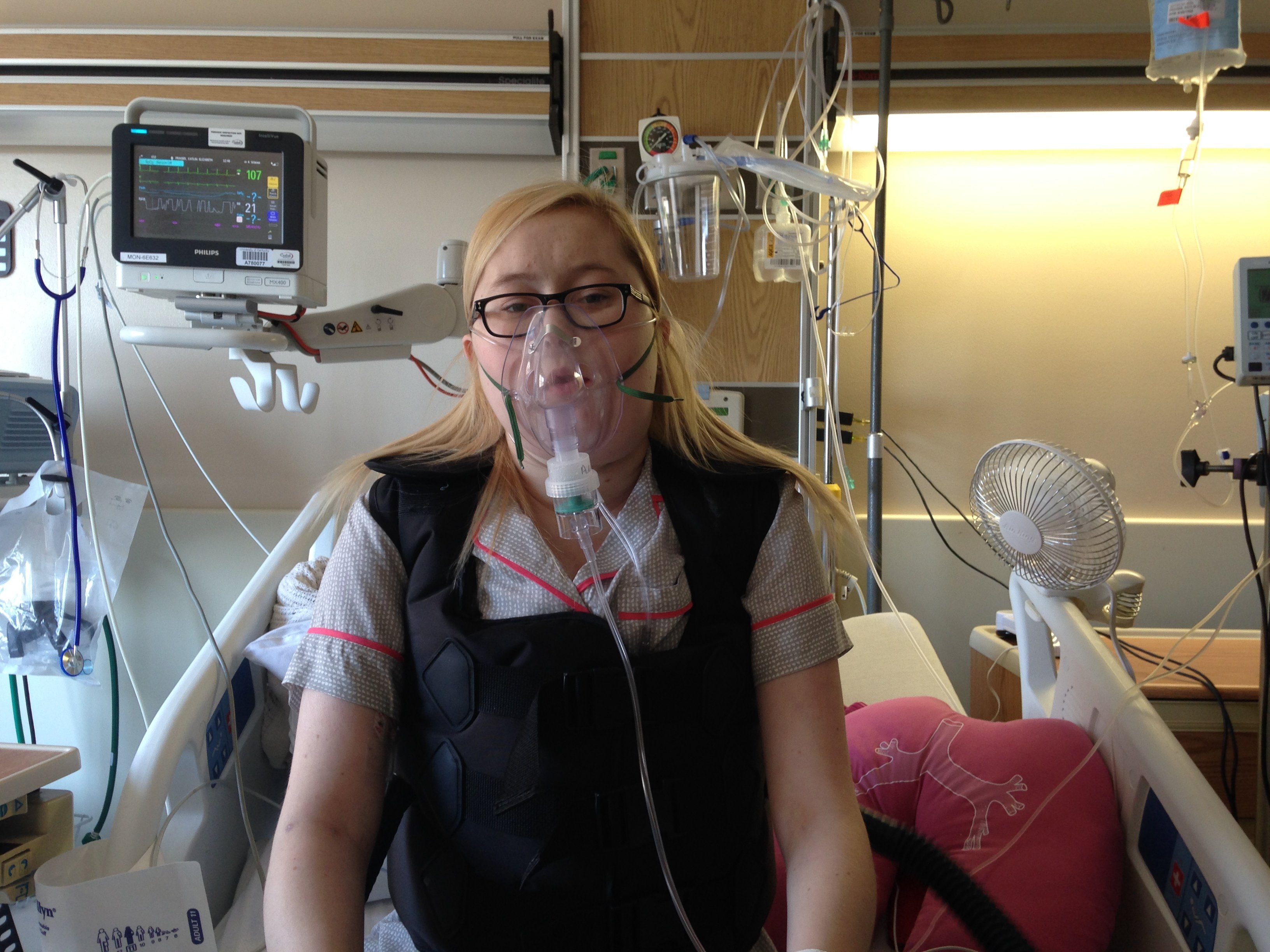 Last year, Katie Prager, who has cystic fibrosis, fought relentlessly to get a lung transplant as Medicare, Medicaid and her hospital quibbled over money.

After CNN brought her predicament to light, she got that transplant.

Her husband, Dalton Prager, who also has cystic fibrosis, received a transplant, too.

The couple — she’s 26 and he’s 25 — dreamed that after their transplants they’d travel together to every state and write a book about their love story.

But last week, Katie was put into hospice at home. The transplant didn’t work, and her doctors say there’s nothing more they can do.

“My body is just so tired,” said Katie, who has spent the past year and a half in and out of the hospital.

Her husband is fighting his own medical battles. Dalton contracted lymphoma as a result of his transplant, and has since been treated. But he’s now at Barnes-Jewish Hospital in St. Louis, near where his family lives, fighting pneumonia and a virus.

Katie said the plan now is for Dalton to be flown as soon as possible to the University of Kentucky Medical Center so he can be closer to her.

Katie hopes he’ll be discharged next week and can make the one-hour drive to her home in Flemingsburg, Kentucky.

“If we only get to spend a day and a night together, we’ll be happy with that,” Katie said.

Romance, despite a warning

Katie and Dalton’s romance started with a Facebook message when they were both 18.

“If you ever need a friend to talk to, you can reach out to me,” Katie wrote to Dalton after reading that he was very sick.

“Sorry, but do I know you?” he responded.

No you don’t, Katie wrote back, and told Dalton that she, too, had cystic fibrosis and was struggling.

As they started to fall in love over Facebook, the next step was to meet in person — but for Katie, that was dangerous.

Dalton had been clear with her from the start that he had an infection, Burkholderia cepacia, a horribly dangerous and contagious infection for people with cystic fibrosis.

Her doctors warned her never to meet up with another CF patient, for fear of contracting the bacteria.

But Katie listened to her heart, even if it might hurt her lungs. She asked Dalton to come visit her in Kentucky.

“I told Dalton I’d rather be happy — like really, really happy — for five years of my life and die sooner than be mediocre happy and live for 20 years,” Katie says. “That was definitely something I had to think about, but when you have those feelings, you just know.”

Two years later, in 2011, Dalton and Katie were married. Both were 20 years old.

Her doctors’ worst fears were realized: She did contract Burkholderia cepacia, and both Katie and Dalton waited for transplants at the University of Pittsburgh Medical Center.

Katie says she doesn’t regret making the decision to meet Dalton in person.

“I don’t look back because I can’t really change the past. I’ve had this time with Dalton and so I might as well keep looking forward,” she said.

Messages to those she’ll leave behind

Katie said she also doesn’t dwell on why life gave her so many medical challenges.

“I don’t really look at it as unfair,” she said. “Everybody has their own battles and God chose this battle for me.”

“If it’s my time for Him to take me home, that’s His decision,” she added. “If that’s what God has planned, then I’m ready.”

She does worry that her family will be stuck with funeral expenses after she passes away, so she’s set up a YouCaring page for donations.

As Katie prepares to leave this earth, she has messages for those who will remain.

“Just love each other,” she said. “If somebody makes you mad, just forgive them.”

There are things she’s done she wishes she could take back, she said. She’s been calling people to ask for forgiveness, and said she has more calls to make.

Another message: Do what makes you happy.

“I always wanted to go to Florida, and I never went,” she said. “I wish I had just gotten in my car and went — it’s not that far away.”

“But that’s OK,” she added. “I’ll be seeing Florida from heaven.”