Ohio authorities reported at least 21 overdoses in Akron as the state battles a drug epidemic.

The conditions of those who overdosed Friday are unclear. The incidents come a day after four people died from overdoses Thursday in Akron, bringing the total number of overdose deaths in the city this year to 112, authorities told the affiliate.

Ohio is battling an epidemic of overdoses as a result of fentanyl, the powerful synthetic opioid that killed pop singer Prince.

Last week, one Ohio city shared shocking photos of adults who overdosed with a small child in the car. At least 24 people were hospitalized for overdoses last month while attending a music festival in Ohio.

State data show fentanyl is to blame for nearly 40% of the state’s overdose deaths last year. 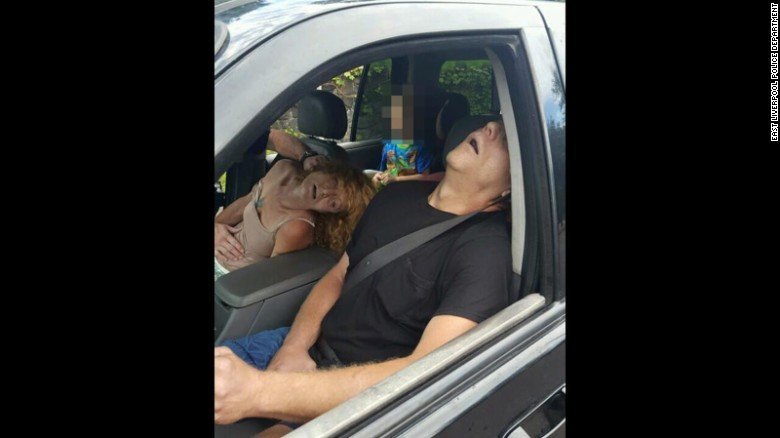 Carfentanil, a sedative for large animals, has led to several overdose deaths in the Cincinnati area as well, authorities said.

Carfentanil is the most potent opioid used commercially. It is 10,000 times stronger than morphine, and is a version of the painkiller fentanyl.

Carfentanil is a synthetic opioid and can slow breathing significantly. It’s not approved for human use, but is used commercially to sedate large animals, such as elephants.

As little as 2 milligrams can knock out an African elephant weighing nearly 2,000-pounds.

Ohio has been one of the states hardest hit by the epidemic.

Dealers have been cutting heroin with fentanyl to give it a boost and stretch their supply, according to the Drug Enforcement Administration.

In 2014, the state had the second-largest number of deaths related to opioids nationwide.