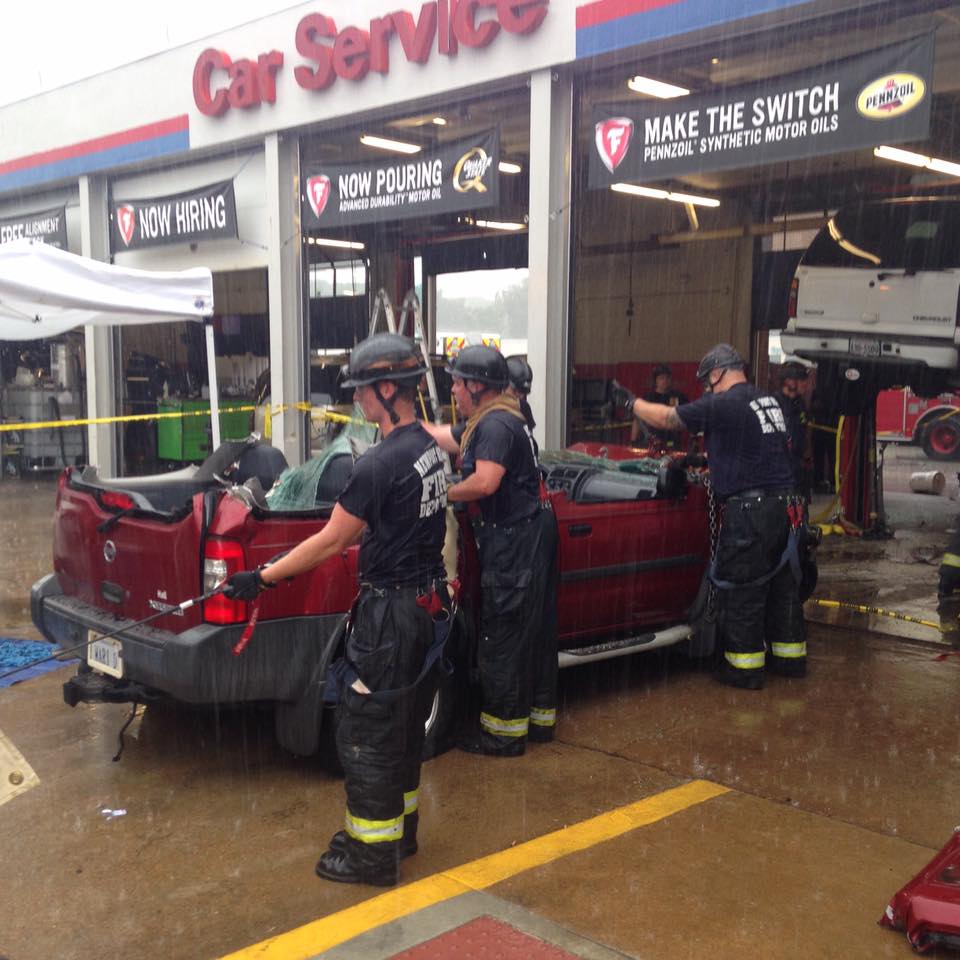 NEWPORT NEWS, Va. – A man was critically injured after being hit by a car that crashed into a Firestone.

The 81-year-old woman behind the wheel was Diana Healy’s mother.

The elderly woman was pulling into the Firestone when she hit an employee who is now in critical condition.

“She is just completely devastated. She says she doesn’t think she’ll ever get over this because she caused injury to somebody else,” Healy said.

“It’s like something took over her car and it launched into the bay. It’s the darndest thing I have ever seen.”

However, the woman told her daughter — that didn’t happen.

“She’s adamant that she had her foot on the brake. Paper and news stations are reporting she told police she hit the gas, and she did not tell them that in person or her written report,” Healy added.

That’s not all. According to Healy, people are attacking her mother on social media.

“There’s a lot of ‘isms’going on right now. I think ageism and sexism are two of the things going on. Everybody that’s commenting online (saying) that ‘she’s 81, what in the world is she doing driving? They should take her license and be held accountable,” Healy said.

Healy says the comments are making the whole thing worse.

“It’s just really tough to read as a family. We are 100% only concerned about the young man, but she’s being vilified.”

When in reality, according to Healy, she feels terrible about the accident.

“She’s devastated, and keeps saying ‘I’m never gonna get over this.’ She’s just totally devastated she hurt somebody,” Healy said.