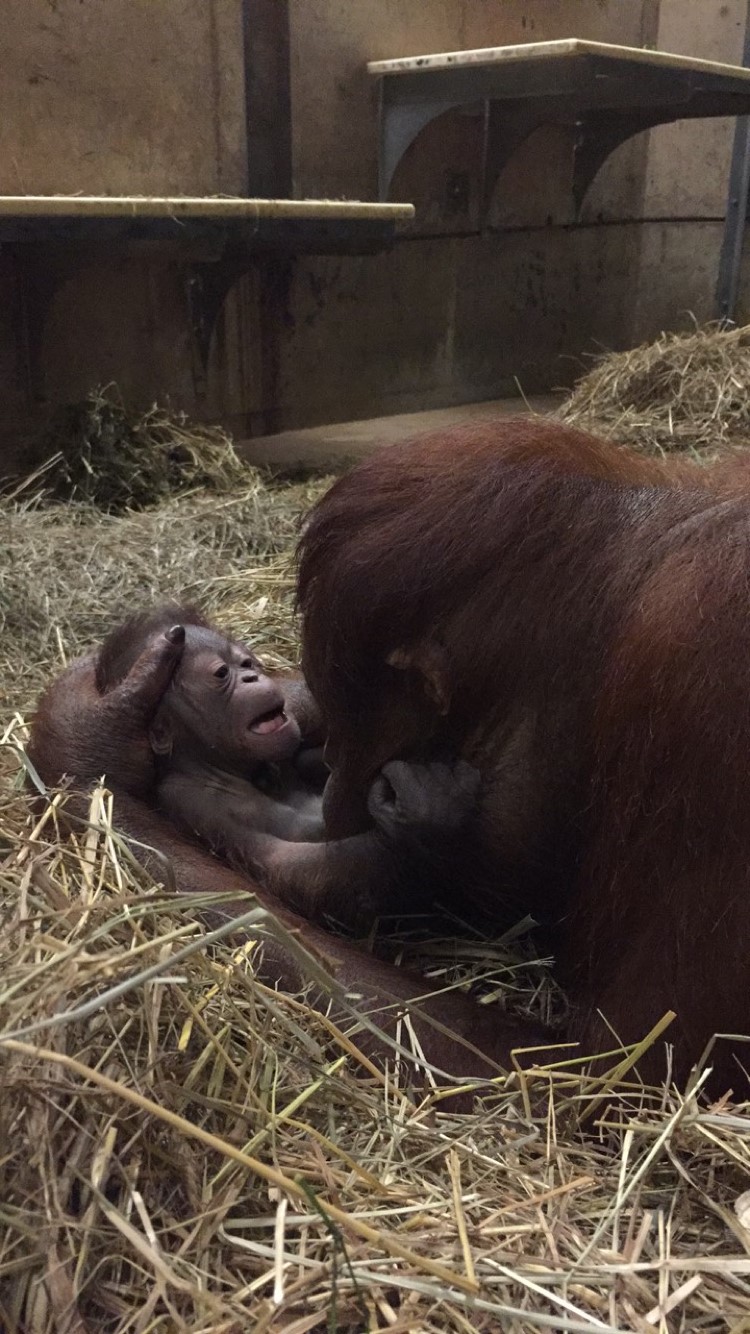 WASHINGTON – The Smithsonian’s National Zoo is celebrating the birth of a male Bornean orangutan — the first orangutan born at the zoo in 25 years!

So far, the zoo says baby has been clinging closely to his mother, who has been nursing him. The zoo’s primate staff says they are ‘cautiously optimistic’ that the newborn will thrive.

“Each and every birth of a critically endangered species is significant, but it is all the more exciting and this is a historic moment for our Smithsonian’s National Zoo,” said Meredith Bastian, curator of primates and member of the Orangutan SSP Steering Committee. “I am very proud of Batang and my team. Ever since we received the breeding recommendation, they have dedicated themselves to preparing Batang for motherhood. I look forward to watching the infant experience everything for the first time—especially meeting the other orangutans and going outside for the first time with Batang.”

Batang and Kyle were bred in January after a recommendation from the Association of Zoos and Aquariums’ Species Survival Plan.

Staff members believe Batang successfully conceived on February 2, based on a human pregnancy test and the pregnancy was confirmed with an ultrasound.

Zookeepers have been acclimating Batang to the experiences of motherhood and training her to care for an infant for the past three years. She has learned through training sessions to hold the baby upright, present it to keepers for bottle feedings, and place the baby in a specially designed box when asked.

These behaviors will allow staff members to retrieve the baby if necessary and evaluate its health in a way that is safe and not stressful for the animals.

Staff members also trained two of the zoo’s other female orangutans, Bonnie and Iris, to act as surrogate mothers in the event that Batang was unwilling or unable to care for the baby.

Batang and her baby will be on exhibit when the Great Ape House reopens to the public and Batang will have her choice of rooms — some of which are not in the public’s view.

The zoo’s remaining five adult orangutans – Kyle, Bonnie, Iris, Kiko, and Lucy can be seen outdoors or at the Think Tank.