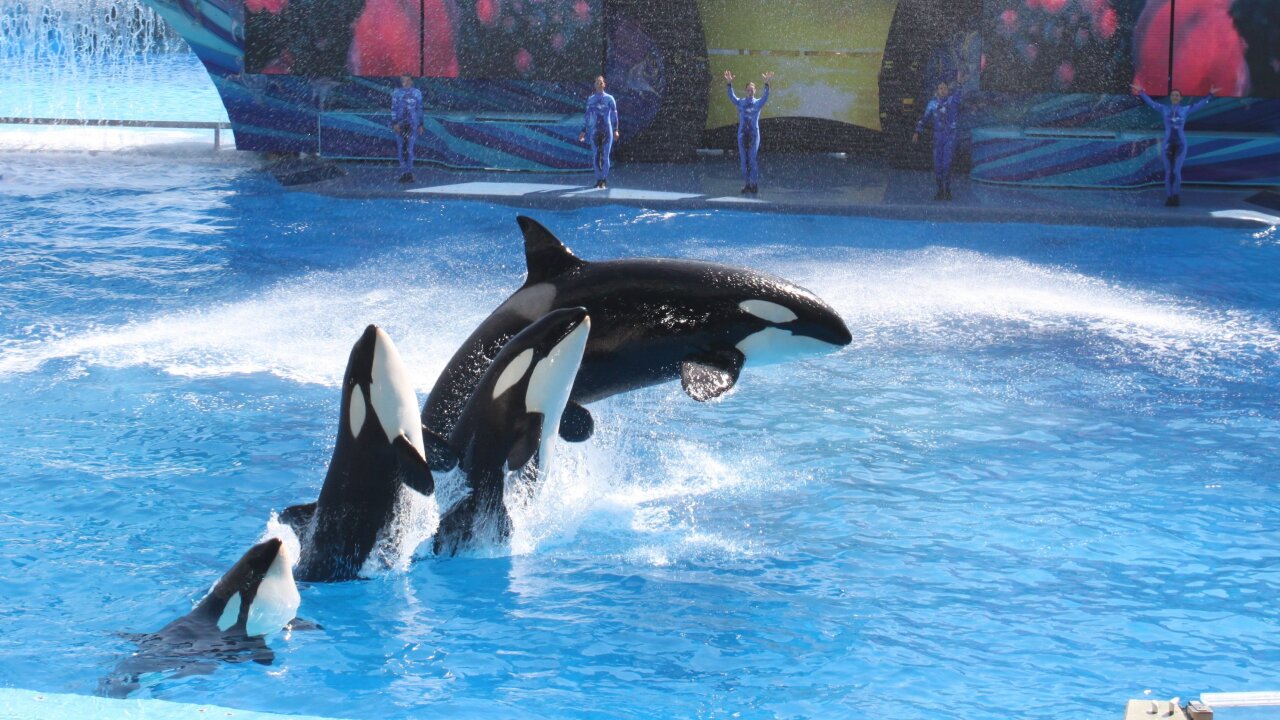 SeaWorld admitted Thursday that its employees posed as animal rights activists with the intent of spying on protesters. The company has been under fire since the 2013 documentary “Blackfish” shed harsh light on the conditions in which its killer whales are raised.

California became the first state to ban breeding killer whales and holding them in captivity.

Gov. Jerry Brown signed the bill into law Tuesday. The law, which goes into effect in 2017, passed after years of controversy over keeping killer whales to entertain humans.

Under the new law, the killer whales or orcas already in captivity may remain in the state, but they can only be used for “educational presentations” starting in June. This means they cannot be used for theatrical shows.

SeaWorld to end its Shamu shows

SeaWorld, which operates one of its parks in San Diego, has said the California law is in line with the company plans that were announced earlier this year.

In March, the world’s largest marine park operator had announced the end of its controversial breeding program and the phase out of killer whale theatrical shows.

The company has come under fire for its treatment of killer whales since the 2013 CNN documentary “Blackfish.”

SeaWorld plans to “introduce new, inspiring, natural orca encounters rather than theatrical shows,” according to its website.

SeaWorld San Diego plans to retain the 11 whales under its care, its website stated.

The 2013, CNN documentary, “Blackfish” showed the practice of capturing young orcas in the wild in the 1970s and cast SeaWorld in harsh light for raising them in dark, cramped conditions. It also recounted the 2010 death of veteran SeaWorld trainer Dawn Brancheau by a killer whale named Tilikum, a 12,000-pound bull.

The state law, authored by California Assembly member Richard Bloom, allows the rescue of killer whales for rehabilitation or research purposes. But it stipulates that they cannot be used for breeding, performance or entertainment.

The law also encourages returning the creatures, if possible, back into the wild.