NEWPORT NEWS, Va. - Two people were forced out of their Newport News duplex after an afternoon fire.

The blaze destroyed everything in the duplex.

Fire crews were dispatched to Williamson Park Drive near Bethel Road around 12:30 p.m.

After getting their hardhats mounted, it took firefighters about an hour to get the fire under control.

Luckily, no one was inside the property during the fire.

As the flames intensified, officials tell News 3 that additional crews had to be called in.

“The ambient temperature poses great challenge to us to be able to effectively rotate our fire crews so they don not suffer the effects of heat exhaustion," Battalion Chief Stephen Pincus said.

A mother of two lived in one unit and a male lived in the other.

A nearby by duplex was also damaged.

No word yet on what caused the fire. 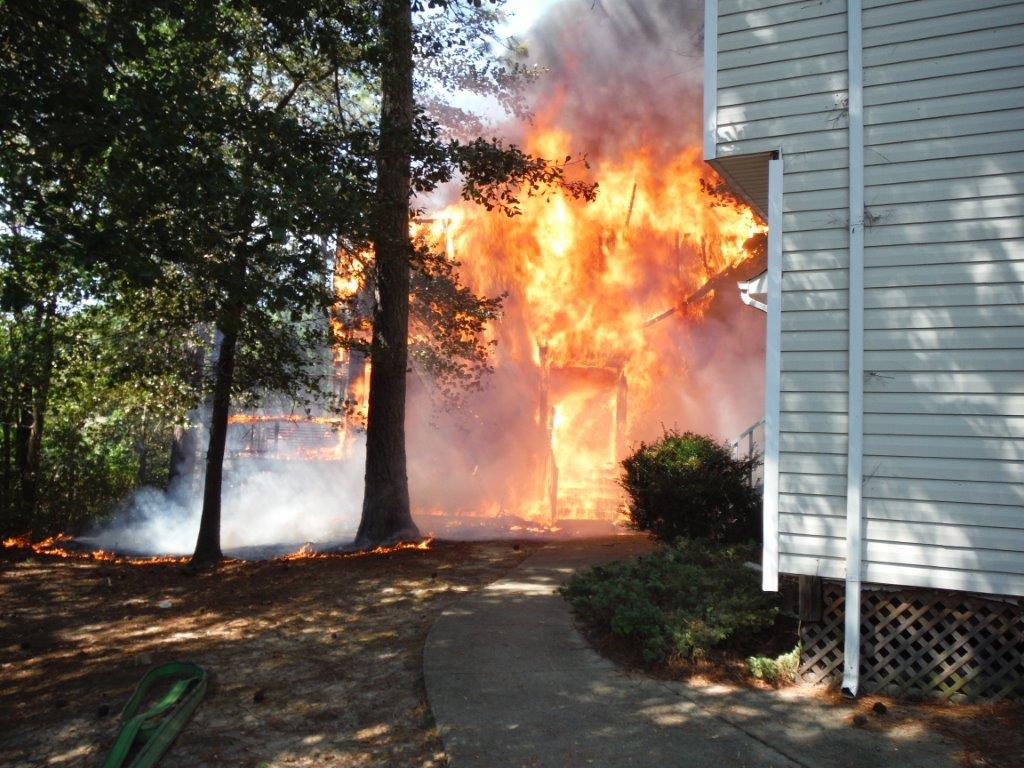