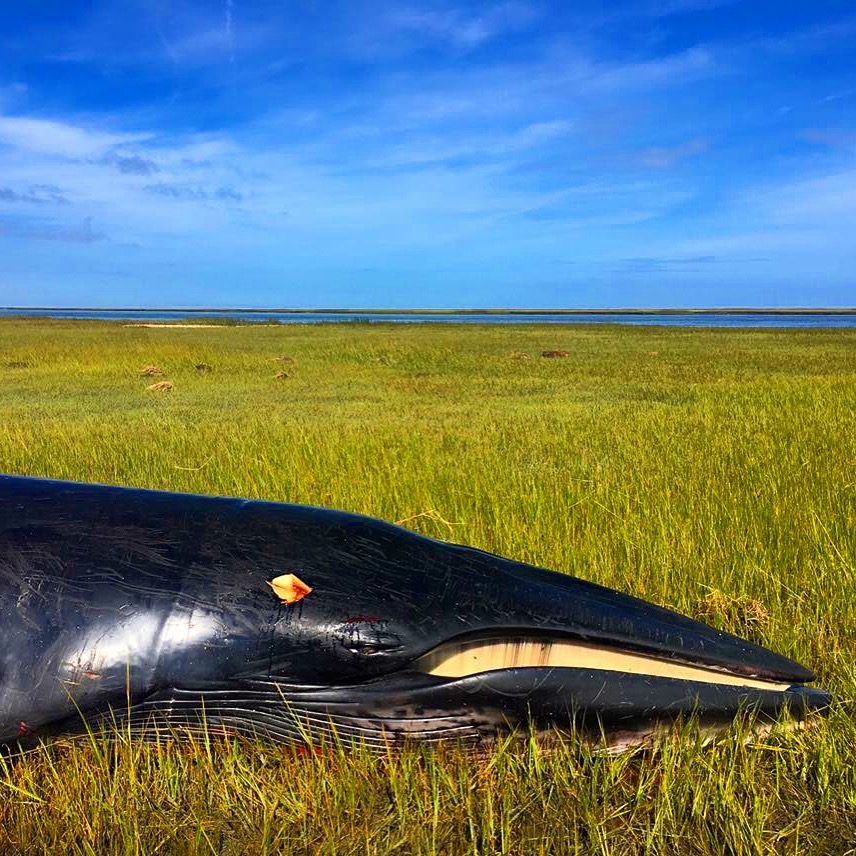 WACHAPREAGUE, Va. – An adult female Minke Whale was found in a marsh on the Eastern Shore Saturday.

According to the Virginia Eastern Shorekeeper, the whale was found on a mudflap near Channel Marker WR6.

The whale was about 24 feet long and according to Seashepherd.org, female Minke Whales can weigh up to 10 tons.

A autopsy was performed on the whale but the results are not available yet.

Members of the Shorekeepers and the Virginia Aquarium & Marine Science Center’s stranding team are unsure yet if the whale was stranded there or if it was brought in by tidal flow.

There was no obvious cause of death.