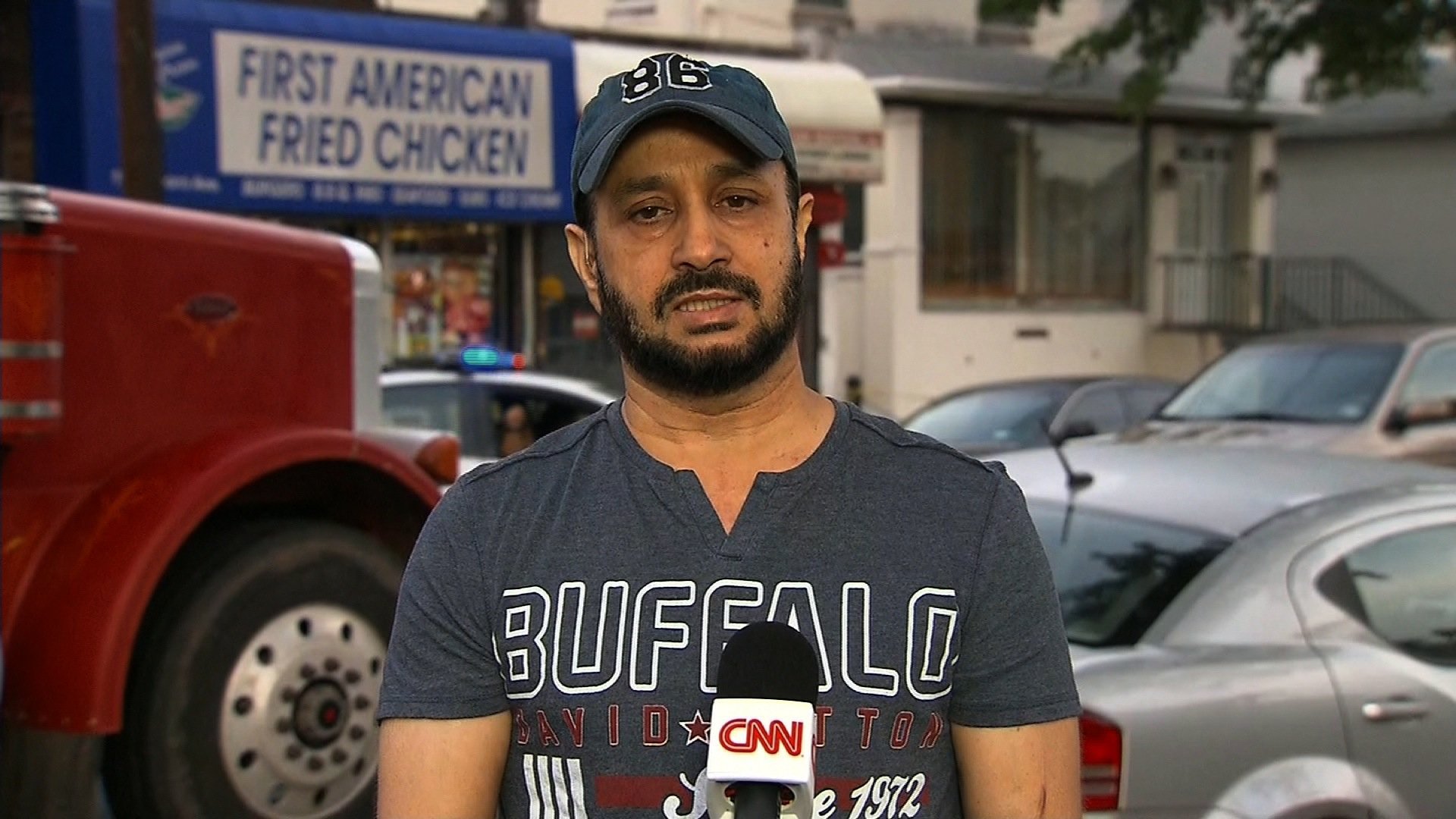 Ahmad Rahami’s father says he called the FBI two years ago when his son was acting violently.

That call adds to the mystery surrounding Rahami, the man who has been “directly linked” to Saturday’s bombings in New York and New Jersey.

The 28-year-old made lengthy trips to Afghanistan and Pakistan. He had a wife. She was pregnant. And Rahami spent time in jail following a family dispute.

Why the FBI interviewed Rahami’s father in 2014

The FBI interviewed Rahami’s father in 2014 after a violent domestic dispute. That interview stemmed from a tip alleging that Rahami’s father was calling his son a terrorist, according to two US officials.

However, there are contradictory accounts of how Rahami came to the attention of law enforcement. His father told reporters that he contacted the FBI and expressed his concern after the dispute.

In the interview, however, the father ended up downplaying his concern, saying it was a misunderstanding. Ultimately, federal investigators believed it was a domestic dispute, several federal officials told CNN. At the time of that interview, Rahami was in jail following a family dispute in which he stabbed one of his relatives.

The FBI never interviewed Ahmad Rahami, according to officials. He was never placed in an FBI database of potential terrorists, officials said.

What was in that notebook

A notebook found on Rahami may provide some clues into his past.

Among ramblings about terrorists, a law enforcement office says the notebook mentioned the Boston Marathon bombers and Anwar al-Awlaki, the Yemeni-American imam who was a spokesman for al Qaeda in the Arabian Peninsula.

The reference to Awlaki in particular supports an emerging view among investigators that these bombings weren’t ISIS-inspired.

Awlaki, who was killed in 2011, has been a source of inspiration for many terrorist attacks.

The notebook had a bullet hole in it. It’s unclear if that is a result of the shootout that occurred just before Rahami’s capture on Monday.

Where he traveled and what he did

Rahami is originally from Afghanistan. He first came to the United States in 1995 as a child, after his father arrived seeking asylum. He became a naturalized US citizen in 2011.

In the last five years, Rahami traveled for extended periods to Afghanistan and Pakistan. Investigators are looking into whether or not he was radicalized during those trips overseas.

In 2011, Rahami spent several weeks in Kandahar, Afghanistan, and Quetta, Pakistan, which is considered to be a stronghold of the Taliban.

Upon his return to the US, immigration officials asked about these travels, to which Rahami replied that he was visiting family, satisfying any concerns they may have had at the time.

While he was in Pakistan in 2011, Rahami married a Pakistani woman. That same year, he filed paperwork to bring her back to the US, and it was approved in 2012. However it’s unclear if she came to the US at that time.

In 2014, Rahami contacted Congressman Albio Sires’ office from Islamabad, saying he was concerned about his wife’s passport and visa. It turned out her Pakistani passport had expired. Once it was renewed, she discovered she was pregnant. She was told she would need a visa for the baby as well. It is unclear what happened to the child.

However, Rahami’s wife eventually made it to the US — and she left just days before Saturday’s attacks, according to a law enforcement official.

Authorities are now working with Pakistani and United Arab Emirates officials to gain access to her.

The Rahami family runs First American Fried Chicken in Elizabeth, NJ. The family has a history of clashes with the community over the restaurant, which used to be open 24 hours a day, Bollwage added.

In 2011, the family sued the city and its police department, alleging discrimination and harassment against Muslims stemming from disputes over the restaurant’s hours. Investigators searched the building on Monday, the mayor said..

How he was found

Surveillance video from Saturday evening shows a man believed to be Rahami dragging what appeared to be a duffel bag with wheels near the site of the West 23rd Street explosion about 40 minutes before the blast.

About 10 minutes later, surveillance video showed the same man with the same duffel bag on West 27th Street, near the site of the second bomb.

Rahami was identified Sunday afternoon through a fingerprint. Evidence from the cell phone on the pressure cooker also led to Rahami’s identification. Authorities revealed his identity on Monday morning.

He was captured four hours later in Linden, NJ., about 20 miles from New York City. Police found him after a bar owner spotted him sleeping in the doorway of his bar.

When officers responded, Rahami pulled out a handgun and opened fire, striking an officer in his protective vest over his chest. A foot chase ensued, during which Rahami shot at a police car, causing a bullet to graze another officer in the face.

The chase ended when Rahami was shot multiple times. He was taken to a hospital for surgery.