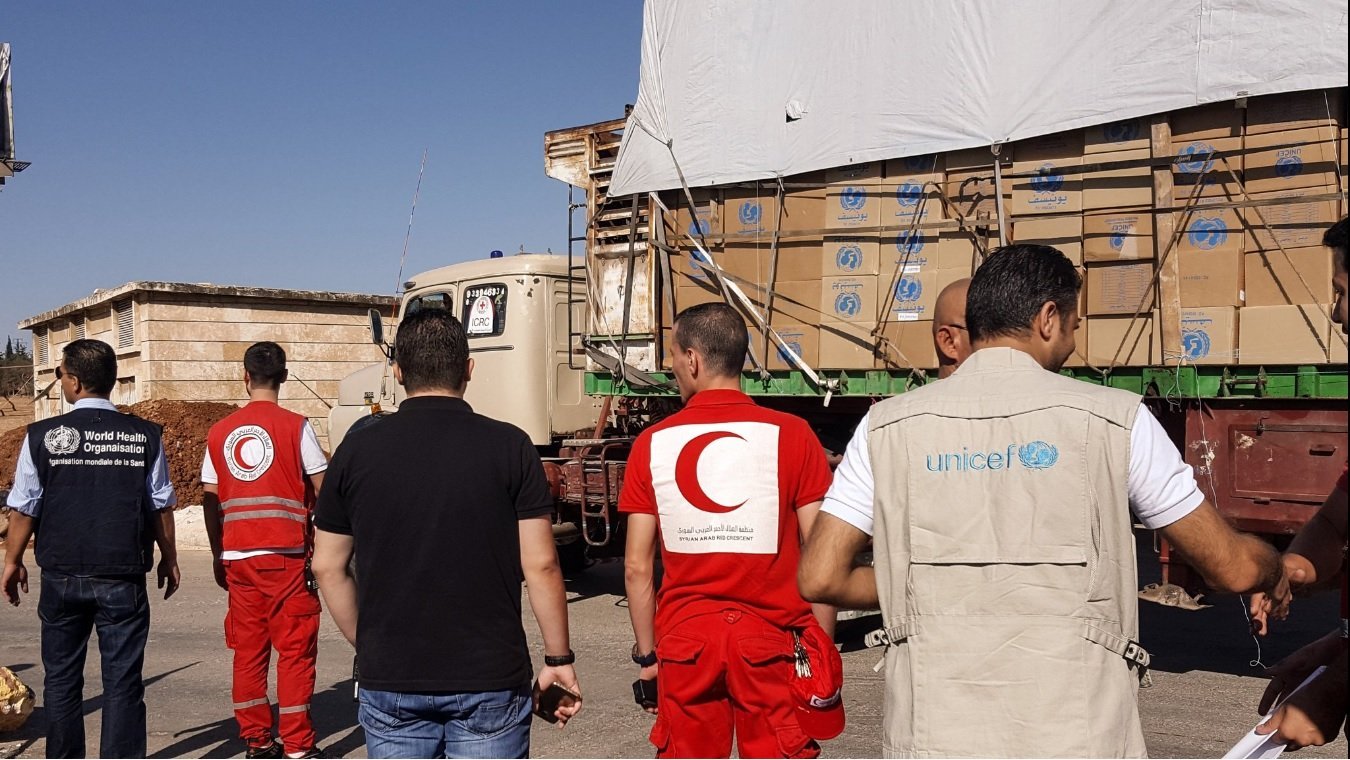 The US has reached the preliminary conclusion that Russian warplanes bombed an aid convoy and warehouse belonging to the Syrian Arab Red Crescent, two US officials told CNN.

“All the evidence we have points to that conclusion,” one of the officials said.

The White House, meanwhile, said that Russia holds responsibility for the strike regardless of whether it was their planes that attacked.

“All of our information indicates clearly that this was an airstrike. That means there only could have been two entities responsible,” Deputy National Security Adviser Ben Rhodes said Tuesday night, naming Moscow and the Syrian regime. He didn’t specify which country’s planes carried out the strike.

“We hold the Russian government responsible for airstrikes in this airspace given their commitment under the cessation of hostilities was to ground air operations where humanitarian assistance was flowing,” Rhodes said, referring to the terms of a recent ceasefire brokered between the US and Russia.

The aid convoy was hit Monday night in the area of Urum al-Kubra, west of Aleppo, prompting the United Nations to halt its aid operations in Syria.

The International Committee of the Red Cross said that around 20 civilians were killed as well as the director of the Red Crescent’s Urum al-Kubra branch, Omar Barakat. The aid was intended for eastern Aleppo, where an estimated 250,000 civilians have been short of food, medicine and water.

“Just when we think it cannot get any worse, the power of depravity sinks lower,” Ban told world leaders convening at the UN General Assembly annual meeting Tuesday.

President Barack Obama also seemed to reference the besieged aid workers in Syria during his remarks alongside Ban Tuesday: “Those in Syria and elsewhere who risk their lives to deliver aid to people in dire need … the entire world is in their debt.”

Rebels, locked in a vicious civil war with the Syrian government, reportedly hold the area where the convoy was struck. Russia has been helping its close ally President Bashar al-Assad in the fight, though it has said its efforts are focused on attacking terror groups such as ISIS that have flourished during the conflict.

Russian Defense Ministry spokesman Igor Konashenkov said on Tuesday that analysis of video footage from drones of the strike show that militants were following the convoy, according to the Russian state news site TASS.

“It is clearly seen in the video that a terrorists’ pickup truck with a towed large-caliber mortar is moving along with the convoy,” he said.

The US military, for its part, has been reviewing classified radar, signals and aerial surveillance intelligence.

Based on that and reports from the ground, it has concluded that only Russian warplanes were in position to attack this location when it happened, the official said.

For now, there is no intelligence that specifically indicates Syrian aircraft or helicopters were in the area, though that type of information could later come to light, the official said.

The official added that it appears reports from the ground are accurate that were at least two waves of airstrikes, which is a common Russian military practice. Trucks inside the compound as well as those outside on the road were hit.

But the Obama administration has not yet fully decided how much of the information regarding the Russians it wants to reveal.

The feeling among officials is that if they say too much, it will expose sensitive military intelligence capabilities to the Russians.

The UK-based Syrian Observatory for Human Rights reported that aid workers had been killed in an “aerial bombardment.”

Eighteen of the convoy’s 31 trucks were hit, the United Nations said.