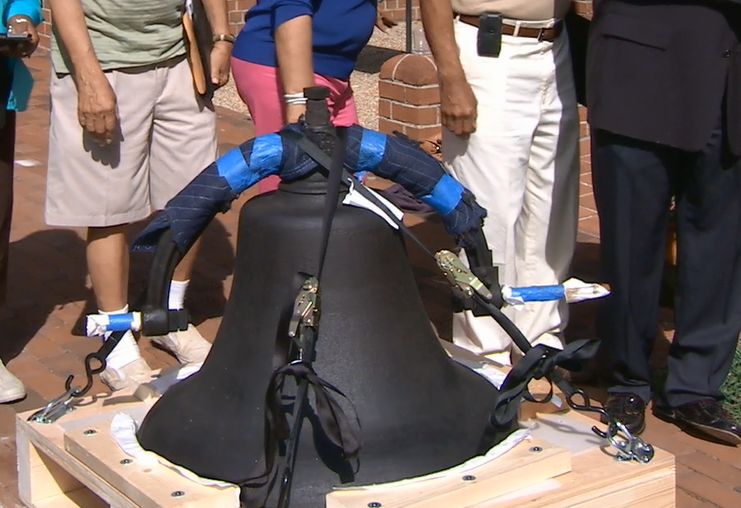 The bell will ring at the opening ceremony of the National Museum of African American History and Culture.

President Barack Obama will be in attendance at the ceremony on Saturday in D.C.

The bell has not been moved in 60 years and for its historic journey the move took some muscle from a crane.

Acquired by the congregation in 1886, the Freedom Bell was installed above the church’s current sanctuary during its construction in 1956.

Soon after its installation it fell silent due to architectural and mechanical deficiencies.

In 2015, under the guidance of a Colonial Williamsburg conservation and operations team, the bell was restored and renovated so that it could ring.