Mother of Tulsa man killed by police speaks out: ‘He was my compassionate son’ 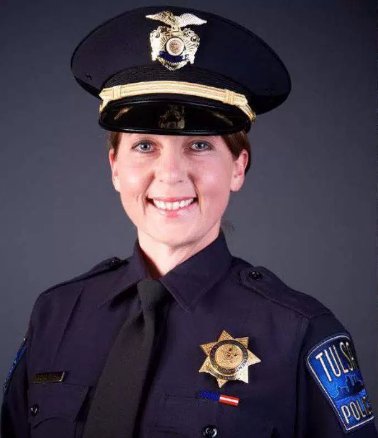 “I see Terence walking toward his SUV with his hands raised high over his body and then all of a sudden he falls to the ground,” she said in an exclusive interview with CNN’s Alisyn Camerota on “New Day.”

Leanna Crutcher said she has only been able to watch the video once. When she saw it, “I lost it,” she said.

“It’s the most devastating thing that has ever happened to me in my life.”

Five days after Terence Crutcher was shot and killed by police in Tulsa, Oklahoma, the circumstances of his death continue to spark debate and outrage around the country.

Crutcher, 40, was unarmed and waiting for help on the road in Tulsa last Friday after his SUV had broken down. Minutes later, he was shot by Officer Betty Shelby, who had stopped when she saw the abandoned SUV in the middle of the roadway. Through her attorney Shelby said Crutcher was behaving strangely and ignoring her commands, and she was afraid that he might be reaching for a weapon.

Now Crutcher’s family is speaking out to CNN about the tragedy.

In the moments before his death, a police officer in the helicopter circling overhead can be heard referring to Crutcher as a “bad dude.”

That description haunts his mother.

“He was my compassionate son,” she said in an interview with CNN on Facebook Live. “No one could ever do anything that would turn him away from being their friend. He loved people.”

The Crutchers say Terence was a hard-working student at Tulsa Community College, a committed Christian and a devoted father to his four children: three girls, ages 15, 15 and 12, and Terence Jr., who is 4.

The family recalled how much Terence loved music.

“Terence said he was going to make it big as a gospel singer,” said his father, Rev. Joey Crutcher.

He was pursuing his passion by majoring in music, and was coming from school when he died. He even made music with his brother, who died two years ago, and the family have been listening to it as they mourn.

“We want this officer to be charged with first-degree murder, premeditated murder,” said Rev. Crutcher.

“She had the opportunity to assess the situation, she should’ve been trained in this area to understand what was going on,” he added. “But she neglected her training, if she even had training at all to deal with this, and she murdered my son.”

The family’s attorney, Demario Solomon-Simmons, said he believes “the police are trying to figure out a way to justify blaming Terence Crutcher for his own death.”

“We see very clearly on the video that Terence never made a sudden movement towards the officers … when he was shot, the officers were not in any imminent harm,” he said.

The Crutcher family say that they hope Terence’s death sparks what they describe as “a movement.” His death is one of many high-profile fatal shootings of African American men by police around the US in recent years. Violent protests erupted overnight in Charlotte, North Carolina, after a police officer fatally shot a black man while trying to serve a warrant for a different man at an apartment complex.

“Peace is not the absence of tension, peace is the presence of justice,” said the Rev. Crutcher, quoting Dr. Martin Luther King, Jr. “For all the country, getting justice here in Tulsa would be the start to being able to heal not only the Tulsa community, but in many ways, America,” he added.

But for now, as the family prepares to bury Terence Crutcher on Saturday, his sister Tiffany clings to the last memories of her brother. She recalls a conversation she had with him at their 40th-birthday party a month ago.

After the party was over, Terence sent his sister a text, a message she now treasures.

It said, “God is going to get the glory out of my life.”