Police responded to the pawn shop in the 3300 block of S. Military Hwy. around 3 a.m.

The Ford F250 truck was driven into the building and was stolen from a city pump station in the 3900 block of S. Military Hwy.

Jeff Craddock, the owner of Chesapeake Pawn and Gun told News 3 when he got into the store he was in shock.

"The first thought is always there`s a vehicle in there. I've never had something like that happen before. This is a city of Chesapeake vehicle and I thought wow how could this happen?" said Craddock.

There is no suspect or surveillance footage available to News 3 at this time, but Craddock described what he saw.

"They jump out of the truck they've stolen. Two other guys run in in their getaway car and they realize there are no guns in the case and they turn right around and left," said Craddock.

Craddock has been in the pawn shop business for years and said he takes extra precautions when it comes to how he stores his guns.

"Last thing I want is guns on the street for people who didn't legally purchase them. No gun shop owner wants that," said Craddock. He said at the end of the day, all of his guns go into bags, into cases and then into safes that would take an expert hacker half an hour to crack. Craddock is also keeping his employees on the payroll and having them help clean up, so they can still make their hours.

Police say it does not appear that anything was stolen at this time but the investigation is ongoing.

A car also crashed into the Virginia Gun and Sports Supply building in Newport News on Tuesday.

Police Dispatch received a call about the incident at 4:34 a.m. and detectives classified the incident as a burglary, although Detectives say it does not appear that any guns or other property was taken at this point.

No one has been arrested in this incident yet either. 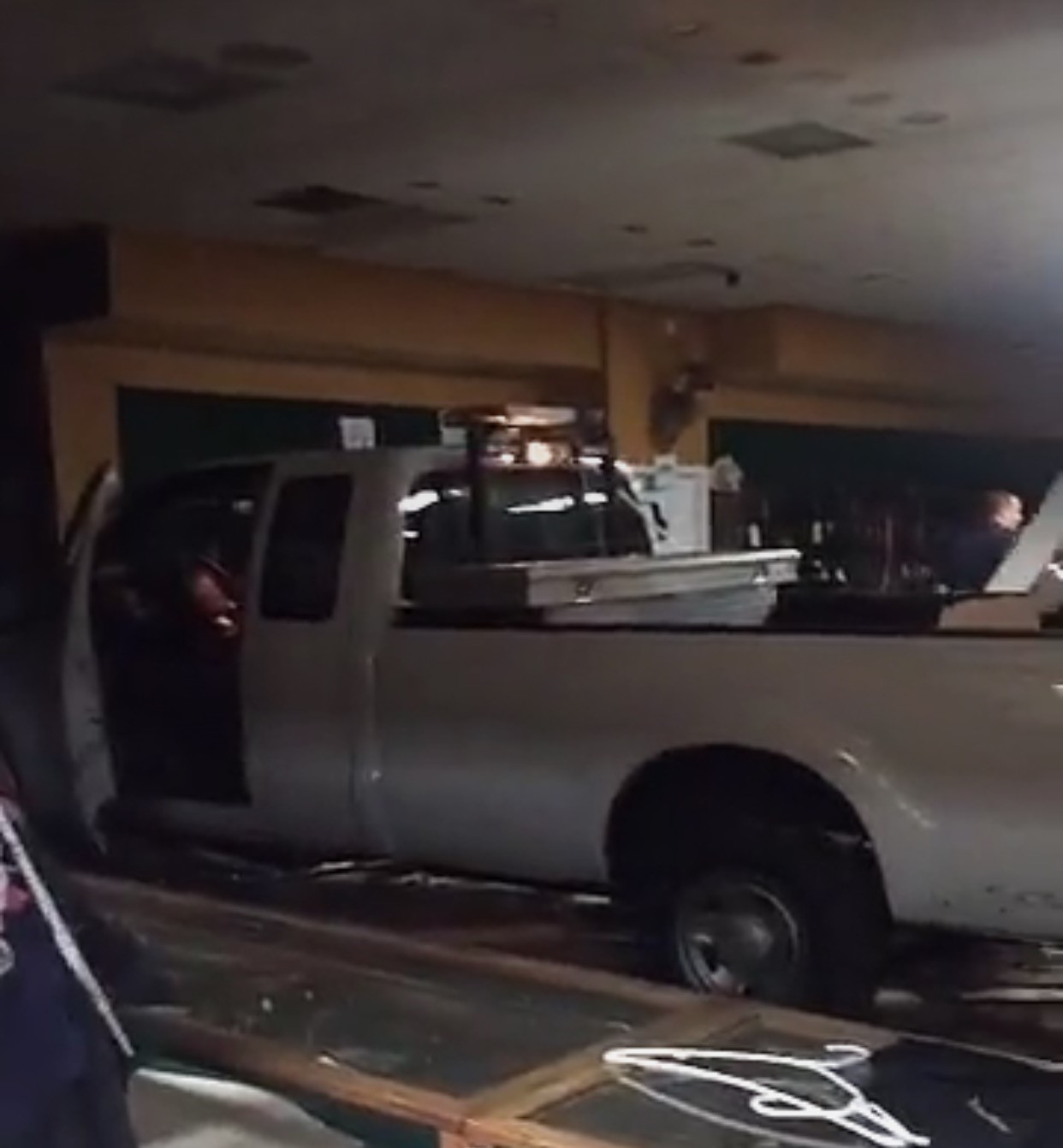