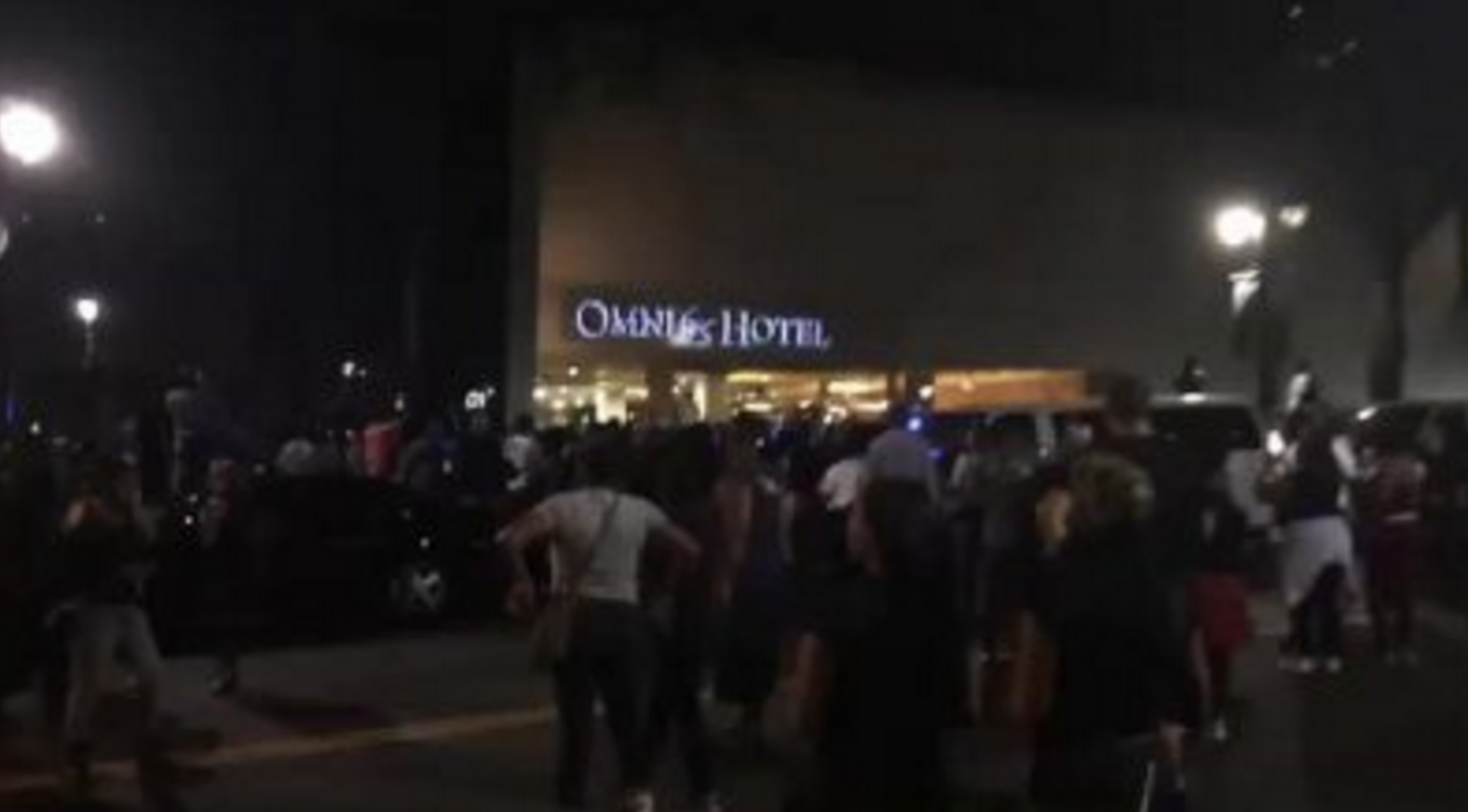 The contrast seemed so stark, you’d think you were in two different cities.

On Wednesday night, central Charlotte looked like a war zone, with some protesters destroying windows and tear gas filling the air.

By Thursday night, not a single storefront was smashed. No one set anything on fire — even though demonstrators were angry that police wouldn’t publicize the shooting video of Keith Lamont Scott.

Instead, protesters approached officers and shook their hands. One even pinned a flower on an officer’s uniform.

How did this happen?

Cops are reaching out more

As he walked briskly along the protest route, police Capt. Mike Campagna was constantly approached by demonstrators Thursday night — to shake his hand.

“Thank you, sir,” people told him before rejoining the rally.

That’s because in many cases, Campagna already knew them. Anything from a simple, “What’s up, brother?” to more emotional conversations, Campagna had contact with many of the protesters.

One woman came to shake his hand with tears welling up in her eyes.

“That was very special,” Campagna said after she left. “Her brother was killed by a police officer.”

The two had met at a previous protest, he said.

Activist Ken Nwadike of the Free Hugs Project said officers like Campagna can go a long way in building trust and curbing violence.

“He doesn’t seem threatening as a cop. You can tell he’s out there for the people,” Nwadike said. “When I asked him, ‘Why are you responding to people,’ he said, ‘I want them to be heard, and I want them to know that I’m listening.’ And that’s what protesters want — to be heard.”

Antonique Alexander, 21, was so moved by Campagna’s outreach that she pinned a flower on his police uniform.

The ones who left town

Nwadike, who marched with protesters on Tuesday, Wednesday and Thursday nights, said the sharp spike in violence Wednesday wasn’t a coincidence.

“I think a lot of outsiders came into town Wednesday,” Nwadike said. “Sometimes, if there’s an opportunity for looting, some people from the outside are going to take it.”

The timing makes sense, too. Nwadike, who has attended rallies across the country, said it usually takes perpetrators a day to get into town.

Then, “you see all these license plates coming from surrounding cities, trying to pretend that they’re part of the movement.”

The next day, he said, the out-of-towners are usually gone, and the violent in-town troublemakers have already unleashed their anger.

Across downtown Charlotte, where rioters had wreaked havoc one day earlier, National Guard members stood in front of the busted windows of the Omni Hotel and other businesses.

But many smiled, especially when protesters came up to greet or thank them.

It wasn’t always easy, but by Thursday night, peace advocates like Nwadike had made an impact.

Nwadike, who is black, had frustrated some protesters on Wednesday night when he gave a white officer a hug. Some called him racial epithets.

And by Thursday night, more protesters recognized and respected Nwadike. Even a few who hid their faces in ski masks — usually a bad sign, he said — came up to him and said, “That’s love, man, I appreciate you being out here.”

But if he senses trouble brewing, Nwadike has a tried-and-true technique for getting people to simmer down.

“I can usually see who the biggest or most dangerous-looking guy out there is, and I call him OG (original gangster),” he said.

“I say, ‘Hey man, I know you’re respected here. I’m going to need your help. If things get out of hand, can I get your support?’ And it works almost every single time.”