Hampton man arrested for carjacking and assaulting police officer, now charged with arson to his home

HAMPTON, Va. - A stun gun, a police-like baton and a handful of dirt: those are the weapons Hampton police say 59-year-old Paul Cash used to take down one of their officers on Tuesday.

“We don’t know how he got these weapons,” said Sgt. Matt Bond with the Hampton Police Department (HPD).

“We do not know if he has a history yet of maybe working in private security or maybe with police. What I can tell you is that the expandable baton that police use, it is very similar to the one that was used against our officer today. However, that is something that is accessible and can be bought by the public.”

Police say it started in a Bank of America parking lot off W. Queens Way. Cash allegedly tried to steal a car, but he ran into a problem.

“The vehicle did not start,” said Bond. “He could not get the vehicle to turnover and operate.”

Unable to start the car, police say Cash took off. He ran about one block, before he met a police officer.

That is when police say Cash threw dirt in the officer’s face, attempting to distract him.

The officer tried to use his taser on Cash, but missed.

Police say instead of reaching for his gun, the officer took a brutal beating from Cash, who allegedly used his own stun gun and police like baton to hit the officer over the head multiple times.

“The restraint that was shown by the officers today, and the training that kicked in, is to be commended,” said Bond. “They did a fantastic job, and we wish for the speedy recovery of our officer that was injured today.”

Hampton fire marshals also  charged Cash in connection to a house fire that happened around 8 a.m. the same day. The fire was at Cash's home in the 100-block of Atlantic Ave.

The Newport News Bomb Squad assisted Hampton Fire with the removal of a suspicious device from Cash's home.

According to Hampton Fire, the device was discovered during the fire investigation. The device was rendered safe at 7:35 p.m. on Tuesday.

The fire has been determined by investigators as incendiary/arson.

Cash has been charged with one count of Burning or Destroying a Dwelling, two counts of Manufacturing or Possession of Explosive Materials or Devices, and two
counts of Possession of Ammunition or Explosives by a Convicted Felon in connection with the fire.

"I'm in shock, I'm just glad it wasn't worse than it was, he confined it to his trailer so we're grateful nobody was hurt," says Lois Huffman, a neighbor of Cash. "I think some of us saw it coming, we're just relieved he's in custody."

Paul Cash is the son of Hardy Cash who was a well-known civil servant for Hampton for more than six decades before retiring.

Hardy tells News 3 that Paul had mental problems for years but would not elaborate further. He says he spoke with Paul daily, but when he called him on Tuesday, there was no answer.

"It was a complete surprise," he says. "I'm sorry that the officer was treated the way he was. I was trying to get him treatment for it, and I'm sorry that it turned out the way it did."

The officer Cash allegedly assaulted was expected to be released from the hospital Tuesday evening.

The driver of the vehicle Cash allegedly tried to steal did not need medical assistance.

Cash is in custody in the Portsmouth Regional Jail. 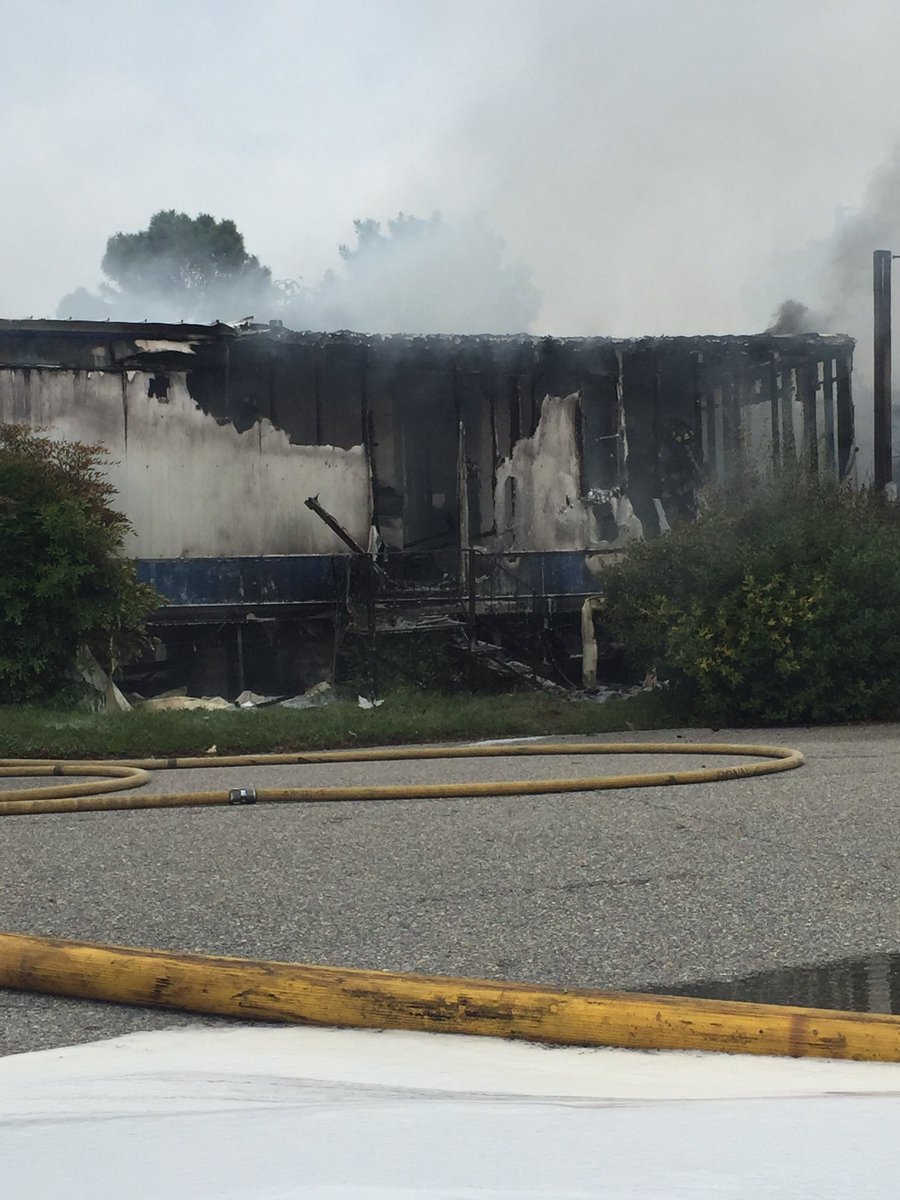