NORFOLK, Va. - Four members of the local "set" of the Nine Trey Gangsters (NTG) have been indicted for their alleged involvement in five murders and five other shootings in December 2015. 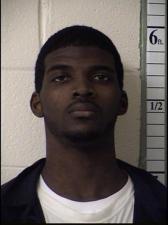 The indictment says the murders and shootings stemmed from a conflict between two local sets of the NTG, a gang affiliated with the United Blood Nation. One of the sets was led by Simmons and included Foye, Mitchell and Davis.

According to the indictment, Foye and Mitchell committed all 10 shootings while Simmons planned at least three of the shootings. Davis was the getaway driver for multiple shootings and helped dispose of one body.

One of the murders included the shooting death of 48-year-old Linda Lassiter and her boyfriend Wayne Davis.

Lassiter's father tells News 3 that the indictments put him at ease, but he still has several questions.

"I want to know why was it a killing in the first place 47 no matter what happens to the two guys or however many others, it won’t bring my daughter back," says Horace Lassiter, Linda's father. "That was my baby daughter and nobody or nothing could ever take her place."

The shootings stopped after Foye and Mitchell were arrested after an armed robbery of a Portsmouth Shell gas station in December 2015.

Police found a gun, casings and bullets, and cell phones that connected the men to the crime.

Foye and Mitchell were previously convicted and sentenced for their roles in the robbery.