NORFOLK, VA. - Some Norfolk residents are concerned tonight after several homeowners in the Oakdale Farms area had their sheds broken into.

Sheila Land is beefing up security in her backyard.

“I’ve had more gates put up. On that side – we’re replacing our front open gate. We’re gonna put locks on it," Land explained.

This comes after recently walking into her shed and finding several items gone.

“You can tell somebody put something behind it and pried it off – so this part wouldn’t be there anymore. My boyfriend air compressor was taken and his drill set was taken," Land said.

Land isn’t the only one who was targeted.

One of her neighbors living in Oakdale Farms took to Facebook – posting several pictures of two men attempting to jump a fence.

She claims they’re behind the break-ins.

"Just to know that somebody is invading your space and taking your stuff that you worked so hard to get is crazy," Land said. 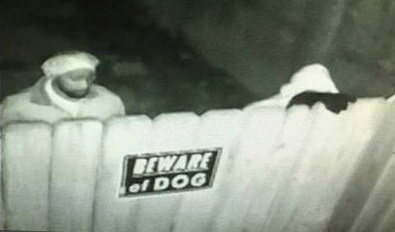 I showed Land the pictures of the alleged thieves and she had no idea who they were.

She said she’s lived in this home for 10 years and said the shed burglary is a first.

Until all her fences are up and security camera on, Land says she’ll continue to worry for her safety.

Norfolk Police say they have the surveillance pictures and are attempting to identify the men in the pictures.

They say there are several ways to avoid your shed from broken into : Light It Up, Lock it Up, Chime it Up, Cover it Up, and Clean it Up.