Check out the rare ‘black moon’ on Friday night 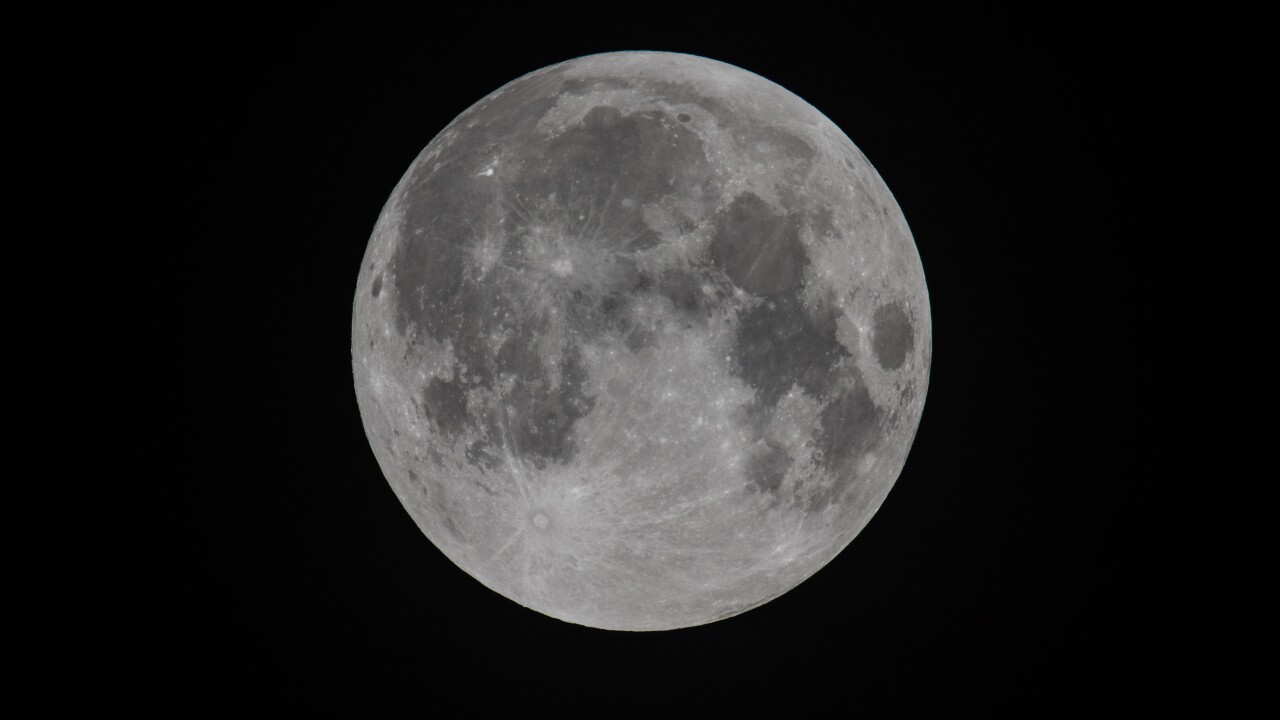 GLASTONBURY, UNITED KINGDOM – SEPTEMBER 28: (EDITORS NOTE: Image has been converted to black and white) The moon is seen prior to the Penumbral Eclipse starting on September 28, 2015 in Somerset, England. Tonight?s supermoon – so called because it is the closest full moon to the Earth this year – is particularly rare as it coincides with a lunar eclipse, a combination that has not happened since 1982 and won?t happen again until 2033. (Photo by Matt Cardy/Getty Images)

You’ve probably heard of a “blue moon,” or at least its popular-culture definition that indicates a rare occurrence. But have you heard of its similarly rare, but darker sibling, the black moon?

The extraterrestrial treat will occur this Friday, the final day of September, for those in the Western Hemisphere (North and South America).

Blue and black Moons do not refer to the actual color of the moon (though in the case of the black Moon it is somewhat accurate), but rather the overlapping that occurs in the lunar cycle during a single calendar month, which occurs fairly infrequently.
This overlap occurs because lunar cycles (or lunar months) are slightly shorter than calendar months. A lunar cycle (from new moon to new moon) takes roughly 29.5 days, while a calendar is generally 30 or 31 days, which causes the moon phases to shift by about 1 day in each successive month.

During a new moon, the moon is basically invisible from Earth, as it is located on the same side as the sun (thus there’s no sunlight to reflect off of the moon and make it visible). So the term “black moon” is actually indicative of what you will see on Friday night.

The new moon occurs late that night, which will already be Saturday, October 1st in the Eastern Hemisphere (Europe/Africa/Asia/Australia). This means that part of the world will experience their black moon on October 31st, or Halloween (spooky…)

A black moon has another definition, as it is also used to refer to a month with no new or no full moons, which can only happen in the month of February since it only has 28 or 29 days (shorter than a full lunar cycle). This only happens about once every decade or so and will happen next in February 2018.

Black moons, as with many astronomical events, have special meanings in certain Pagan religions, such as Wiccan, who believe the rare event provides extra spiritual power for rituals.

If you venture outside to take in this astronomical anomaly, do not be discouraged by the fact that you cannot actually see the black moon. During new moons, the relative darkness makes all the stars and planets shine even brighter in the night sky. Combined with the cooler and drier autumn air over much of the U.S., it should make for some good stargazing conditions.