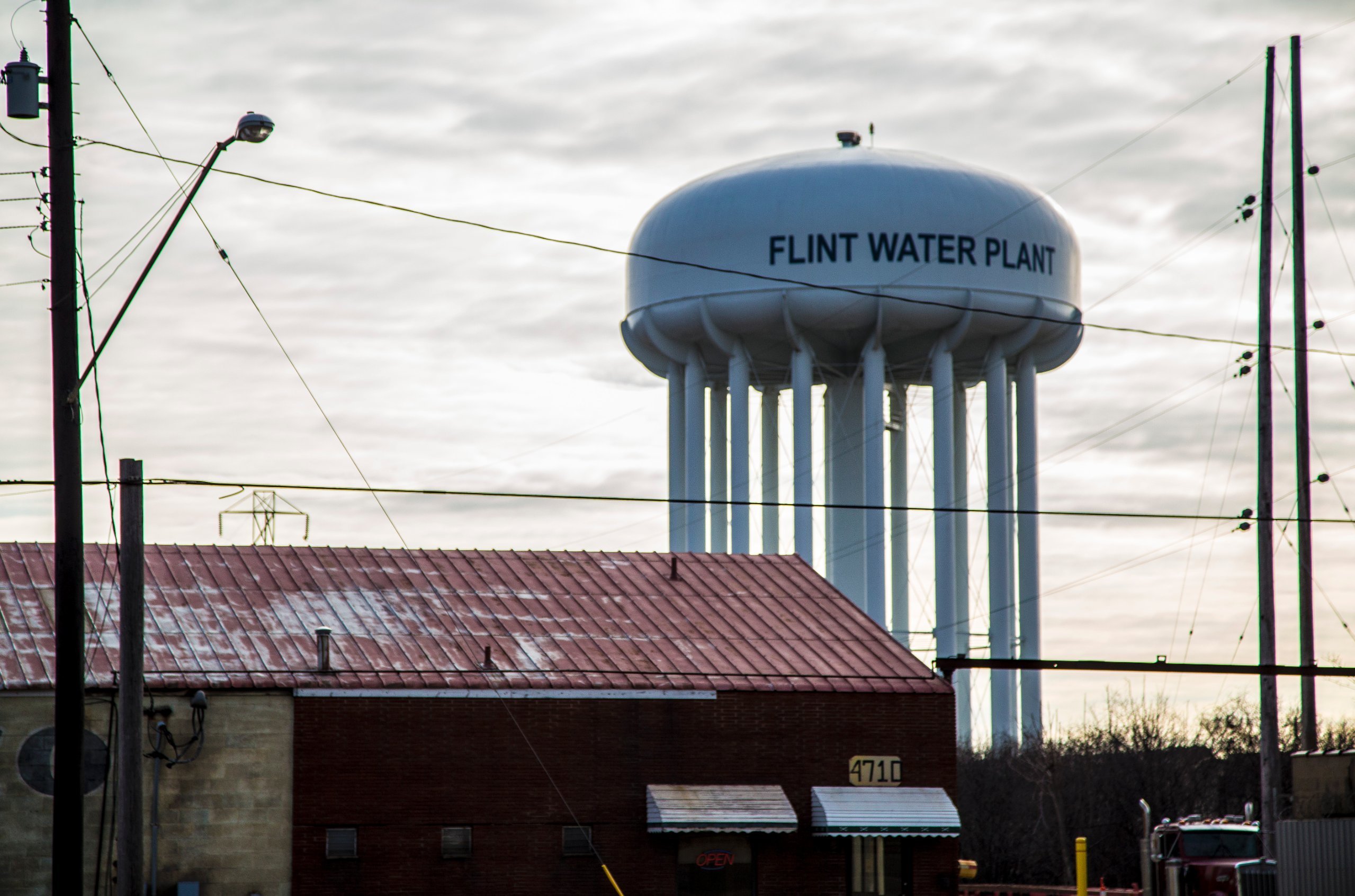 Flint, Michigan, is dealing with another outbreak. This time it’s an infectious bacterial disease called Shigellosis, which can cause bloody diarrhea and fever and typically spreads when people don’t wash their hands.

A water crisis has plagued residents there for more than two years. Last year, people experienced rashes and hair loss when high levels of lead were found in the local water supply. In 2014, the area faced one of the worst outbreaks of Legionnaires’ disease in US history.

Still afraid and mistrustful of the water, people in Flint — who are still forced to use either filtered or bottled water because of damaged water pipes — are bathing less, and refusing to wash their hands.

“People aren’t bathing because they’re scared,” said Jim Henry, Genesee County’s environmental health supervisor. “Some people have mentioned that they’re not going to expose their children to the water again.”

Instead, he said, people in Flint rely on baby wipes, which they can get for free at bottled water distribution centers.

“But baby wipes are not effective, they’re not chlorinated, it doesn’t kill the bacteria and it doesn’t replace handwashing,” Henry said. “People have changed their behavior regarding personal hygiene. They’re scared.”

Shigellosis is caused by the Shigella bacteria, and its symptoms include fever, abdominal pain and diarrhea, which can lead to dehydration. Symptoms usually resolve after five to seven days without antibiotic treatment, but it is very contagious, according to the Centers for Disease Control and Prevention. There are about 500,000 cases in the United States every year.

Highest numbers in the state

Data from the Michigan Department of Health and Human Services obtained by CNN shows that Genesee County — home to Flint — has the most cases of Shigellosis in the entire state. The county with the second-highest number of cases is Saginaw County, which borders Genesee and is home to many people who commute into Flint for work.

Of the 84 cases so far this year in Genesee County, at least 53 are in the Flint city limits, said Henry, who tracks and investigates disease in the county. At least 27 were hospitalized.

“It’s very easy to transmit person to person, or through food. If people aren’t washing their hands, it runs through the whole county,” Henry said, adding that he attributes cases even outside of Flint to the water, since there is contact between people who live in and outside the city.

County health records shared with CNN show that Shigellosis cases spiked in Genesee County in June 2016, peaking at about five times the number cases seen at any period since October 2011.

And, since the water crisis, there has been a steady increase of cases, especially in children. The youngest person diagnosed was 17 months old.

Several residents who talked to CNN said they are afraid of touching or using the water because so many got rashes in 2014 and 2015 when the state insisted that the water was safe to use.

“With the kids, we use baby wipes,” said Delano Whidbee, a Flint father of two young girls. The Whidbees have tried to limit exposure, even though they have filters on their shower and faucets.

Another resident told CNN he travels to a relative’s home every day — outside the city limits — to take a shower.

Hot water kills germs, but Henry said, “people are not running hot water through the filters,” out of fear it will decrease the life of the filter, and it’s contributing to the spread of disease.

Marc Edwards, the Virginia Tech researcher who helped expose the Flint water crisis, told CNN that people can switch off their filters when running hot water.

Did the state drop the ball again?

The CDC, state and county are now working to fight the spread of Shigellosis. Henry said he’s been pushing a “wash your hands” campaign.

But initially, he said, he struggled to get information and cooperation from the state department of health. When he alerted it to the high number of cases in August, Henry said the state health department told him to “contact the CDC,” which he did.

“During the time that MDHHS refused to communicate with us regarding Shigellosis, we had several more cases, which MDHHS knew about because they are reported” in the state system, Henry said. Eventually, in September, the state health department began working with the county and CDC on Shigellosis and other diseases, he said.

“However, for weeks the state MDHHS stopped communicating and assisting [the county] regarding all disease investigations, including Shigellosis,” he added. “This action directly compromised the safety and health of our communities.”

A spokeswoman for the MDHHS said in a statement that it worked with the county on Shigellosis in May, then felt it had to limit communication because of a protective order issued by the courts as part of the ongoing investigation into the Flint water crisis and the role the department is playing in it. It resumed information and assistance to the county at the end of August, it said.

A statement provided to CNN said, “It is entirely irresponsible … to attempt to portray MDHHS’s efforts regarding the Genesee County shigellosis situation as somehow lacking. MDHHS has been fully engaged in this effort.”