HAMPTON ROADS, Va. - Public works crews and local businesses have been working hard to brace for the impacts of Hurricane Matthew.

News 3 met up with crews on the beach and watched as they were moving sand to places on the dunes that need extra protection on Croatan Beach.

Director Phil Davenport said, "This is an area that gets hit pretty hard when it gets hit with every storm. We're just doing what we can to help out the neighborhood."

It was a plan that was already in place, but they're moving along faster because of the potential storm.

Davenport said they want to get as much done as we can right now.

The beach isn't the only place getting a little extra attention.

"We are pumping down some of the lakes in the city that are already at full capacity based on the big storm that we had couple weeks ago and some previous storm events," said Davenport.

The company cleans up all kinds of messes. Their site lists multiple services, including demolition and disposal, commercial and residential clean outs and asbestos abatement.

Howlett said they are getting their equipment ready and adding extra staff in preparation for the upcoming storm.

"We really don't want it but if it's coming we got to get everything ready, extra crew members ready. Calling up everybody," Howlett said.

Taylor's Do It Center on Colley Avenue in Norfolk is waiting for a big shipment of supplies to arrive Wednesday. Right now, they have batteries, tarps and flashlights set up in the front of the store.

Manager David Price said, "What you need to do is be ready, instead of getting ready."

People around the cities and neighborhoods getting ready for whatever mother nature has in store for our area.

Crews left this beach at around 5 p.m. Tuesday and say that they will be  doing more dune work in an effort to prepare the beach for the storm. 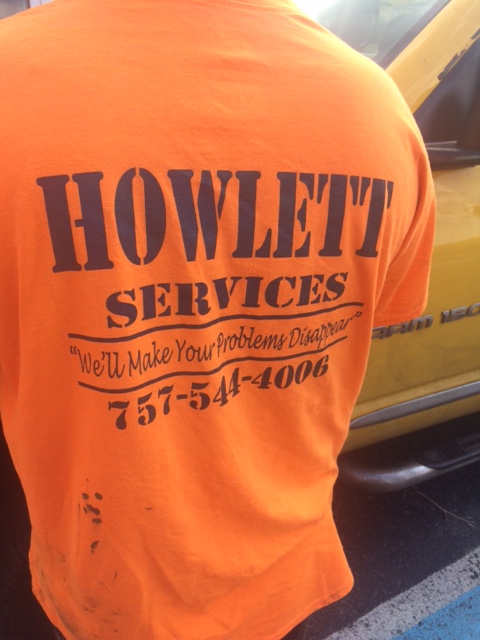