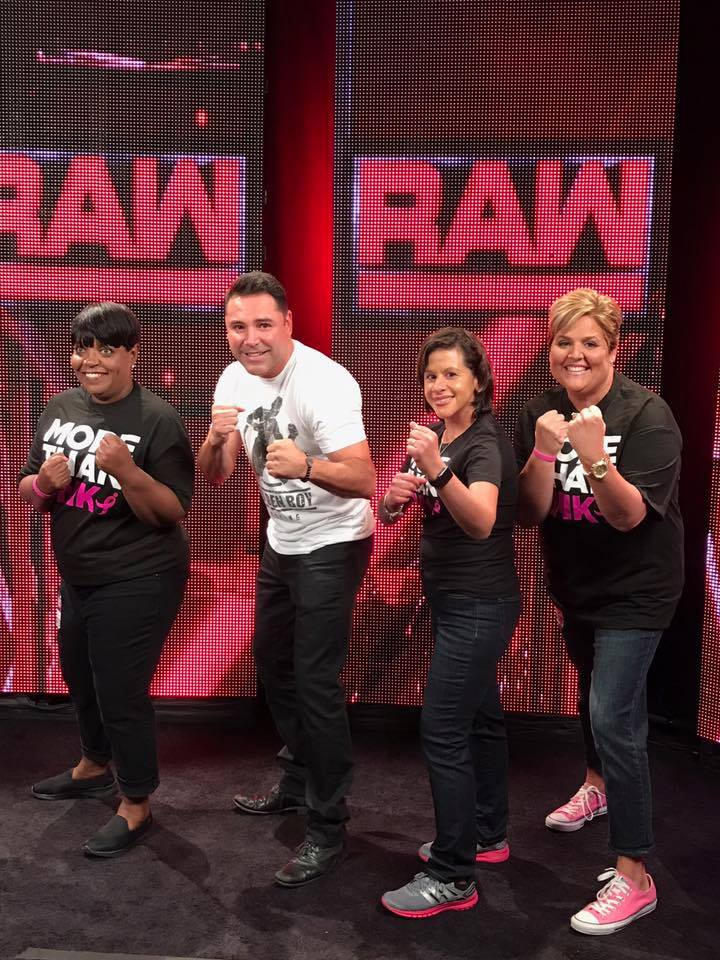 CHESAPEAKE, Va. – Susan G. Komen and the World Wrestling Entertainment Inc. held a contest for breast cancer survivors and a woman from Chesapeake was one of the winners!

The contest was called “Share Your Story” and was for breast cancer survivors who continue to take action against cancer.

There were three winners in total and Regina Foreman, of Chesapeake, was one of them.

Regina was accompanied by two other survivors, one from Ohio and one from Florida.

The women were also featured in promos that were centered around their survival stories. WWE will be airing the promos during the month of October on the USA Network and the WWE Network.

October is Breast Cancer Awareness Month and to kick it off the three contest winners also were flown to Los Angeles on September 2.

They were featured on Monday Night Raw where the survivors got to stand in the ring.

Here is what Regina’s daughter sent in to nominate her mother for the contest:

I am nominating breast cancer survivor, and my mother, Regina Foreman. Her strength surpasses everyone else I know. While battling cancer, my mother managed to continue her education. I watched her study and continuously worked while going through treatment. My mother managed to persevere through the physical and mental pain that came with cancer, and she received her Master degree. She even talked her doctors into rescheduling a major surgery, just so she could walk across the stage on her graduation day.

My mother now helps other women AND MEN who are battling breast cancer through her non-profit organization, along with working with other organizations such as March of Dimes, Relay4Life, and Susan G. Komen, and several support groups. She brings breast cancer awareness to all she reach, teaching early detection, faith, healthy habits, and lend support to patients. She uses here battle to reach and help save others. She is indeed a true hero!