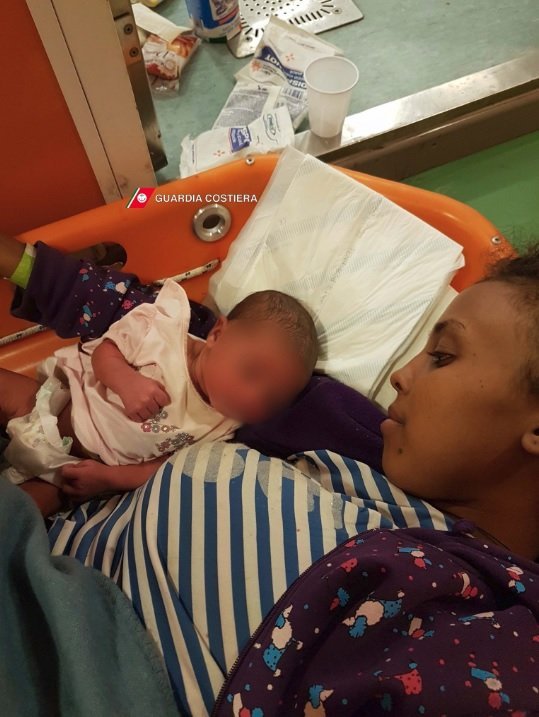 Some good news has emerged in the continuing tragedy of Europe’s Mediterranean migrant crisis.

Two babies, a boy and a girl, were born to two different migrant women on the Italian coast guard vessel Dattilo in the early hours of Wednesday morning, according to the doctor who helped deliver them.

A third baby, a boy, was born one hour after the ship had docked in the Sicilian port of Catania. At least one of the three women to have given birth was from Eritrea.

“It was a very emotional moment,” Doctor Giulia Marinig, the doctor on board the Dattilo, told CNN.

“To give birth on a ship is certainly not the ideal conditions, which is why in these situations it is fundamental to stay calm. Luckily the three babies were all in the ‘head down position’ so the births went smoothly, and the coast guard personnel were incredibly helpful.”

The new mothers were among more than a thousand migrants, the vast majority from Sub-Saharan Africa, who were rescued off the coast of Libya on Monday and taken to the Italian island of Sicily.

Over the past two days rescue services have dealt with more than 10,000 people who were pulled from boats as they tried to make the crossing from Libya, according to the Italian coast guard.

On Tuesday more than 4,650 would-be migrants were rescued from 33 boats, including 27 rubber dinghies, just off the coast of the north African nation.

According to the International Organization for Migration, around 132,000 migrants have arrived in Italy by sea this year — not including those picked up over the last 48 hours — and more than 3,000 have died.