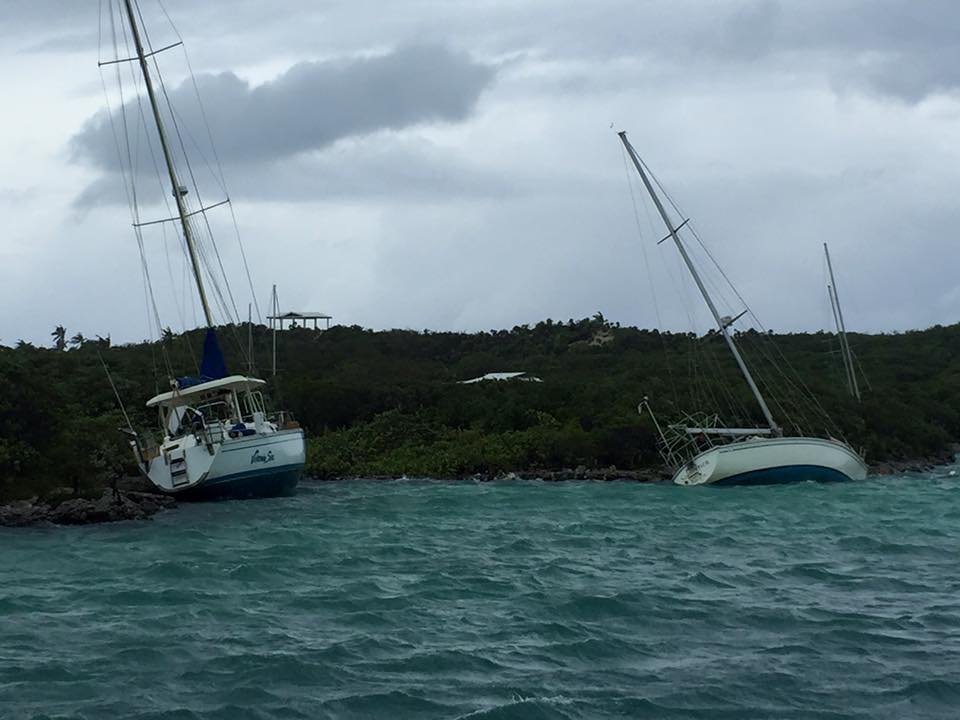 If the storm’s wrath isn’t enough on its own, the possibility of up to 11 feet of storm surge could leave hundreds of thousands of homes inundated with water and without power.

“We are already starting to see the impacts (from Hurricane Matthew), and it’s a monster,” Gov. Rick Scott said at an evening news conference. Scott told residents in evacuation zones to go inland. “You still have time to leave. Get out. There’s no reason to take a chance.”

Officials from South Florida to North Carolina don’t intend to risk their residents’ safety. Residents who aren’t under mandatory evacuation orders have been warned to remain vigilant and be prepared to outmaneuver the storm, depending on its track.

• Matthew remains a Category 4 storm with winds of 130 mph, according to the latest National Hurricane Center advisory. As of 10 p.m. ET, Matthew was about 135 miles southeast of Cape Canaveral. The center of the storm was moving northwest at 13 mph.

• President Barack Obama declared a state of emergency for Florida and South Carolina.

• Based on the latest projections, Matthew could make landfall in Florida as a Category 4 storm, or it could skirt the coast and head north before possibly heading back toward land.

Scott told Floridians on the state’s Atlantic coast that the question is not whether they will lose power, but for how long. Thousands of outages were reported late Thursday in south Florida.

A direct hit by Matthew, he said, could lead to “massive destruction” on a level unseen since Hurricane Andrew in 1992. Voluntary and mandatory evacuations in the state stretch from Miami to the Florida-Georgia border.

People who stayed behind stocked up on supplies and boarded up windows, as there were numerous reports of county governments, schools, cruise lines and amusement parks closing. Many residents found long gas lines. But so far, the state isn’t running short on supplies, Scott said.

Airline passengers were urged to call before leaving for the airport. Florida airports had canceled hundreds of flights, most of them in Miami, Fort Lauderdale and Orlando. Fort Lauderdale closed its airport, airlines suspended operations in Miami, and Orlando’s airport was slated to close at 8 p.m. Thursday, airport officials said.

Palm Beach residents cleared many grocery store shelves ahead of the storm. Yet despite all the warnings, West Palm Beach Mayor Jeri Muoio said not everyone is listening, even with mandatory evacuation orders in place.

“More people are staying than leaving. It’s very concerning. When the winds really pick up, we will not be sending (emergency responders) out,” she said.

With the eye of Hurricane Matthew pushing north, Miami-Dade County will restart some services, including public transit, on Friday morning, Mayor Carlos A. Gimenez announced.

In Daytona Beach, Mayor Derrick Henry urged residents against being emboldened by years without a direct hit from a hurricane.

Even so, CNN found Daniel Myara, who has lived in the city for 25 years, barricading his business, Cruisin Cafe, with plywood and screws.

He’s not going anywhere. In fact, a sign outside declares his bar open: “Honk for hurricane party inside.”

He’s been working for three days and in that time has seen the price for a sheet of plywood jump from $15 to $40, he said.

Hurricane Matthew pummels Haiti | How to help those affected

“I wanted to get a bird’s-eye view of the action and maybe see the pier one last time and get some before and after shots,” Daley told the station. “I’m not worried; I am being realistic… I live in a solid concrete condo. I’m pretty secure.”

Close to half a million people were expected to have evacuated by Thursday, said Kim Stenson, director of South Carolina Emergency Management.

The South Carolina Department of Transportation changed the directions of eastbound traffic lanes to accommodate the exodus of people leaving coastal cities like Charleston.

As thousands fled inland, some people said they were staying put. Charleston residents boarded up businesses and prepared to hunker down.

Cheryl Quinn said she and her husband were fine a year ago when Charleston endured a brush with a big storm.

“It was kind of a party down here. I hate to say that,” she said, but she’s reserved a hotel room, just in case.

North Carolina playing it by ear

Gov. Pat McCrory declared a state of emergency for the state’s 100 counties. So far, though, no government official in the state has urged residents to evacuate.

“We’re just going to have to play it by ear and have our resources ready,” the governor has said.

Gov. Nathan Deal has declared a state of emergency in 30 counties near the coast and ordered evacuations for all counties east of Interstate 95.

Of special concern is Tybee Island, a low-lying island east of Savannah, which is also under mandatory evacuation orders. “Remain calm, be prepared and make informed, responsible decisions,” Deal said.

In Savannah, Mayor Eddie DeLoach warned those who stay that they’d be on their own.

“If you decide to ride it out, do not expect us to be there to help you. We will not risk the lives of our emergency responders to save those who refused to heed this evacuation call,” he said in a statement.

Atlanta Motor Speedway, which hosts NASCAR races, tweeted that evacuees could set up in its campground.

The Georgia Department of Public Safety closed off eastbound lanes of I-16 before reopening the lanes with traffic flowing westbound from Savannah.