Ashville Park neighborhood under water, neighbors are hoping for a fix 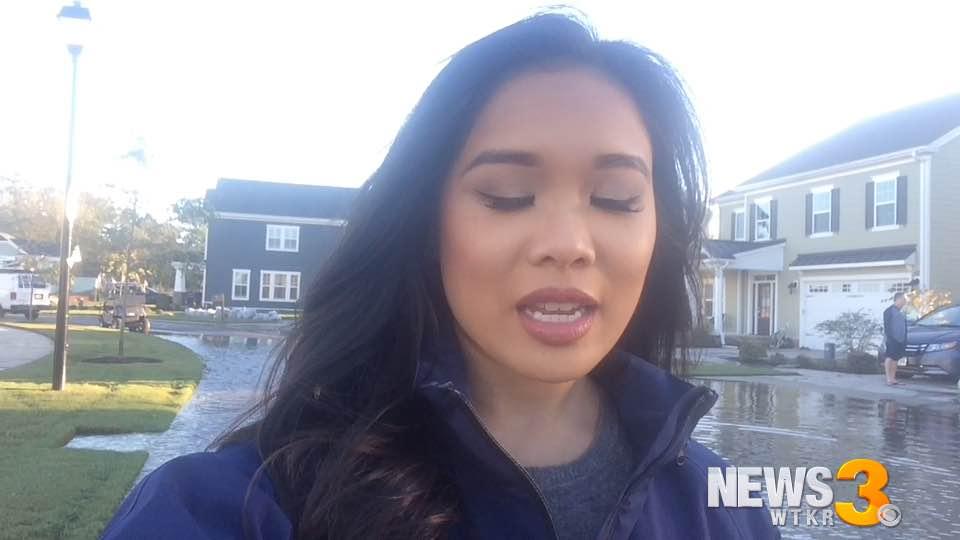 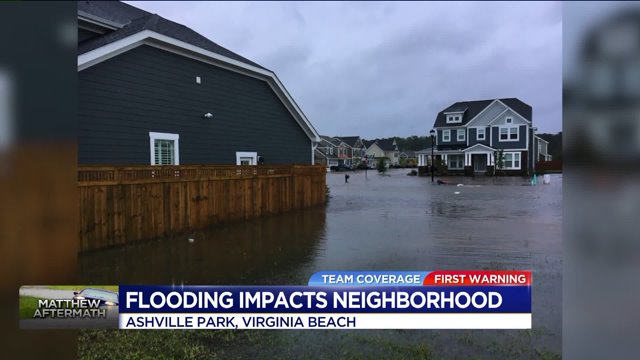 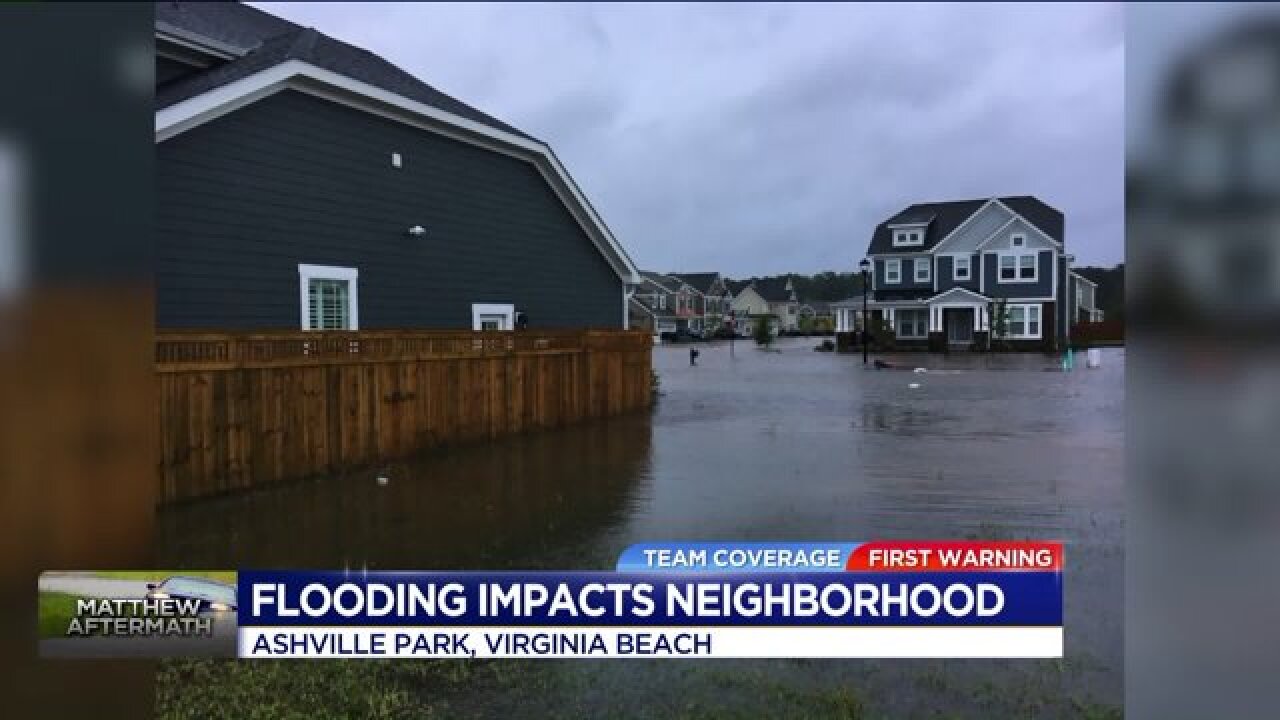 On Monday, with the help of his neighbors, Rob Landaur hauled away a soaked rug and swept up trash floating into his front yard from someone else's garage.

“We just can’t do this every time we get a lot of rain. It’s crazy, schools have to close, different things have to happen because the neighborhood floods like this," said Landaur.

The effects of Hurricane Matthew have turned the streets of Ashville Park into flowing rivers. Landaur told News 3 the water was halfway up his mailbox, around 2 ft deep. Flood waters took over Landaur's garage and the first floor of his home wasn't spared either.

“It was just heartbreaking because never in my life did I expect this. We just thought it’s a brand new development, they developed it with the latest technology," said Landaur.

Landaur and his fellow neighbors know the neighborhood developers, HomeFed are working on a fix to the stormwater management system. This, after major flooding in 2014 affected homes living in the neighborhood. The Public Works Department has been studying the neighborhood since February to get to the bottom of the problem.

“We just want the city and developer to figure a way to fix the system, whatever they need to do. It’s an amazing neighborhood, all the neighbors are really amazing. We don’t want to leave," said Landaur. He hopes improvements can be made soon so thousands of dollars in damage can be spared. But for now, he is focused on taking care of his son.

“The power’s out, the time’s ticking on the food in the fridge. I’ve got a 2-year-old son and it’s just…my main concern is him and making sure we’ve got food for him.”

Landaur is still unsure when power will be restored to his neighborhood.