Flooded streets continue to be an issue in Chesapeake neighborhoods

CHESAPEAKE, Va. - Flooded streets continue to be an issue in several Chesapeake neighborhoods.

In the Greenbrier area of Chesapeake, landscaping companies worked Monday to remove debris from sidewalks, driveways, parking lots and streets. Many roads were blocked due to downed trees and flooding.

In the Deep Creek area, many streets are still flooded.

Along Appaloosa Trail, residents tell News 3 the last time flooding got this bad was after Floyd in 1999.

Briana Coyler has been trekking through water that is at points waist deep just to get to her car parked blocks away on dry land. 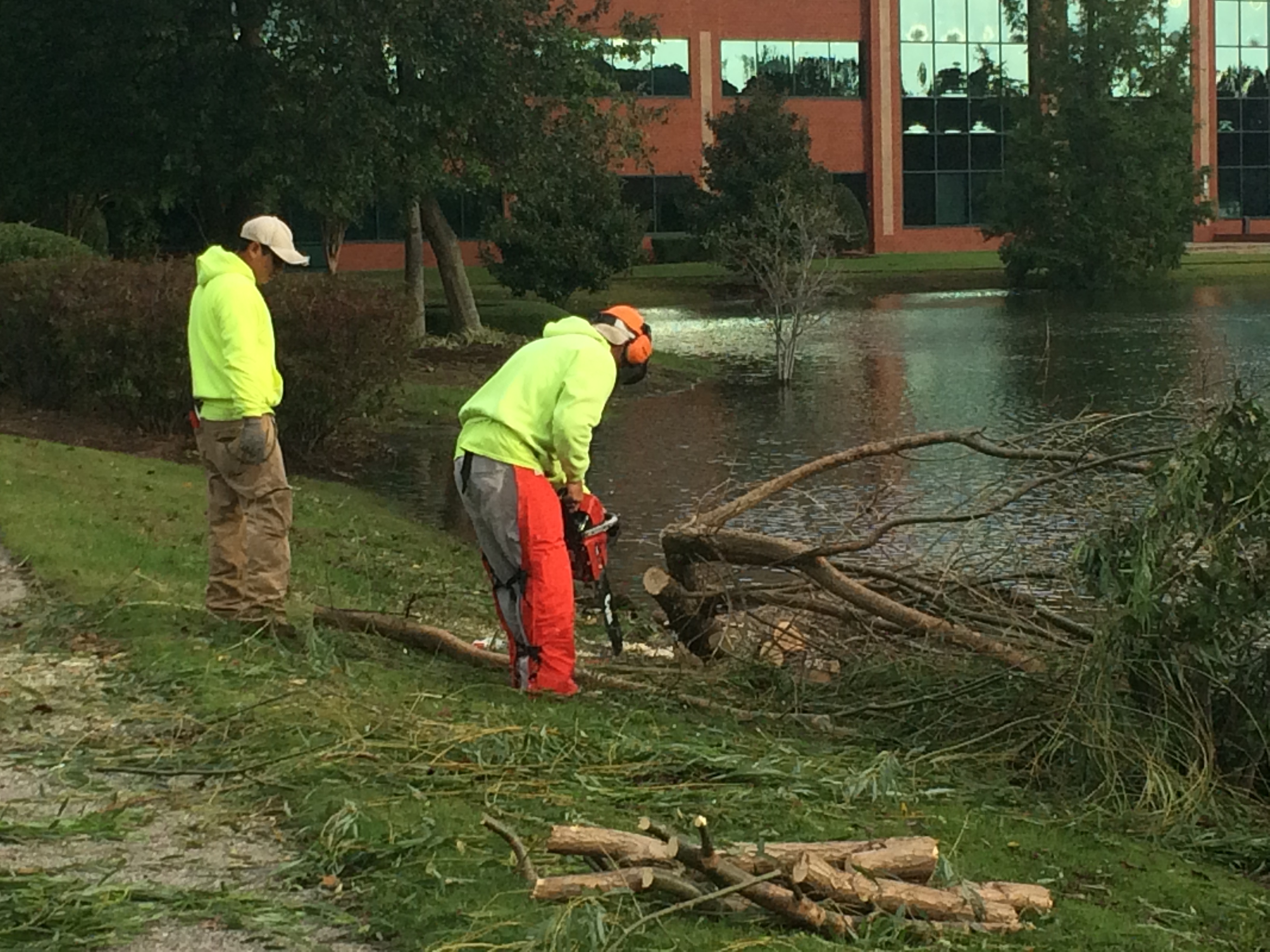 "It's a pretty good hike. I mean it's not fun walking through all this water. It's so thick and you might as well swim or just go in a kayak at this point," she told News 3's Todd Corillo.

During the day Monday, the Chesapeake Fire Department responded to the neighborhood to check on residents who haven't been able to leave their homes.

Tuesday, Leslie Buckner showed News 3 how deep the water got in his backyard, where an above ground swimming pool nearly became in-ground during the storm.

Sheriff Jim O'Sullivan toured some of the flooded areas in Deep Creek on Tuesday morning to survey flood damage.

Work crews have been filling 10,000 sandbags and placing them along the water line in neighborhoods near the Dismal Swamp Canal. Approximately 36 inmates from the Chesapeake City Jail are placing 300 sandbags near Hinton Avenue.