SUFFOLK, Va. - A section of two heavily traveled roads were washed out on Sunday after Hurricane Matthew swept through Hampton Roads. 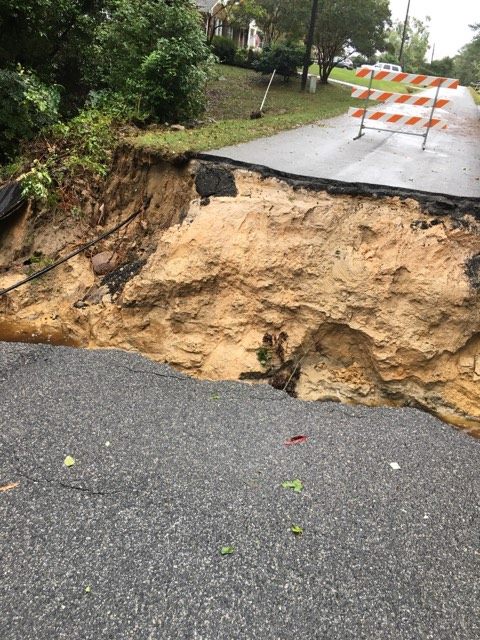 The 2200 block of East Washington Street was a flowing river with a current strong enough to push cars to the guard rail. Drivers who attempted to pass through got stuck in the current and with a dead car they had to swim to safety.

A section of Lake Cohoon Road was gone after water took out the pavement and the ground beneath it. Residents are saying this is the worst flooding they have ever seen.

Homes were surrounded by the flood waters that soaked into their yards and driveways.

Many homes in the area were also without power starting Saturday evening.