Flooding caused by Hurricane Matthew still a problem in Kempsville

Flooding was still an issue on streets near Kempsville Lake while murky water covered roads.

Many cars were damaged by flood waters, but some people are turning a negative into a positive.

Jason Zabel and his buddy Ben Stab spent the day kayaking in streets that were flooded.

"We're out canoeing in the streets that are a little more flooded my neighborhood," said Zabel.

The high schoolers had the day off for Columbus Day.

The teens even let News 3 hop in for a few minutes.

The water was only a few inches deep, but it caused drivers to put the breaks on.

"I do ask people to slow down as they're coming by so I don't get hit," said Zabel.

Lisa Gard left North Carolina to stay with her children in Virginia Beach.

Other neighbors still can't get to their cars in their driveways because the flood waters are still so deep.

Bridgette Schroeder said, "It's beautiful today but we still can't bring her car over here. It's still parked on the street but this is a puddle compared to what it was."
With no ride, Chris Schroeder walked six miles to get home from work Saturday night.

"It was very windy, rainy. It would hit you and would feel like needles on you pretty bad." 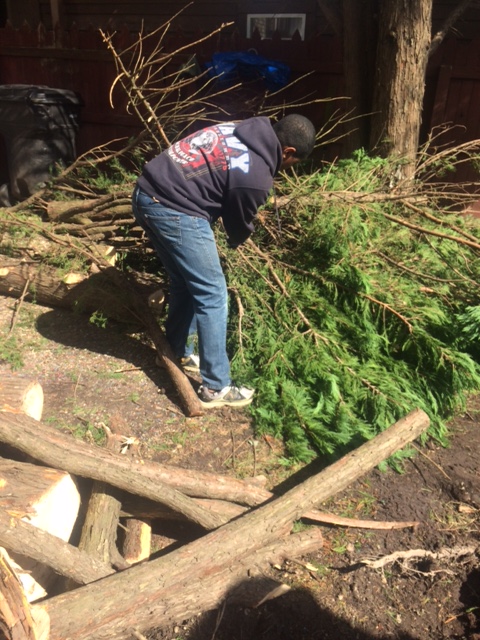