NORFOLK, Va. - Police responded to the scene of a commercial robbery Tuesday night.

The incident occurred at the Ocean view Inn at 1020 East Ocean View Ave.

The clerk at the inn was physically assaulted by the suspect and a received non-life threatening injury, the clerk was then taken to Sentara Norfolk General Hospital for treatment.

The incident occurred around 9:15 p.m. when a man entered the establishment and displayed a handgun.

The suspect then demanded money from the clerk and the employee complied. The suspect struck the clerk with the gun causing an injury, and fled on foot.

The suspect has been described by police as a black male, 6'3" tall last seen wearing a red bandana over his face.

He was also in a black hooded sweatshirt, black jacket, black jeans, and was wearing white shoes. 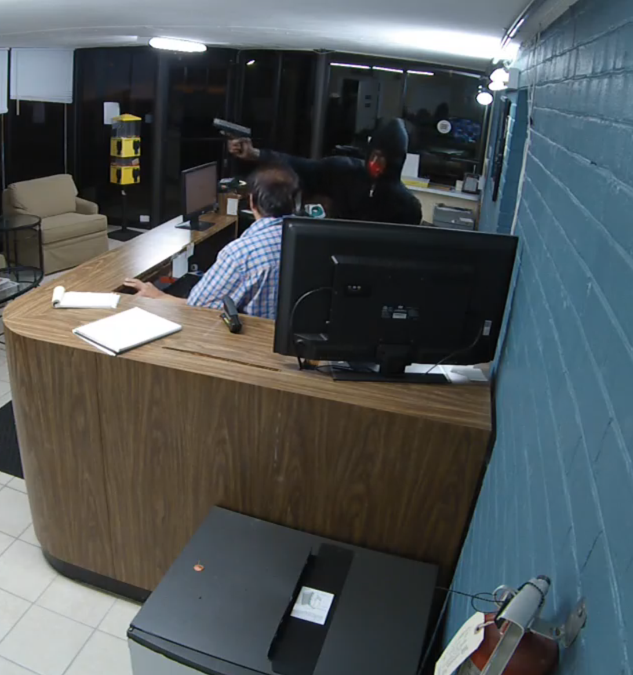 If you have any information about this incident call the Crime Line at 1-888-LOCK-U-UP.