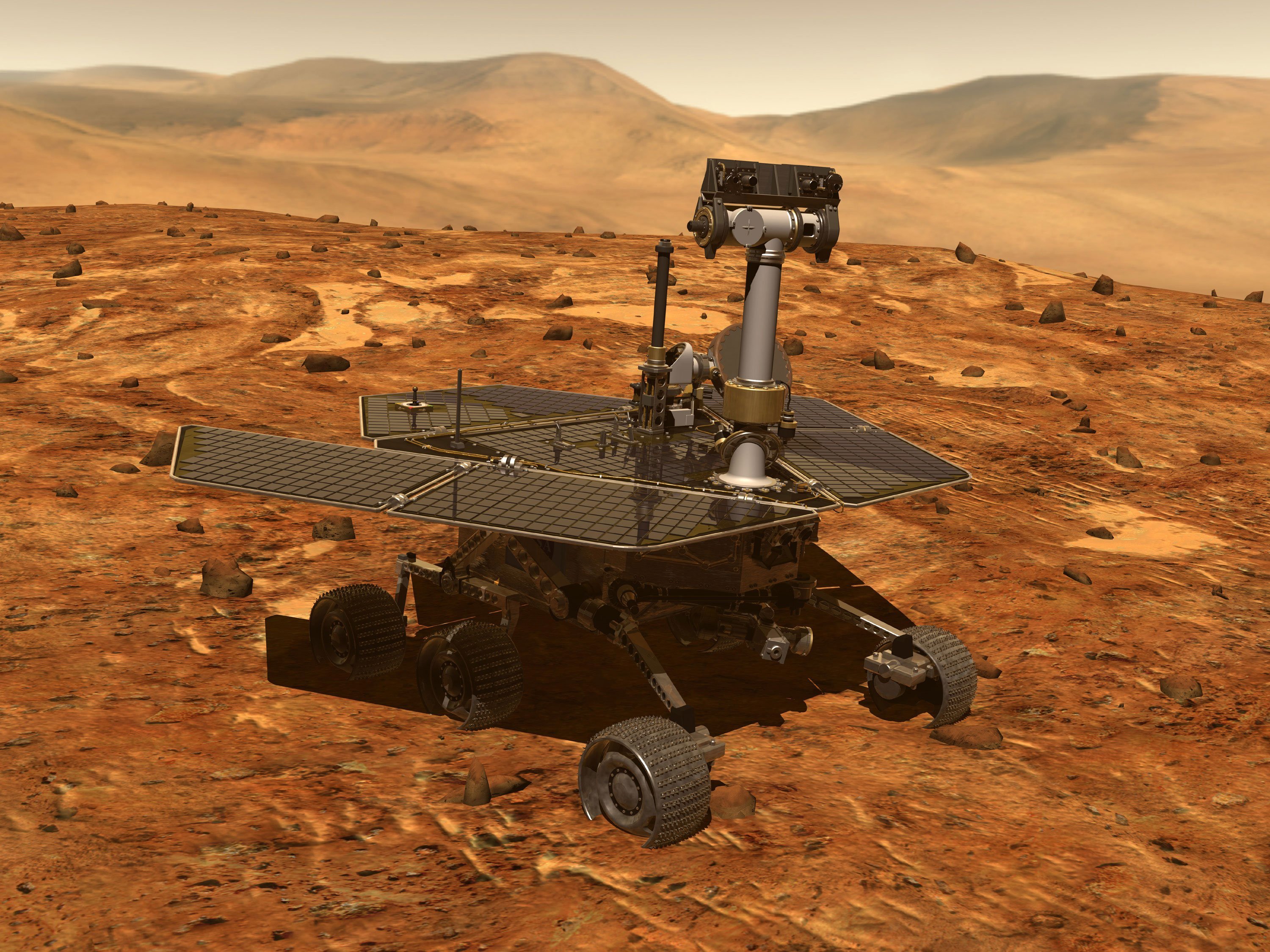 Astronauts on a mission to Mars will be expected to rely on their memory, multitasking and decision-making skills to handle the first manned expedition beyond the moon. But the harmful radiation from galactic cosmic rays throughout their journey could cause them to experience cognitive impairment in these key areas, as well as increased depression and anxiety, according to a new study.

The effects of exposure to highly charged and ionized particles during extended deep-space travel could be long-lasting and without resolve, similar to dementia.

“These charged particles are very dangerous,” said Charles Limoli, study co-author and professor of radiation oncology at the University of California, Irvine. “The reason is, they are very energetic and fully ionized, and when they travel through the body, they produce this type of damage that the cells and tissues of your body find very difficult to recover from. Now, it really looks like the complications associated with these exposures to the brain are becoming one of the more difficult to deal with.”

The particles are believed to originate from the remnants of ancient supernovae. Though NASA has known for a long time that the space environment is a radioactive one, astronauts have largely been within Earth’s protective magnetosphere aboard the International Space Station. The only astronauts to directly encounter galactic cosmic rays were those embarking on short-duration trips to the moon. But just trying to reach Mars will take six to nine months.

Even radiation shielding on the craft used to take astronauts to Mars isn’t the ultimate prevention tactic. Currently, there is no technology that can stop these particles from penetrating spacecraft and affecting the astronauts, Limoli said.

What researchers can learn from mice

Limoli and his team exposed mice to similar radiation, such as fully ionized oxygen and titanium, over time. They studied their brain activity and structure when the mice went through exercises to test areas of cognitive function. Their learning, memory, multitasking, cognitive flexibility in changing situations and even behavioral adaptation were altered or negatively impacted. The radiation disrupted and reduced dendrites and spines within their neural networks, which make up the highway that transmits signals in the brain.

The exposure also affected the the brain’s process of fear extinction, which can help minimize stress when reflecting back on a bad experience. Without this process, it’s easier for someone to become anxious or depressed.

Even though the mice provide a good example, it’s not yet possible to show how it would affect an astronaut. People aren’t lining up to have their brains irradiated either, Limoli said. The data sets from the study provide evidence of potential risk, which he believes is critical for NASA to know.

Six months later, the brains of the irradiated mice still shows sign of inflammation and neural circuitry damage. New data, obtained since the study published, indicate that the damage lasts up to a year, which surprised the researchers, Limoli said.

Like other obstacles on the journey to reach Mars, Limoli believes this is something that can be overcome and isn’t a “deal-breaker.”

“These astronauts are not going to come back with full-blown Alzheimer’s,” he said. “But there is the chance that there will be some mild cognitive impairment, and we just don’t know to what extent that will manifest.”

The study was funded by NASA through grants awarded to researchers working with its Human Research Program. NASA has not responded to a request for comment.

Over the past eight years, Limoli’s research efforts have largely focused on radiation effects on the brain. He and his team are looking into pharmacological solutions that would target the neurotransmission and signaling pathways in the brain to protect the astronauts during or after the trip. The key is to protect the neural circuitry, because recovering it is much more difficult once it’s damaged, Limoli said.

This is similar to the issues faced by those undergoing therapeutic radiation for cancers. People recovering from the radiotherapy used to treat some types of cancer are known to suffer cognitive problems for decades. The solutions Limoli and his team hope to find could not only help astronauts on deep space missions, they could have a positive impact for people in radiation situations on Earth.

Radiation-resistant fungi is another potential aid for astronauts in the future, according to NASA research scientist Kasthuri Venkateswaran. Species of fungi were found near the Chernobyl accident site, and surprisingly, they were radiotrophic: growing toward the radiation source rather than away from it. Some of the proteins associated with these fungi could be useful for radiation therapy, although research hasn’t confirmed this, Venkateswaran said.

“Some of the radiation therapy molecules coming from secondary metabolites of these fungi will be useful for a few things,” he said. “One of the things fungi produces lovastatin, which is the antidepressant compound that can be used as radiation therapy compound too.”

Venkateswaran and his team sent species of this fungi to the space station to study how it reacts in microgravity, and their results are promising. The stressful conditions of the space station actually caused the fungi to grow faster. If researchers are able to produce more and learn more about its genes, they might be able to reproduce it and create a medicinal production facility in space.

This could be a long way off. The next steps for his research team include purifying the compounds of the fungi. By September, he hopes that they will have finished characterizing the fungi and their compounds. Then, they can patent them, and the compounds can be eventually used in clinical trials.

‘A problem that obviously isn’t going to go away’

Though radiation-resistant fungi compounds may not necessarily help with shielding from galactic cosmic rays, Venkateswaran envisions this as a pharmacological way to help astronauts cope with other space radiation.

Astronaut health is the subject of numerous other research initiatives now and going forward. Researchers hope that the initiatives in place to help send humans on deep space missions will also help those on Earth suffering from diseases like Alzheimer’s and Parkinson’s, as well as depression or traumatic brain injury.

More investments and plans are being revealed during President Barack Obama’s White House Frontiers Conference in Pittsburgh on Thursday.

“For the adventure in all of us, this obviously is the final frontier,” Limoli said. “You would like to think at some point in the future that we will be (going to Mars), and this is a problem that obviously isn’t going to go away, is inherent to space, and we’ve got to figure out how to deal with it. The more we know about it, the better prepared we can be.”