Hillary Clinton shimmied her way through an interview on “Ellen” Thursday, breaking out her signature move from the first presidential debate and recounting how it played out during that contest.

“Does everyone do that to you now?” asked host Ellen DeGeneres.

“Yeah, I like it. I didn’t even know I was doing it,” Clinton said in an interview that aired on News 3 Friday. “I knew that I said, ‘Woo!’ I knew that, but I didn’t know that I did the little shimmy to go along with it. And then afterwards I saw it and now people are always saying, ‘do the shimmy, do the shimmy,’ you know?”

Clinton also revealed what it was like sharing the stage with Republican presidential nominee Donald Trump during the more recent debate last Sunday, joking that Trump would “literally stalk me around the stage.”

“My opponent, Donald Trump, was going to try to dominate the space almost to the exclusion of the people who were sitting there. I mean, they were sitting there so that we could talk to them,” the former Secretary of State said.

“And because of the revelation of the public video and everything that came out on ‘Access Hollywood,’ he was really all wrought up and you could just sense how much anger he had. And, so he was really trying to dominate and then literally stalk me around the stage, and I would just feel this presence behind me. And I thought, ‘whoa this is really weird’ — so I was just trying to stay focused.”

Clinton explained that it was frustrating debating the real estate mogul both because of the distraction from policy issues created by the release of the ‘Access Hollywood’ tape, and because of the difficulty of fact-checking an opponent she said “is consistently spewing falsehoods.”

“It’s frustrating, I feel such a sense of obligation to people. Everybody makes mistakes, don’t get me wrong, I obviously have made more than my share, but to run against somebody and debate somebody who is consistently just spewing falsehoods,” she said.

The former first lady also reacted to a speech on her behalf on Thursday by current first lady Michelle Obama, who tore into Trump over allegations of sexual assault in addition to his sexually aggressive comments on the leaked tape.

“The speech that she gave, I think put into words what so many people are feeling,” Clinton said. “And not just women and girls, men and boys. In another part of her speech, she said, ‘this is not the way men in my house talk.’ And that’s what I have been hearing from men the last several days.” 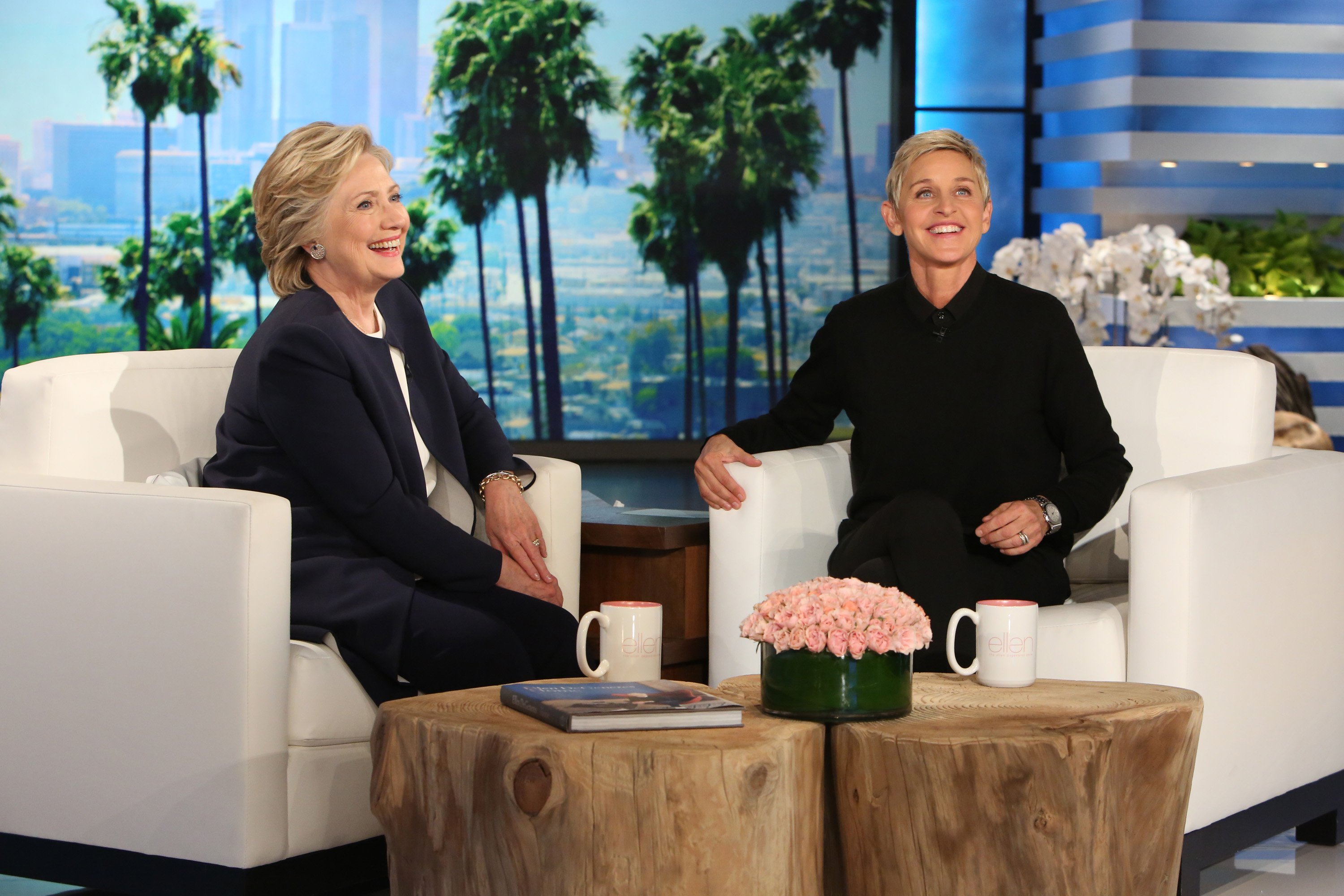