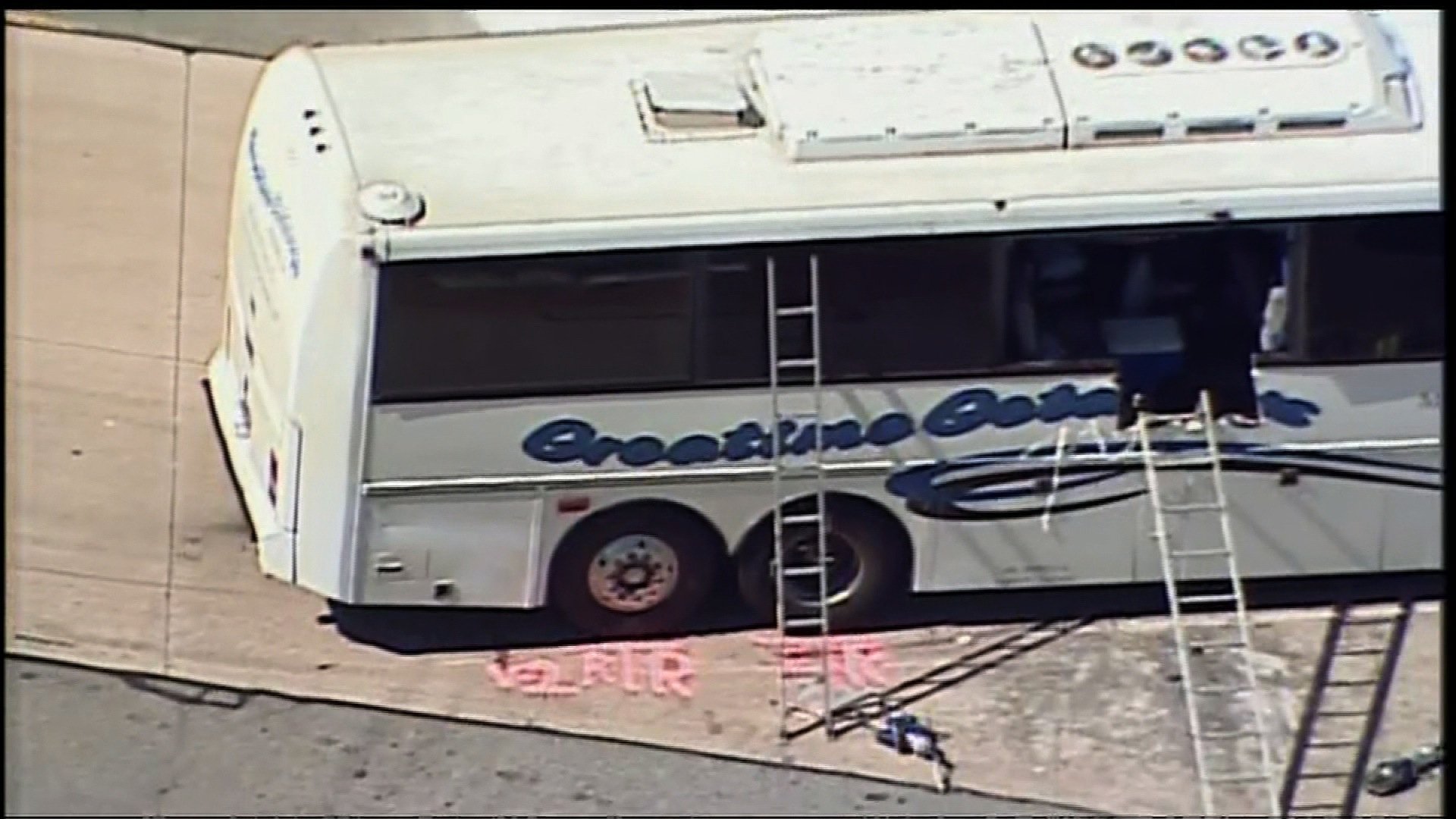 One person was killed and 43 people were injured Thursday morning when a tour bus carrying senior citizens collided with a tractor-trailer in north Georgia, authorities said.

Gilmer County EMS director Tony Pritchett said the bus was traveling north on Highway 515 when it struck the rear part of the truck, which was trying to cross the highway at Whitestone Road.

The injured were taken to local hospitals, with one person airlifted, Pritchett said.

Officials didn’t release the identity of the person killed.

The wreck happened about 55 miles north of Atlanta.

“The front of the bus was destroyed,” Jessica Crenshaw, a motorist who passed the wreck, told CNN.

No charges have been announced. The Georgia State Patrol is investigating.