Michigan barbershop gives kids a discount for reading out loud 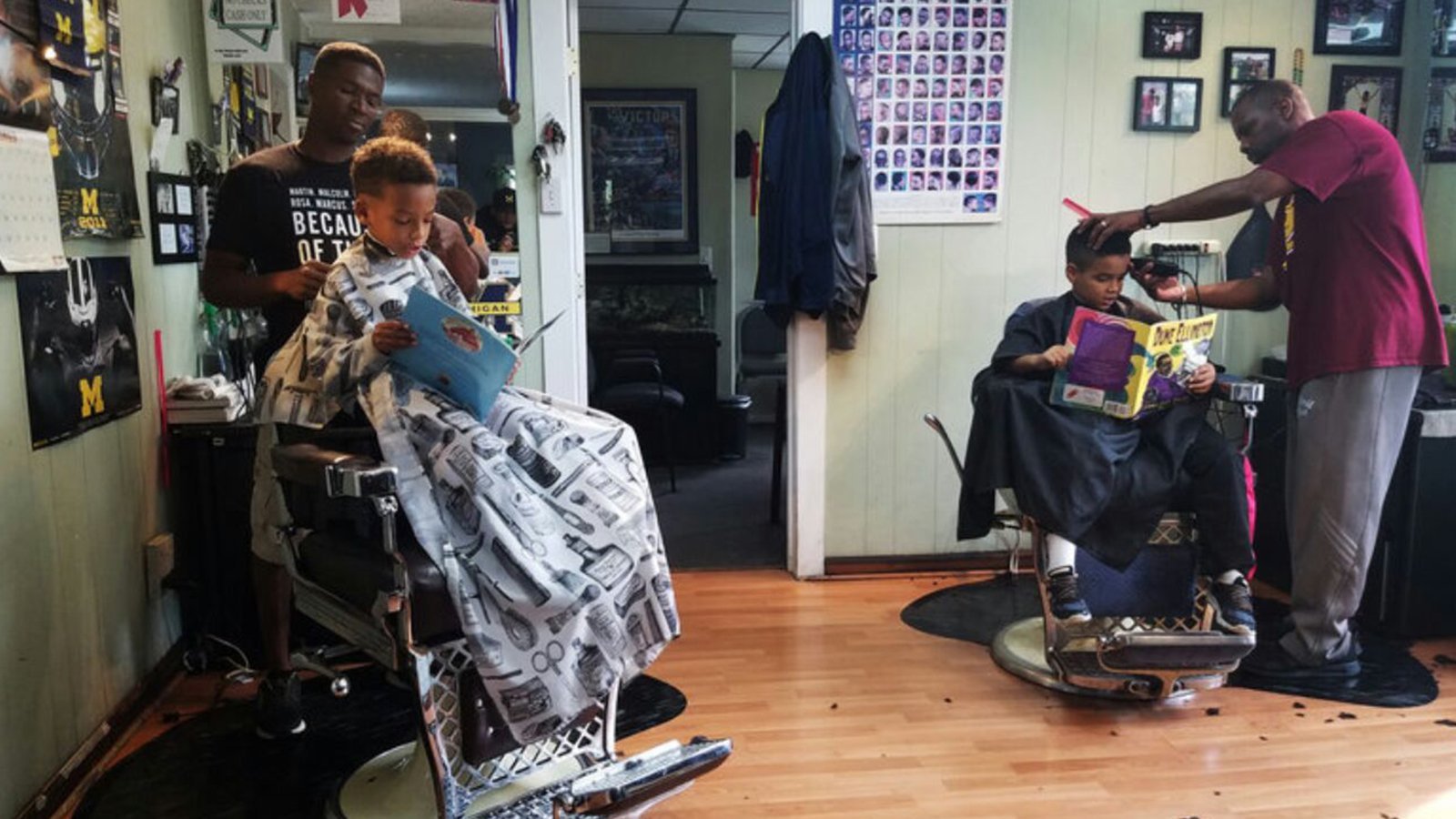 A barbershop in Michigan is offering its younger clients a discount for a haircut — as long as they read out loud.

From $10 a haircut, kids can get back two bucks if they read to their barbers.

But, wait! There’s more. Kids also get quizzed on what they read.

“It’s not just about reading, but also about comprehension,” said Ryan Griffin, the barber who created the program at The Fuller Cut barbershop in Ypsilanti.

Griffin, 44, said he was instantly inspired to offer this deal to his younger clients while reading an article about another barbershop incorporating the same concept.

“It hit me like a book! I was like, that is so responsible to have these kids not waste their time just either sitting there doing nothing, or playing a video game. They can read,” Griffin told CNN.

Almost all of Griffin’s clientele is African-American. He says he really wanted to offer his younger visitors books with a strong, positive message.

Books like “Chocolate Me,” “Big Hair Don’t Care” and “I am Mixed” are among the hundreds of titles in the shop’s library, Griffin said.

Some kids opt out of reading because they most likely feel intimidated to read out loud. However, it doesn’t stop Griffin from encouraging them to read.

Griffin said he will correct them along the way with any words the kids don’t know how to say. And he has seen lots of improvement from his readers.

It’s been a little over a year since Griffin got this program going.

The kids and parents both enjoy it, he says — especially being able to get a $2 discount. Because why not?

But to Griffin it’s a simple thing. It’s about giving back to the community and paying it forward through education.

“I truly believe it’s an absolute simplistic thing. It didn’t cost me one red cent to get this program started, and I say it because all it took was somebody else to inspire me and the barbers here,” Griffin said.

“It’s taught me that it doesn’t matter how big you think your contribution is, because even though you may think it is small it might mean the world to somebody else. If I could say anything, it’ll be just do something. Because you never know the magnitude what it means to somebody else.”