Two men die after being trapped at Suffolk landfill

SUFFOLK, Va. - Two men who were trapped in a vertical concrete culvert at the John C. Holland Landfill have died.

Emergency crews were called to the 4800 block of Nansemond Parkway shortly after 11 a.m. Tuesday.

Crews used rope and harness equipment in an attempt to rescue the men, who were employees of the landfill.

The pipe where the men were trapped was 20 feet deep and three feet wide.

The victims have been identified as Eric O'Brien Williams of Portsmouth and Stephen L. Wilk of Moyock.

Police are making us leave the scene & go to 84 Lumber down the road. There were people who were visibly upset pic.twitter.com/8BAGN4BDHp

Due to the landfill being 70-acres, 4-wheel drive vehicles had to be used to transport crews and their equipment.

The cause of death is undetermined at this time. 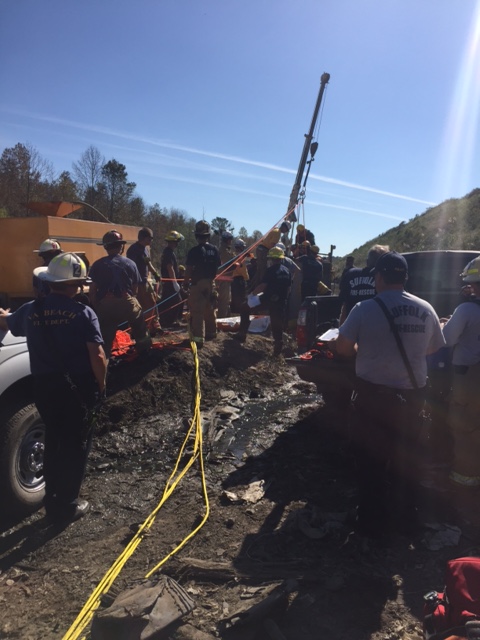