It’s been more than a week since Hurricane Matthew socked the Southeast with powerful winds and torrential rains. But parts of the region are still reeling.

North Carolina is facing devastating floods, and governors in several states are asking for help.

The storm killed 45 people in the United States. More than half of the victims were in North Carolina, where 25 people died due to Matthew, Gov. Pat McCrory said Monday, revising an earlier tally that had listed a higher death toll in the state.

Even though the weather has improved, dangers from flooding remain, the governor warned.

“Everyone assumes it’s safe. It’s not safe right now,” he said. “If you’re near water, water will kill you.”

Here are the latest details on the storm’s impact in the United States:

Flooding: In some areas, the floodwaters are receding. But in other places, the worst is yet to come. The Waccamaw River near Conway, South Carolina, is expected to crest Monday night at its highest stage in history, according to the National Weather Service.

“It will be a couple of weeks before we see all the water go away,” South Carolina Gov. Nikki Haley said.

In North Carolina, emergency officials predict that it will be a week before all the state’s rivers are below flood stage.

Power outages: At its peak, Matthew left more than 2.5 million customers without power across five states, according to the U.S. Energy Information Administration. By Monday, more than a week later, the lights were back on in most places, officials said.

Damage estimates: The tally of how much damage Matthew left behind is ongoing. North Carolina officials are already saying more than 100,000 structures worth at least $1.5 billion were impacted by the storm, but they haven’t released details about the damage. So far, McCrory said Monday, federal officials have granted $17.7 million to North Carolina in the past 10 days.

Farming could be one of the hardest-hit sectors, the governor said, affecting everything from crops such as peanuts and sweet potatoes to livestock like poultry and pigs.

“We will not know the long-term impact for weeks to come,” McCrory said, “but it could have a major, devastating impact on our (agricultural) community.” 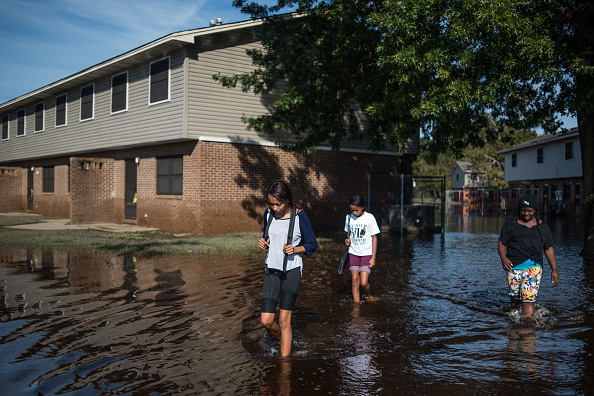