In pictures sent to News 3, three teenage females are dressed as police officers and one teen is dressed as an inmate holding a Black Lives Matter sign.

The students wore the costumes as part of Spirit Week at Nansemond River High School.

The school sent a letter home to parents Wednesday afternoon.

News 3 spoke to students outside the school and most said this situation was being blown out of portion.

Student Angela Bardelli said, "I know the four personally and they didn't mean for to be racist, it looks really racist but they're trying to spread awareness."

School district officials said the girls wanted to bring light to the Black Lives Matter Movement and regretted that the images were depicted in a negative way.

Student Elizabeth Best said the girls had good intentions and many students were talking about it. "People arguing about who's right and who's wrong," said Best.

Nijha Shanon said the images were taken out of context and said, "We are trying to get T-shirts to support them."

Student Gordon Westray said, "People need to come together and instead of taking division .... we shouldn't have division over something that small."
Nathan Foster said, "I feel like they went around it the wrong way of doing it, but I know they meant right but the way they went around doing it is just wrong."
Student Cassidy Simmons said, "I think was blown out of proportion and none of them are racist."
News 3 spoke to the mother of one of the teens who said she had no comment about the situation. 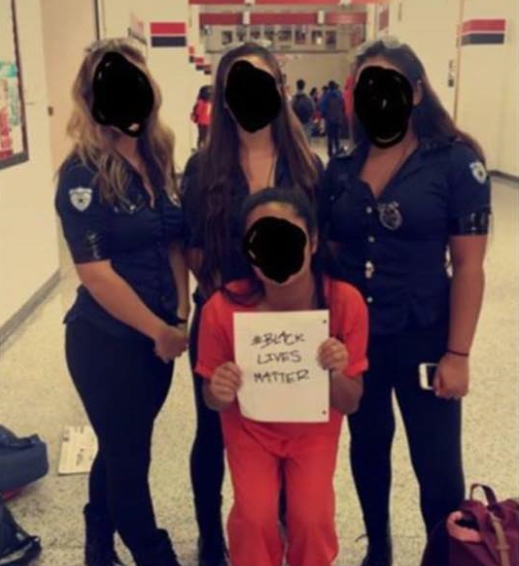